I contemplated not sharing this, but then I thought it’s Thursday, have a hoot.

Why did I do it or why did I share it?

In a round-about way - I think Lys is encouraging you to play opponents that are closer to your rank so that you have more of a chance to learn, rather than to just be wiped from the board by an opponent much stronger than yourself, without necessarily understanding why or how it happened

Just for the fun of it, see how it would go. That’s why I chose a bot.

I expected to lose spectacularly and 7d bot to wipe the floor with my hair, but I didn’t expect my existence to be wiped from the face of the earth.

(Although I always lose, I hadn’t played against such a strong opponent before, the difference I could feel tbh. Everyone is stronger than me, but the “I’m f​:heart:

ed” feeling after each opponent’s move was something else. I don’t know if I’m expressing this correctly.)

I wasn’t offended in the least in any case.

I really posted it so that people can have a good laugh and I really played it once just for fun.

I see your point!

I never know what to do if I start with 3-3 and someone shoulder hits move 2.

I don’t really know how to utilize AI review yet.

Would you like to explain a bit more? What should I take away from move 3?

What should I take away from move 3?

You played the best move KataGo cam up with.

As a rule of thumb, win rate drops of less than 10pp are good enough (if your win rate was > 20% before), just choose any of those moves. Just take a look at the “key moves” and what happens at the graph above and you should be fine.

The interesting move is move 5: 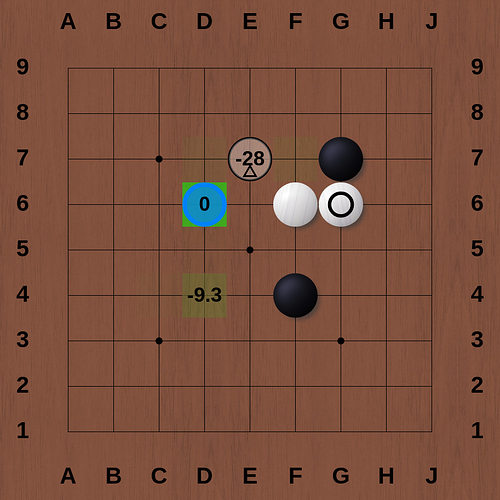 If you play E7, white will split your stones and gets the top in exchange for nothing. 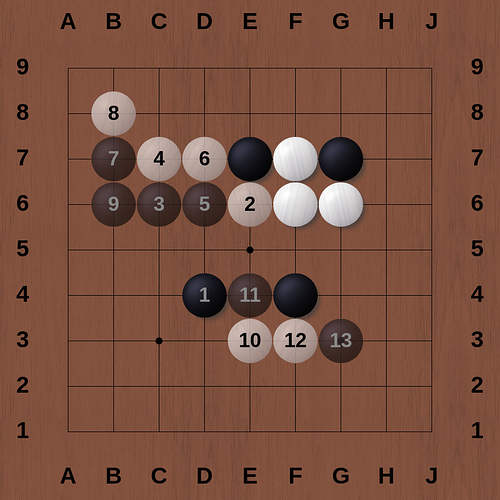 If you play D6 instead, white gets the top right, while you get potential on the left and bottom 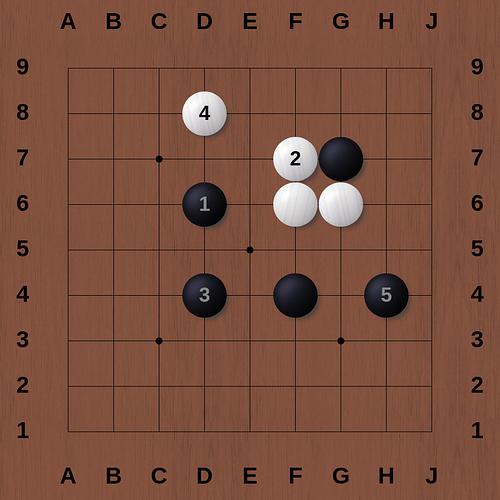 You might want to take a look at the following 2 videos on how to (not to) use AI reviews to get better.


The key takeaways are

Everyone is stronger than me

We all know that feeling.

When I was so newbie that I was scared to play against humans, I found very useful to spend some time on my phone playing against “go free” app (android). Not only it wasn’t intimidating, like all bots, but I was able to undo moves and check the outcome of various moves from the same point in the game.
It was a sort of exploration and review by myself.

That helped me a lot.

After that it was way easier to play on OGS against humans because many players of my rank were still trying to understand the game by playing one game at a time, which I think is very slower than what I did.

I’m both happy and slightly jealous when I play against another TPK and they do so much better than me.

” and “I’m ashamed of my bad stone choices

ive never done well against another tpk who has basic understanding in 19-19. i tend to beat brand new players who get seeded against me and 9-9 oppos.

one of my personal favourites played a1 as his/her first move. strangely all tension drained from the game at that point