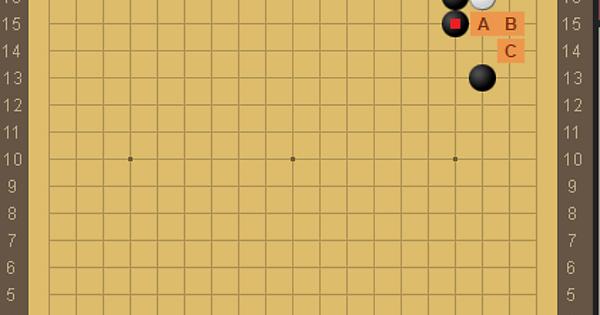 Josekipedia has some of the variations but doesnt explain. From my game search, I found that A is the most popular and followed by B and C.

Thank you all for your time.

I’m not clear on what your question is, but I’ll answer as best I can.

Josekipedia suggests it’s not the main line because White played an inferior move (P17 in your review). In the line you gave, White departed from the joseki, and you agree it’s better for Black than the main line, so I don’t see what the problem is.

I don’t understand what W gains by playing so low at O17 for.

I assume you mean White O18. Josekipedia suggests that White O18 is suboptimal, so again I’m not certain what the problem is. The point is that White doesn’t gain much, so you had better play the joseki move to get a fair result.

I didn’t see any other questions in the review, so I’m certain I’m missing something. (Sorry, @hiryuu! Spoiled a perfectly good first reply post.)

Nah you didn’t spoil it no worries! My fault for not being clear enough I guess.

My question was why this is not considered standard 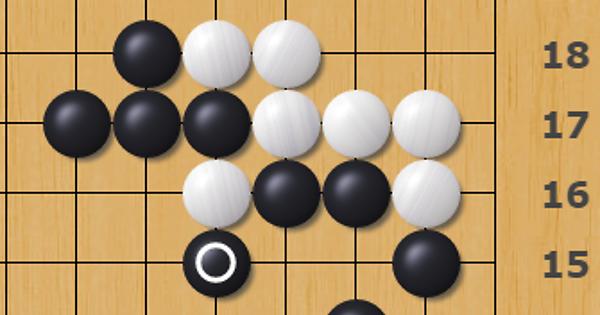 The first example, correct me if I’m mistaken, was supposed to be more solid at the expense of giving White more territory by playing P16 instead of the usual P17 and giving W the opportunity to atari? But from this line after B plays A (P16), it seems W did not get more?
So I’m wondering if this was because W chose a line (Option A in my first post instead of Option C that gives more points) that was less territory oriented?

If so, does Option A give any more benefits than C, considering the choice to get less territory? Because I can’t see any benefit. Both seem to offer no marked improvement over cutting Black.

I can’t find this info in any joseki books I have as they usually cover only the main line and my option A line so I’m hoping someone has this knowledge or their dan level knowledge can figure this out.

I think that lack of labels is making it hard to determine what is “the first example” and what is “Option A” and “Option C.”

It seems that both Black moves (P16 and P17 for the fifth move) are standard. If you’re saying that the situation where Black plays at P16 (the first example?) is inferior compared to a Black play at P17, well that’s just not true. You said yourself that “after B plays A (P16), it seems W did not get more.” Black also has more options besides O17 after White P17 for taking sente. Therefore Black’s P16 is not worse than your standard line at P17.

Yeah it can get confusing when there are separate alphabets in both my previous posts, but I don’t know how to make it clearer. Supposed I could’ve used numbers, but then converting them to a picture again. which I had hoped would make it clearer, is a hassle. It apparently failed to convey the message anyway.

I see. Then I’m surprised why the P16 line seems more common in texts then. From what I’ve seen P17 is usually recommended if there is another pre-existing stone around the side hoshi point. I guess they are equal alternatives then even without that stone since locally they seem fine.

Thank you for your time!