this sucks via cell phone, but the idea is great!

so can anyone integrate this into OGS/a new client?

This could cause me serious problems!!!

Yep… THAT kind of problems!

I bet this is another example of an app that gets rediscovered over and over again.

And unfortunately despite this being a fun thing to play with, one needs to understand joseki, not just play through it.

I imagine there’s an ongoing debate about the usefulness of simply knowing how joseki go.

A second unfortunate thing about this app is that Kojo’s is really quite out of date. I suppose that old joseki would generally still be good for something, but when a silly ole DDK like me can recognise valid joseki (at least according to josekipedia) that the app says are not … you have to wonder. 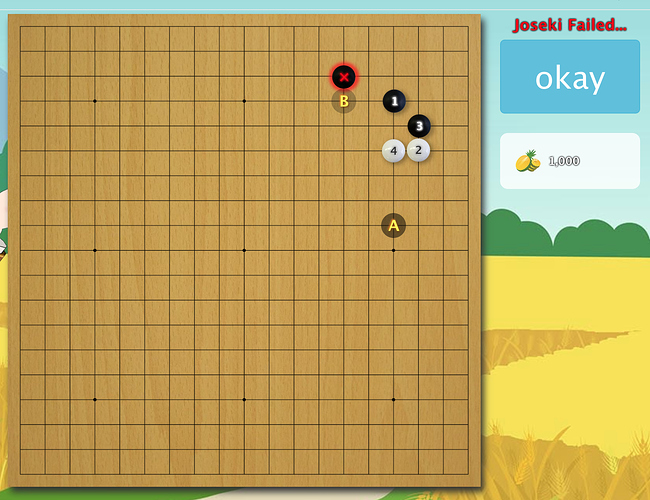 Alpha is the stage when key gameplay functionality is implemented, and assets are partially finished.[153] A game in alpha is feature complete , that is, game is playable and contains all the major features.[154] These features may be further revised based on testing and feedback.[153] Additional small, new features may be added, similarly planned, but unimplemented features may be dropped.[154] Programmers focus mainly on finishing the codebase, rather than implementing additions.[152]

Sure and… we’re doing alpha testing and giving alpha feedback…

If possible, they should merge Kogo’s and Josekipedia data, that would at least cover most of the less common sequences.

But more importantly… how could you possibly miss the chance to call it AlphaJo ?

I don’t think you can download josekipedia can you?

I guess you could crawl it…

how could you possibly miss the chance to call it AlphaJo ?

And then BetaJo when the (beta) is released?

Notice that the site was developed before AlphaGo, in 2015. And it didn’t change much. So it’s forever alpha.

This can be a starting point: 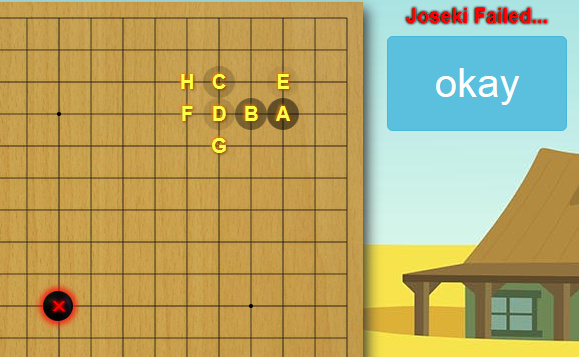 I wonder if the colour is related to the number of variations.

If you open with tengen, that’s a fuseki, not a joseki, right?

That was a probe.

yes ive given up on this thing.

Oh, you shouldn’t (well, you should give up on josekifarm, but not the idea of having this sort of thing).

I’m working on it now

I’m not going to attempt to “integrate that thing”.

Rather, I’m building a feature like this for OGS.

Very early days right now: I can click in one direction through joseki sequences that I have manually loaded into the back end.

Before too long I’ll be needing input on how the curation and filtering should work. 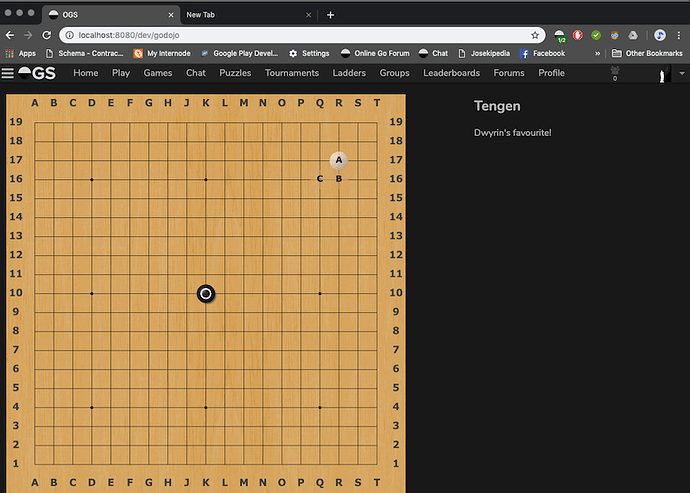