We are finally trying to move forward with the idea of some OGS Merchandise, so you would have something nice to remember us by

- mostly t-shirts and a mug or a button for others to recognize you on a congress or a tourney.

At the moment we are going with the spreadshirts platform, but the biggest challenge is (rather not surprisingly) coming up with the designs. Any help in this area would be very appreciated (and thanks to those who already did @koolbreeze should see his idea below

) whether by giving us some feedback to work with or designing something on your own you would not mind us using (obviously it has to be a non-copyrighted work - no stealing) Also, if you would honor us with your own design remember that unfortunately we cannot design the whole t-shirt, back,front, and small thing on a sleeve are the printable areas.

So far we have tried these - I thought the black and white color scheme fitting, but do you think we should go with colors too? Just let us know what you think - so far we have this: 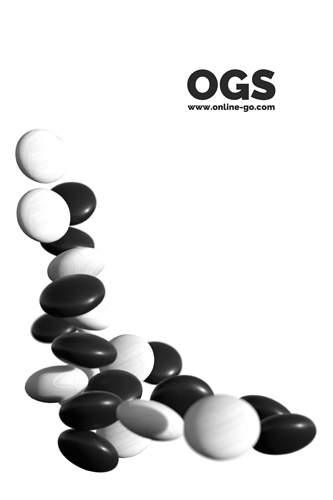 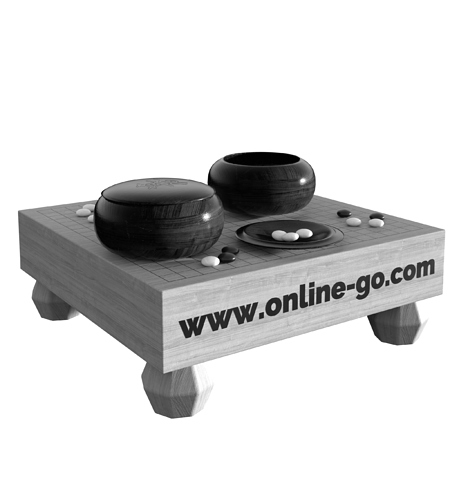 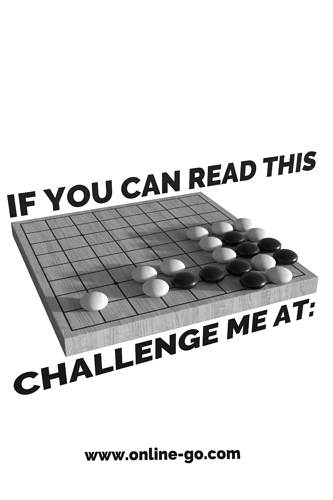 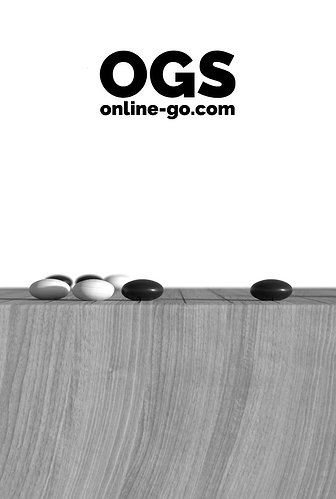 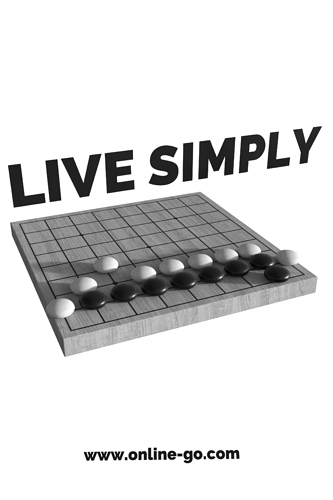 Well I already know everyone else is going to swoon over this, so I’ll leave that to the swoonies and be the curmudgeon you need me to be.

Great idea, mild execution. I’m not much of a designer, but there are a few things I know about tees and the problem I see is with the detailed prints. They never last long and when they don’t, it will both be difficult to figure out what’s going on in the by-then granulated picture and you have to go back to 1994 to wear them in public. Even then you better be the lead singer in a Grunge band.

I would also cut the 3D / perspective shots, remove the grain and replace all of it with stylized boards, more minimalist; preserve ink and make it look fresh™. Also, I like Back to the Future as much as the next guy, but if OGS wants to purport the new kid on the block image, maybe that new kid should not use angled text from the 80s.

Well that’s my two cents, the floor board is yours.

Thank you @AdamR for incorporating my design. I’d buy it. I also like the button idea. Thanks @lysnew for the great idea.

I assume it’s ok to throw down some ideas even if the best one can do is microsoft paint. In current designs I think the weakest points are 3d (3d space looks kinda weird) and shades. I’d think pure black and white can make lovely designs.

I’ve seen cool black shirts with white paint making a picture using relatively simple shapes. Picture should be memeable though, flower joseki? Anyway, best I can do is empty triangle in ms paint, so here’s how it generally would look like: 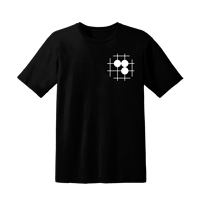 A quick note on color schemes: anything black on white/grey is fine, but white on black means the shirt will already be saturated with dye and it requires a special process to glue on the white paint. These things are very sensitive to wear and tear, so if you’re planning on larger-scale designs, I would advise to stick to black on white/grey which stays pretty for a longer period of time

If any color were involved at all, I’d recommend using a light shirt dye as grounding and black for linework.

Depending on whether shirts can be customised at order or if there would be a ‘set list’ we’d pick from.

I’d like a simple ogs logo on the top left beast (or even just “OGS” and then on the back, either a tsumego of the buyers choosing or one voted on in here.

I’ll kick off the suggestions with this one: 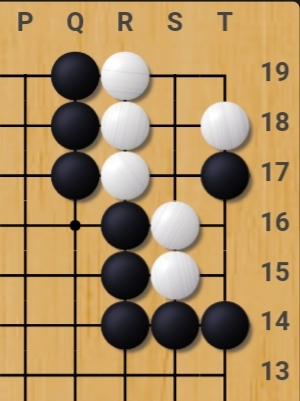 When you think about it, it’s really showing that we don’t have an OGS mascot. Without a some kind of significant to OGS symbol, all we have to put on a shirt is go positions.

The OGS logo is iconic enough in my opinion.

The OGS logo is iconic enough in my opinion 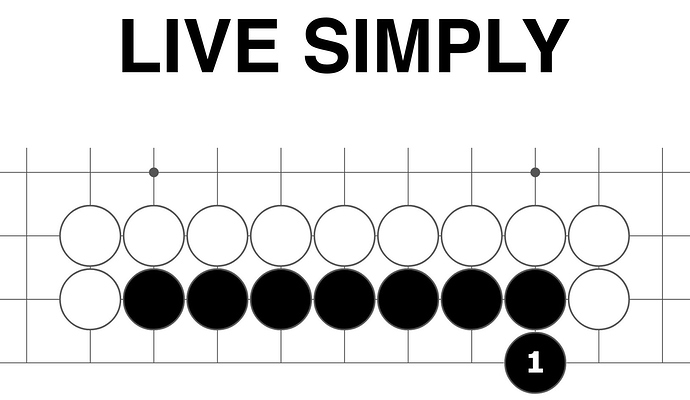 I’d like to see the large ‘live simply’ design farraway posted on the back of a shirt, with the OGS symbol superimposed on a simple 3x6 grid on the front left breast of the shirt. I think that would look great.

I actually invisioned the opposite. The Live Simply design on the front to the T-shirt and the OGS logo across the back.

I like that as well. either would be good

the OGS logo across the back

I like that, and it amuses me to realize that some people will confuse the OGS logo with the Yin-Yang symbol.

I once saw a t-shirt that read “sente dragon”. It had nothing to do with Go, but it obviously caught my attention.

I once saw a t-shirt that read “sente dragon”. It had nothing to do with Go, but it obviously caught my attention.

We should use that anyway, it’s a cool line

I tried to think of ideas on how to use it, but came up short.

Perhaps: ‘I wanted a hippopotamus for Christmas but instead I was sente dragon.’

There is no word you can substitute for hippopotamus that would make receiving a dragon disappointing.