I downloaded some active players (I hope I didn’t make server sad with my requests) and plotted number of players for each rank.

Blue bars include all players.

Percents on the bottom show percent of the players weaker than certain rank (or exactly percent of weaker players + half of equal players), based on stable ranks.

Props to 41k for keeping playing.

How many players did you sample? It looks like only a few thousand? Aren’t there many more active accounts on this site? How did you select which ones to sample?

As long as they were randomly and independently selected (easily done with any bot / code) he only needs 20+ samples for statistically significant results.

Well, it’s not a serious study of course. I just jumped through recent games. So I might have touched some timezones more then others.

Not sure how accurate this is, but it looks more or less sensible. 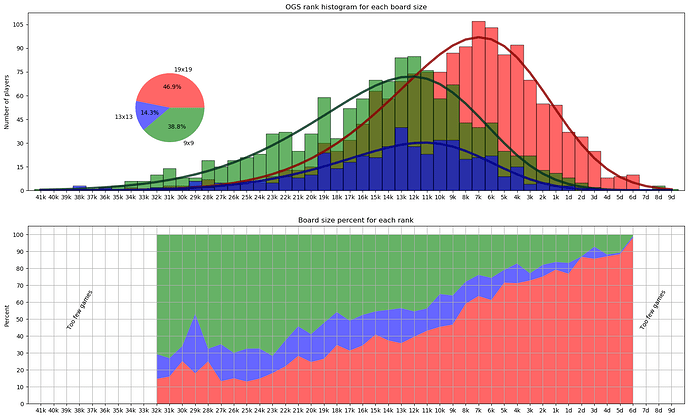 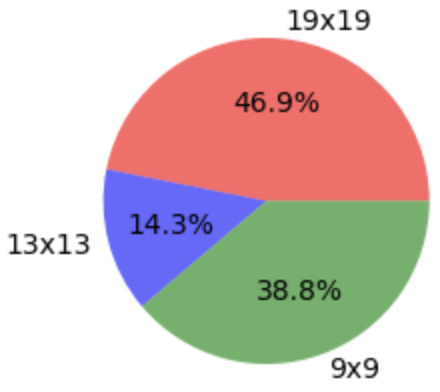 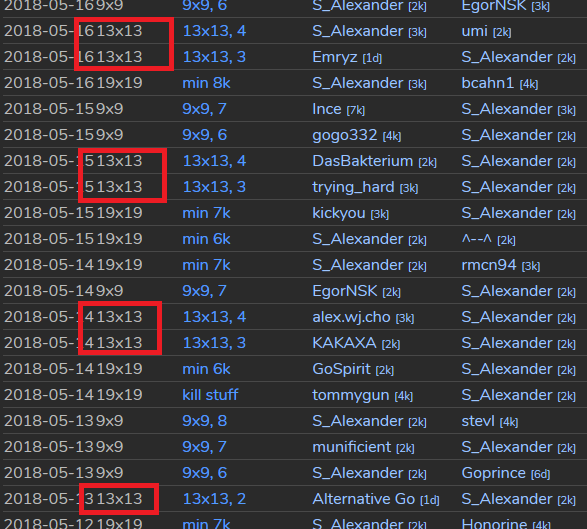 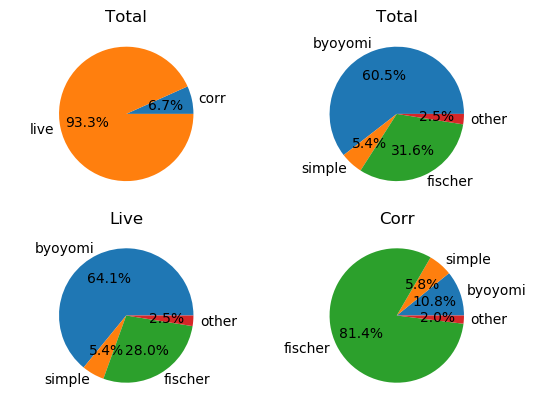