There’s an update to OJE on Beta : OJE now tells you if the board position that you are at is part of some other sequence that leads to the same position.

This is represented by “See also” underneath the “Description” of the position.

I tried Q16,Q17,R16,R17 and it doesn’t recognize this. It works only with sequences that are already there and not as a pattern search, right?

Maybe being able to search for a sequence regardless of the order of moves might be helpful.

Search-for-a-position sounds like a nice idea. It’s possibly a teeny bit expensive on the back-end - I’ll look into it!

Yes - the thing that is “the same” is the “board position”. It’s telling you “this position can also be arrived at by this other sequence”.

Can you share more about the thought process that would motivate this feature?

It is something like “I’m sure this position, that I have entered in this way, is in a joseki sequence, but I can’t figure out how it starts”?

Yes - the thing that is “the same” is the “board position”. It’s telling you “this position can also be arrived at by this other sequence”.

Okay. It was a less dubious thing with “passes” in between (e.g. 30808) but in my opinion " black to play" and “white to play” could change what it is. I feel it could be an important information that changes the position only. It’s okay to have it based on position only though

Edit: sorry for what I wrote earlier, incomprehensibility caused by my laziness

Can you share more about the thought process that would motivate this feature?

Something like “I have a picture of this joseki but not the sequence, I would like to know how to create it” maybe?

Waltheri has a nice implementation of “search for moves by formation”. It lets you choose either the next move for black or white, and gives you the order of appearance in pro games.

Interestingly (or not if you’re in the know), one player’s top moves also tend to be the other’s top!

I do not think OGS can replicate this, but the ability to search for formations is really nice.

As a comment on the “See also” feature, I wonder would some manual tagging work better, or rather than manual tagging, only referencing the source or end nodes of a position that matches with the current sequence to cut down the number of entries a bit in the lists.

There was some recent updates to it that went to beta a while ago I had meant to have a look at it to test it out but maybe that could be it? One thing I’ve noticed that this new “See also” feature seems like it just nearly references almost every other joseki position Like even at this point, it seems like there’s about 19000 things in the list (at least counting the children of the div that contains them) [image] So maybe something about that is slowing the whole thing down. It does …

I mentioned here that it might not be that useful to have 19000 things in a list that you can scroll sideways through, so maybe to expand on what I mean: 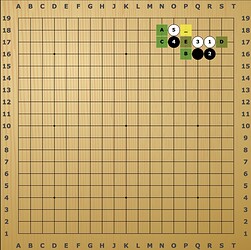 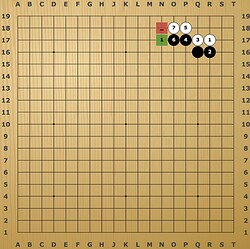 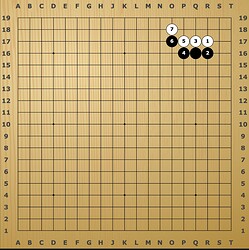 but no later continuations of the positions/joseki. The reason it would be these two for example, is because in these joseki, the previous moves remove the O17 and O18 stones which are stones 4,5 in the first position.

image1254×1256 155 KB
from before, because it ends here and links to another move order to get the continuations.
It might also link to 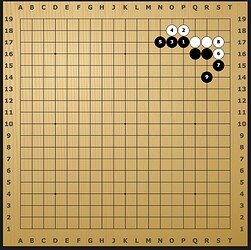 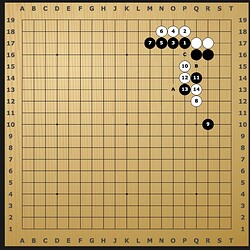 among other things, depending on whether one filters by stuff like “Joseki:done” or not.

See Also appears broken. It should only list identical positions (reflections and rotations).

As per other thread, this should be in Prod now and working as far as I know.