Along with some bugfixes, I’ve made it so that the “Joseki” filter is enabled by default when you arrive at OJE.

This has the benefits of:

We’re working on improvements to this, in as much as many Joseki sequences don’t feel like they are “Done” when you get to the end … they are unsettled “fighting patterns”, and yet the tag is “Done”.

Somehow this could be better, still in debate.

I will add here what the current meanings of the relevant tags are, and how it’s supposed to work:

Nodes with Joseki: Done might be Settled or Fighting Position

Filter tags can be combined, so you can use a combination of Joseki: Done, Position is settled in the filter to find only “settled Joseki”.

I think the rest of the tags are self-explanatory.

( * ) : there are some positions in OJE that are marked Position is settled but not Joseki: Done. These are typically positions that result from a “Good” rather than “Ideal” move in the sequence.

The Joseki Contributors debate the inclusion of these kinds of positions, and opinion ebbs and flows over time

Addendum: it sure would be nice if a kind documentation-oriented volunteer popped this information into the actual documentation!

Joseki: done (Japanese)
Position is equally good for both players

Joseki: done (Korean)
Position is equally bad for both players

in theory non-Joseki paths filtered out by this should be a very small subset of all the paths, because OJE is supposed to be “validated Joseki only”

I’ve been wondering what to think of positions like 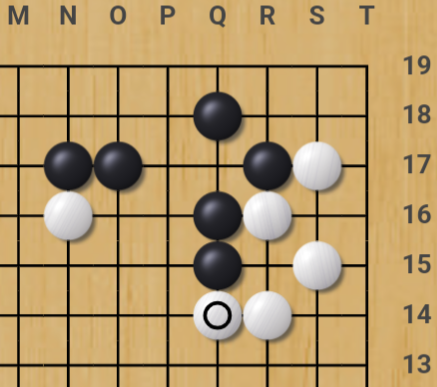 which are finished sequences of “IDEAL” green moves yet not marked as joseki or continuations or tagged with anything. Now they’ll be hidden by default. Was this important information or something that didn’t really belong in OJE anyway?

It’s in the class of “debateable”.

If you feel that it really is Joseki, you could contact the contributor to chat with them about why they didn’t mark it that way.

If it’s not Joseki, personally I’d prefer it wasn’t there, but the filter system (and the new default) makes this less pressing than it otherwise would be.

Now they’ll be hidden by default. Was this important information or something that didn’t really belong in OJE anyway?

Thanks for pointing it out.

These will come up now and then. They are stubs that aren’t the most established Joseki due to extra branching but I felt like not including them was also misleading. Like it would be saying that 1 here: Play Go at online-go.com! | OGS is necessary somehow when it is only played under 1/3 of the time. Yet 1 is the only very established pattern due to a lower branching factor.

I thought this deserved including to paint a better picture and I’ve always withheld “Joseki:Done” in these cases because that tag also felt misleading.

Now that these would be hidden without the Joseki:Done tag, I will revisit and tag them or reconsider if they are important variations.

Now that these would be hidden without the Joseki:Done tag, I will revisit and tag them or reconsider if they are important variations.

This is the sort of ongoing debate and discussion I was referring to. There will always be grey areas with any policy, so we have to learn and adapt as understanding is gained and then changes.

It may be that there is another “class” of Joseki that needs a separate qualification for specific selection (like “Position settled”) or additive inclusion in the default (a second one like maybe Joseki: rare or Joseki: extended, that you can take out from the default if you don’t want them, but at least you see them to start with).

Somewhere around here someone said that the filter you choose should persist, instead of resetting back to Joseki: Done each time you visit. I can’t find where that suggestion was…

Joseki: done (Korean)
Position is equally bad for both players 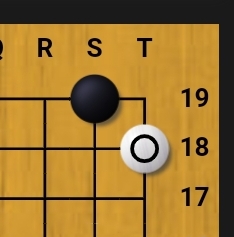