We felt like we kind of just fumbled around during this game, playing too passively. I played white in this game. LMK what you think! 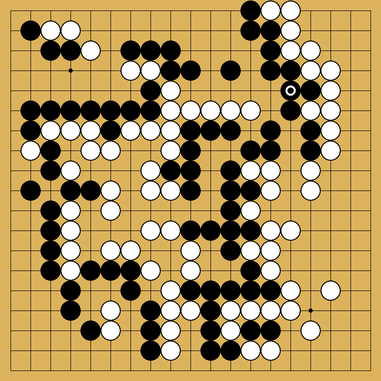 get ready to get dunked

Hey! Sorry, I just added it.

I think it’s a marvelleous thing to meet the one who summoned you to the creed, and show him the fruits he bore when he first sewn the seed. He should be very satisfied to have a go-playing friend like you!

Last summer I had a chance to play a couple games against a family friend who used to play go with my dad when I was a kid (this was how I first learned about go, though I never played either of them before, and didn’t really get serious about learning until 30 years later).

I was very happy to get a chance to play him after all these years.