Please fix default New Zealand rules komi for 9 x 9 and 13 x 13 ranked games from 5.5 to 7.0. (19 x 19 ranked games already have 7.0 komi by default.) This is separate from the issue of how OGS handles ranked draws (correctly, but only by moderator decision during the scoring phase; known issue with a promised fix in the indefinite future).

Copy/pasted from locked old thread I was trying to bump. Pinging @anoek again for good measure.

Not really NZ rules if it doesn’t have NZ komi now, is it?

Has that been specified in the NZ rules somewhere?

I’m not sure that official rule sets will specify non-standard board sizes but there has been a lot of discussion on here (and elsewhere I’m sure) generally concluding that Komi should be the same for smaller boards as bigger ones. There doesn’t seem to be a good reason for this not to be the case under NZ rules too.

(Edit: I’m actually not sure what Komi is used on OGS for smaller boards under other rulesets but if different to 9x9 and the distinction is to be maintained for NZ then the Komi on the smaller boards should at least be an integer. Presumably 5 in this case if 6 amounts to the same as 5 and we don’t want to go to 7 for some reason)

With the small exception that 13x13 auto-handicap games that should be even actually get a 0.5 komi.

all other sizes, even 2x2

default komi for unranked games is irrelevant, since it can be customly set to anything desired.
The discussion here is about what the fixed komi is for ranked games (ranked games are only possible on 9x9, 13x13, or 19x19) since this value cannot be changed.

since this value cannot be changed.

Oh. Maybe the first step could be to at least allow custom komi for ranked games? Since we already can choose to play ranked at two different komi values (the default and auto-handicap ones), it seems that the system can handle it to some extent.

The system is carefully calibrated so that handicap stones match to rank differential, replacing komi for uneven matches.

I do not know if it would be possible to rank games for custom komi since it is not universally agreed how much komi each handicap stone is worth (except, obviously the first one), whereas handicap stones literally define ranks.

I do not know if it would be possible to rank games for custom komi since it is not universally agreed how much komi each handicap stone is worth (except, obviously the first one), whereas handicap stones literally define ranks.

I think it is more or less standard in real life komi handicap (at least in Europe) to equate 1 (full) handicap stone to about twice komi. In practice I have seen values of 10-13 points per handicap stone (with Japanese rules), where I think that the lower value of 10 gives white an advantage.

That is also in agreement with KataGo’s evaluation of about 13 points per (full) handicap stone under Japanese rules.

Even if the official rules don’t explicitly give komi values for other board sizes, it should certainly be an odd integer on odd boards to stay in the same spirit. Given this, 7.0 is the most reasonable value for sizes 9 and up. It’s our current best guess for perfect (area scoring) komi on all these sizes. Especially on 9x9, it would be surprising if perfect komi turns out to be anything else than 7.

A komi of 5.5 is quite a large handicap in Black’s favor between high level players on 9x9.

Edit: Maybe “quite large” is an exaggeration… here are some KataGo winrates on 9x9 (source) for reference:

NZ is area scoring, right? So doesn’t that mean all values between 5 and 7 don’t affect the result? 5.5 is the same as 6.5 right? So 5 and 7 are the only meaningful alternatives to 5.5, which may as well be any arbitrary point between the two odd integers…

Why would any value between 5 and 7 not affect the result? What are the assumptions?

Of course if that were actually fully true it might defeat the purpose of integer Komi anyway to get draws.

I think seki on 9x9 wouldn’t be too unlikely to be honest, it’s all just one big fight the way the bots like to play it, big fight and mad invasions and sacrifices (at least when reviewing my games).

Yeah seki muddles it a bit but the theory goes since there are finite integer points and the whole board is scored in area, black can’t gain an extra point without white also losing one, and visa versa. Meaning apart from some seki cases the score difference always changes in twos. That was the reasoning for Chinese going up to 7.5 instead of 6.5 when we all realised 5.5 was too low.

Yes, and this effect is quite evident in the winrates there

(I’m using KataGo’s reported winrates from Chinese rules even though we’re discussing NZ rules, I guess the only difference is superko which would be suuuuuuper rare on 9x9)

(edit: oh, suicide too of course - also very rare that it would affect the result)

When playing on GoQuest (with 7 komi), odd score differences happen maybe 1% of games? (total guess, but I feel it’s somewhere between 10% and 0.1% at least)

Not only do you need a seki, you also need it to be a seki with an odd number of dame.

I didn’t realize that the system ignored komi when considering handicap games. However, it seems obvious how to do it.

If you and I (rank difference 1.1k) were to play a ranked 13x13 match right now, we could either play with no handicap and 5.5 komi, or handicap “1” with 0.5 komi. Handicap 1 doesn’t actually change anything except komi, and apparently there’s code to estimate how much harder it is for you to win with the lower komi.

Whatever that measure of additional difficulty is, the system could allow changing komi from 5.5 to 7 by assuming the difficulty changes by 1.5/5, or 30%, of that amount, in the opposite direction. Surely this would be a good enough estimate to let people who want to play ranked games with 7 komi do so without it being especially unfair.

You missed that I said

(except, obviously the first one) 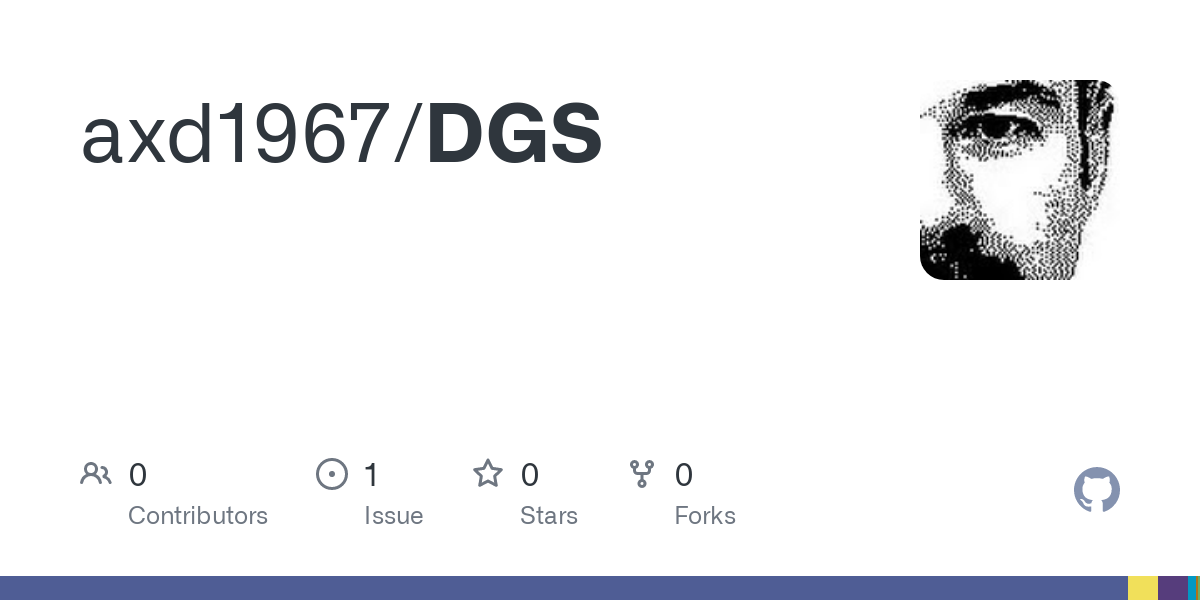 Contribute to axd1967/DGS development by creating an account on GitHub.

You can play a rated game of any size, any handicap, any Komi and the system works out probability of a win. If you win, rating goes up. The smaller the chance of winning, the more it goes up by.

No shame in copying what the competition do