For the most part I understand how to score/count territory buy I am confused by the following circumstance. 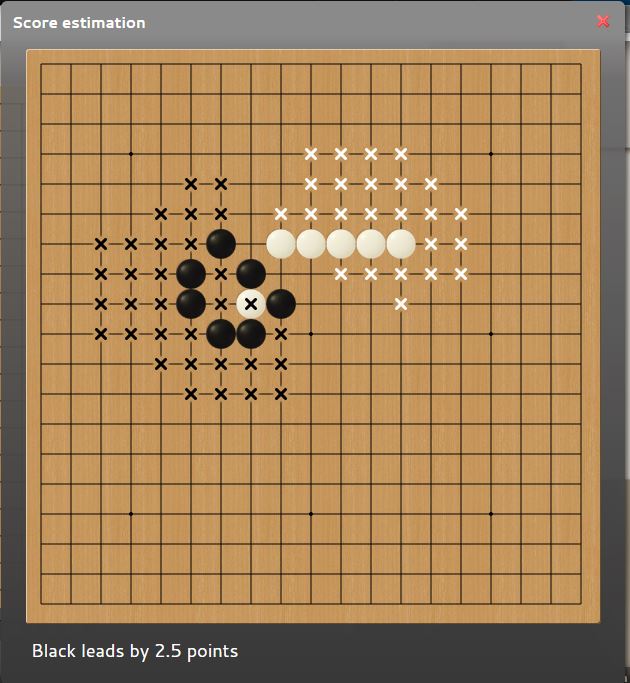 Any help with this would be great!

This isn’t scoring, only an estimation. Estimations are often very inaccurate.

In other words: Just because you’ve got a meat grinder doesn’t mean everything you grind is going to be meat in the end.

In other words: those intersections are eligible to become territory but they aren’t yet.

In other words: it’s more likely that these intersections become territory than others that are farther from played stones.
You could imagine it as a sort of “energy field” spread by stones.

At this point in the game, it’s just a statistical guess. Later on it could become more accurate, but beware! Score estimators may be wrong and also misleading sometimes.

Welcome to Go and OGS!

Ah ok so it’s an estimation, thanks everyone. So just to follow up then, what about this situation.
In the marked red area (by me), white has been given the points, it is not fully enclosed within white stones though, at B1 and J1 black is there with connection to other black territory, why does white get awarded the points? Or is it another estimation problem because the game did not fully finish, it was passed which ended the game: 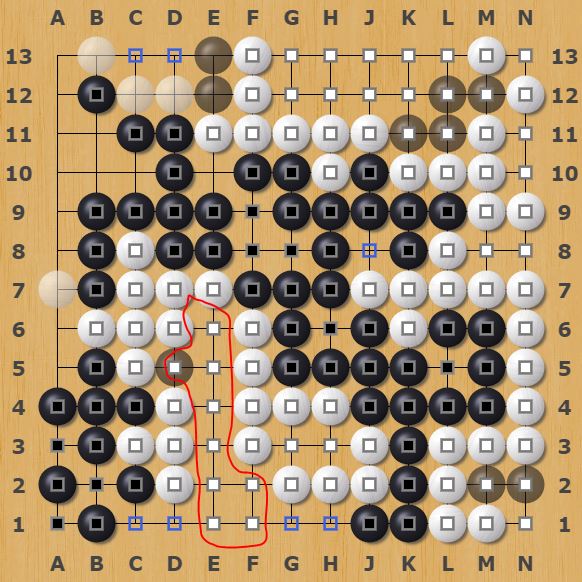 I’m getting the impression that you’re not entirely familiar with what estimation is.

Maybe so, but should the computer not mark it as neutral seeing as neither player actually had those spaces fully surrounded?

I understand what estimation is, I just want to clarify that it is also happening in this other situation.

Auto-scoring is far from perfect, that’s well known. When playing a bot nothing else will work though, as otherwise the human could always just cheat. I think I even read somewhere that it is recommended to kill all the groups of your opponent when playing a bot. Since they always play with chinese rules, it’ll never cost you.

Estimation and scoring are two completely different things. Scoring can only (accurately) happen if the condition is met that there are no more valuable moves to make, as in no moves (for the mover) which affect the outcome (positively for the mover). One of the subconditions is that all borders are closed, which isn’t met here.

Ok, thanks for the clarification, this makes sense now. As for which rules they use, I have the option of using Japanese rules but for some reason at the end of the game it still counts the stones, so I suppose it wasn’t actually implemented…not sure.

I think you would benefit from phrasing this as “I’m surprised to see x, please explain this to me.”

BTW: if this happens to you again, you should be able to resume playing instead of accepting the strange score. (Not 100% sure though if that works against bots, haven’t been in the situation yet.)

Do you mean I should edit the title of the thread?

Ok, good to know for regular matches, as far as I can see there is no option to do so against the bots.

No, I meant you probably shouldn’t assume something’s broken or missing before you actually understand the mechanism in question.

I worked in tech support for a while, and as far as i know, all webcomics about it are true.