Points on previews in the home screen

On each game preview in the home screen there are marks with some kind of “score”: those like “0 points” or “6.5 points” written on the sides.

I just wonder: what are they for?

In ongoing games they are pretty useless: 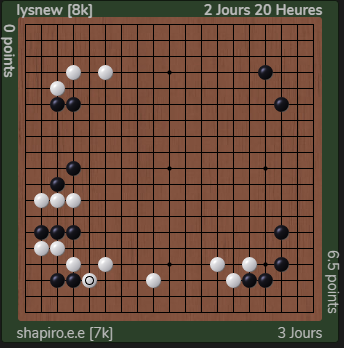 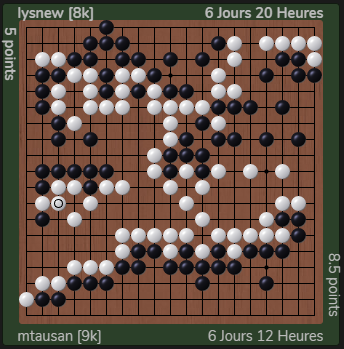 It’s like a reminder of komi and captured stones. Is it really useful?

In “removing stones phase” it’s even misleading: the score is there, just waiting for an approval, but the screen shows something completely different: 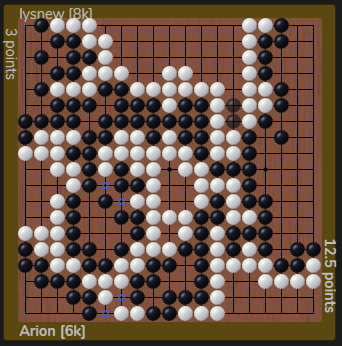 Afaik these points are just the captures, or in whites case komi+captures. i dont know why they are there… if youd want to count the game without entering the game page… i guess it makes sense to provide the captures together with the preview.

Ironically we have this feature, but not total viewers per game on the observe games page. /shrug

The OGS kibitz situation is awful compared to KGS, for a number of simple design reasons. Visibility - When you log on (KGS), you immediately see the highest ranked players’ active games. OGS shows you… a large page with your own games. If you’re not playing any games, it shows you a lot of blank space. Overview - If you want to observe a game on KGS, you just pick from the names, ranks, board sizes, move # or observer count. Notice: observer count. If you want to chat, this game with 20 peopl…

It’s like a reminder of komi and captured stones. Is it really useful?

In my opinion, yes. In addition to the state of the board, komi and number of captures are critical pieces of information that affects the outcome of the game, and they should be kept easily accessible at all times.

Edit: Perhaps having separate and appropriately labelled indicators for komi and captures would be less confusing. Personally, I think the current implementation reduces UI clutter in a reasonable way.