[Poll] How go should be advertised? 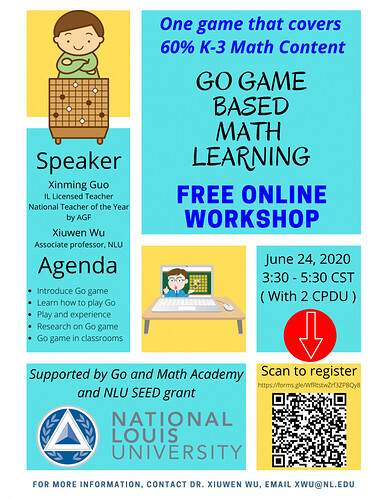 Our Key Stage 3 in the UK is 11–14, but this poster looks oriented towards younger students. 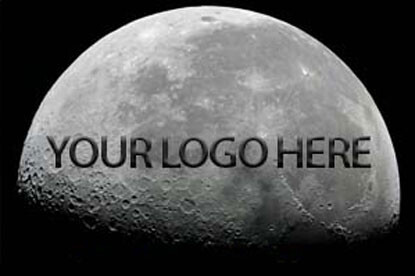 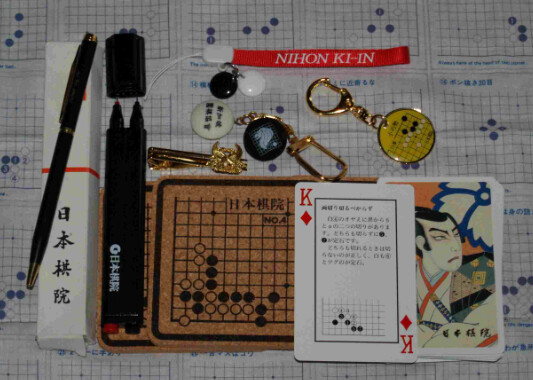 Items that promote Go can be purchased at the Go shop in the Nihon Ki-in in Tokyo. … Items have included hankies, playing cards, drinks mats, key-rings and tie clips.

Our annual competition for schools, the UK Go Challenge, produces items suitable as prizes … Each year a new design of fridge magnet has been produced for those winning three games or more

Since the responses turn out to be serious. Some of my ideas:

In which way would you like EGF pros to promote the game?

Give the EGF pros and high-dans English lessons.

Who would pay the EGF pros for promoting go? The EGF is quite poor.

The same goes for many of the other suggested actions. Who would pay for that?

The effort was made years ago. There wasn’t enough activity to keep it bumped up.

I think you’ll find this 1973 essay by Francis Roads, on establishing and promoting clubs in the UK, useful.

(The quote display is from a different article excerpted in the same post.)

#19 (January 1973), pg. 6, Wood You Believe It? The B.G.A. were interested in a letter received by Derek Hunter recently from Robert H. Rushmer of Massachusetts, U.S.A. It seems that Mr. Rushmer has met with difficulties in obtaining the sort of equipment he requires at reasonable expense, as has been considering ways of making equipment, particularly a board, and of materials which could be used. He recalled a sort of wood called kwila which he saw at Hollandia, or what was formerly Dutch New…

I’ll even summarise it further.

Who would pay the EGF pros for promoting go? The EGF is quite poor.

The same goes for many of the other suggested actions. Who would pay for that?

I guess so. The countries that produce these pros have super vibrant Go community.

In which way would you like EGF pros to promote the game?

I personally think they can have better online presence. Not in instagram way. But more streaming, regular youtube videos, more interaction in online communities (this forum, L19, /r/baduk, discords, and so on). The following is untrue of course. But the impression I got is they only care about paid students, having a go equipment store and improving their Go skills. And yet got slaughtered by Ryan Li anyways. But as the other guy said, no money.

And someone in EGF must realize Go is such a generic word. Sure you can prefer that word, but they should have included Baduk and Weiqi in their websites, patreons, youtube channels and so on. That’s why I said, they need help from some marketing guy.

Or just make a new Go Manga Series but I doubt either Jump, Weekly shonen Magazine, or Sunday think it would sell-well this days same goes to authors. But, i don’t give up hopes…

ps. sorry, idk how to quote specific sentences on this forum lol 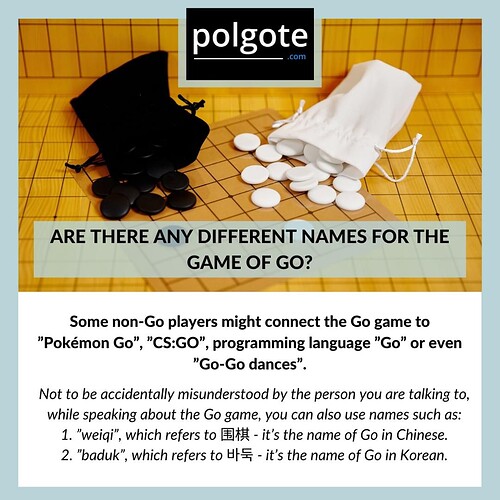 It ties into other peoples posts about trying to include other names than “Go”. Even on app stores it can be better to search for weiqi and baduk than “Go”.

go is to Goh what no is to Noh.

In one case the former was chosen, in the other the latter.

Nope, the romanisation “oh” of Japanese signifies a long vowel, thus “Noh” signifies that it is called のう = 能 in Japanese, and not の.

That apple thinks that the Foundation series must be jazzed up with cool graphics and violence for television is not really proof that it actually must be. I think it’s more the case that when you have a certain set of tools, you tend to use those tools.

I agree that the trailer is disappointing, and I’m not optimistic that the adaptation will be effective or faithful. They seem to be leaning more towards Star Wars (Empire vs. heroic rebels) than Foundation.

I see the point but did you try it?

I’d like some feedback from anyone who tried to connect both worlds if any.

No, this was just an idea. I have not tried this.

Nevertheless the spelling has been used, eg. in Horace Cheshire’s 1911 Goh or Wei Chi.