Question about a 5-4 shimari joseki

This is something common enough that I’ve played both Black and White in the position in over-the-board tournaments, and I still see it fairly regularly in online games today. 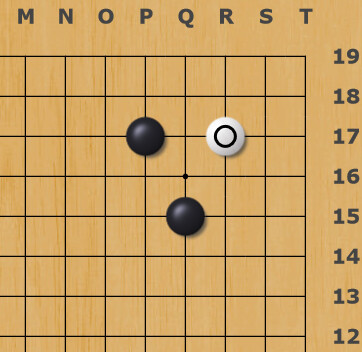 Or, instead, lines could be added as a tenuki variation to Play Go at online-go.com! | OGS and linked.

Here are some relevant games, in date order.

It seems like many of those cases have other stones in the vicinity, which is usually relevant.

When searching Waltheri’s, the 3-3 invasion ranks below #15. I only found 1 pro game where there are no other stones in the quadrant (up to the side star points), where the 33-invasion and kosumi attachment was played (on move 34, so bordering on middle game): Kamimura Kunio (9p) vs. Ishii Kunio (9p) | Waltheri's go pattern search

So from this, I would consider the 3-3 invasion quite situational.

I quickly consulted KataGo about it, but it doesn’t really like the 3-3 invasion in the early opening. Even when I play on a further, it keeps preferring the move show as the normal move at Play Go at online-go.com! | OGS.

Or, instead, lines could be added as a tenuki variation to Play Go at online-go.com! | OGS and linked.

This is what I think would happen if there were any lines that were played enough. The only variation that is played beyond two moves is because the game was added to the database twice.

We try to balance accuracy and potential usefulness.

It would be useful to have more continuations and there are some patterns in Takemiya’s Enclosure joseki. A, B, and C here. 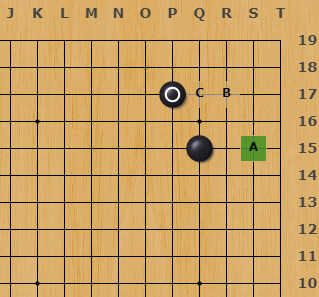 The issue is that only one sequence of more than two moves was ever played more than a couple of times. As Gennan mentioned, almost every single one of these invasions is played when there are some stones around the side star points which makes them pretty situational and basically impossible to add more than two moves of without high level sources.

Since they haven’t been played enough to be established patterns, I also wanted to check their accuracy so I downloaded 17 games from waltheri and analyzed them with Katago to see if any of them were close to accurate. The only ones that were reasonable were Go Seigen variations but they contradict Takemiaya’s Enclosure Joseki and again are only two (extremely situational) invasions.

To conclude, I don’t feel that good about adding these variations that have been played so few times (for the most part just once). I feel that they would be more misleading than useful. At best, we could probably add B and C as good and link them to their associated 5-4 joseki tenuki variations and then add one move responses and link to waltheri.

Edit: This response is also highly accurate and played a few times, so it will probably be added if we go with that route of adding several responses then linking to Waltheri (but again it branches into four different variations right away.