I think it was saying that as best it could tell, white’s move 5 was going to make white 23% worse off than before. It does seem odd.

I ran a full strength AI review and it has a more sensible result - I guess there weren’t enough playoffs in the initial review to find the better move.

(F6 makes sense, after the fact.

I guess it’s an engine thing, then.

I wouldn’t say that move 5 is the best move.

I see a “0” at F6, so that one should be the best move.
It’s barely noticeable because it isn’t highlighted.
Looks like AI studied a lot the bad move (hence the colour) and a very little the best one.

Or maybe I still don’t understand colours in AI analysis…

The original AI showed move 5. Eugene run the strongest one and it gave F6.

I tried to dig deeper. 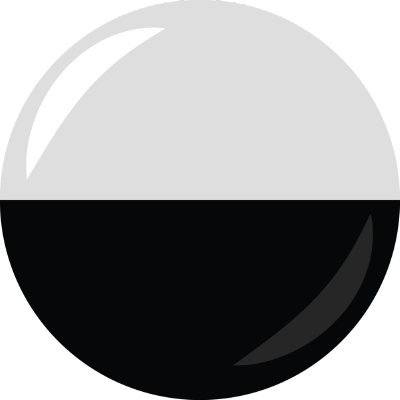  The Blue circle indicates the AI thinks this is the best avilable move.

So I fear there’s a bug somewhere: -23% can’t be the best available move if there’s a 0% around.
Either the colour or the manual is broken.

To clarify: interestingly, that 0 was not there until I ran the second run. I’m pretty sure that it was displaying only the single -23 option.

So I fear there’s a bug somewhere: -23% can’t be the best available move if there’s a 0% around.
Either the colour or the manual is broken.

Yep, that’s why I asked.

I went again to that game and found something interesting that could be reproduced.

I firstly looked at the basic AI review. Then switched to the (I) analysis and there was only the -23. Moved to the (III) and back to the (I) and the “0” was there.

So, perhaps the display of that zero is just a visualization issue. That doesn’t explain why a -23% should be considered a "best move " though 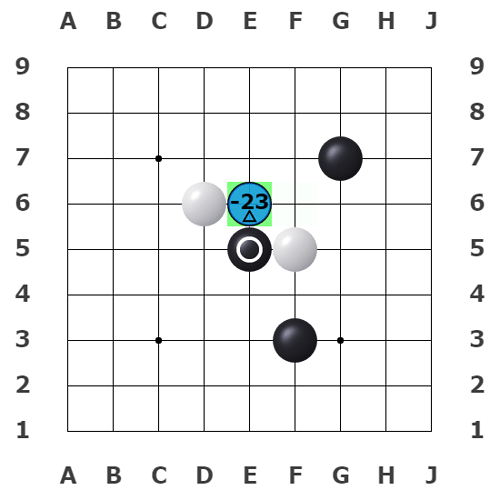 Oh, I just found out I can do this. Hope it helps.

We probably forget to clean the marks when switching between reviews.

About the board position. There are 3 separate technicalities making this position confusing.

For fans of long lists of numbers, the raw data is linked above.

On an additional note: We don’t show the win rate change for low explored moves (less than 20-50 visits, depended on total visits). They are usually bad moves despite having high WRs in some cases.

So, it’s not a bug, due to math it happened to be this. Rare but probable. Right?