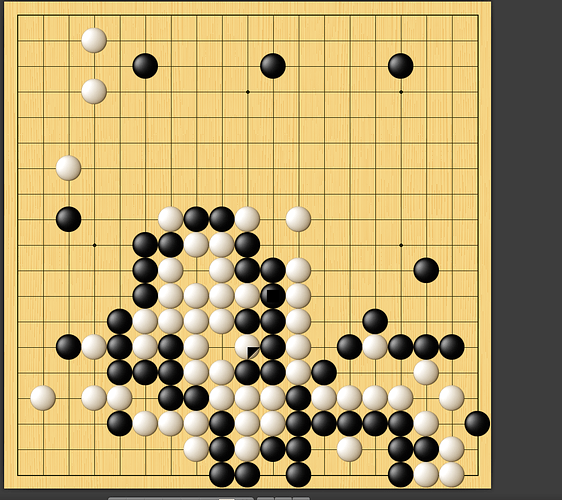 I guarantee you do not have a ko threat anywhere on the board worth 68 points. No matter where you played, white would have captured.

i had the same thought in game, until i reviewed later on

im also eyeing the lower left corner ^^. probably starting at C3. (dont ask me to read it all out ^^)
oh and there is S3… its probably smaller than the ko, but black may avoid resignation.

Asside from the answers given, S3 is a large move for black to mkae as a ko threat, as it threatens to kill another reletivly huge white group. 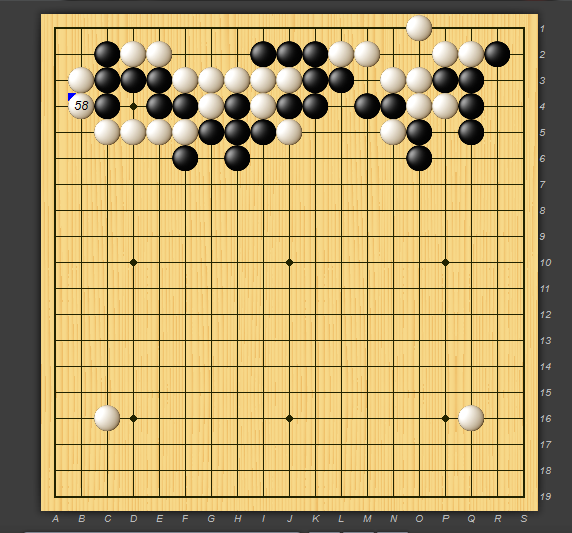 another tsumego i missed in game as black

black to play to capture/win the game

Every once in a while I encounter a situation in a game that is fit for a tsumego.
Sometimes I put them in my Special Projects collection.

Just this morning … a nice one

2 is not the correct move. B9 would have done the trick. 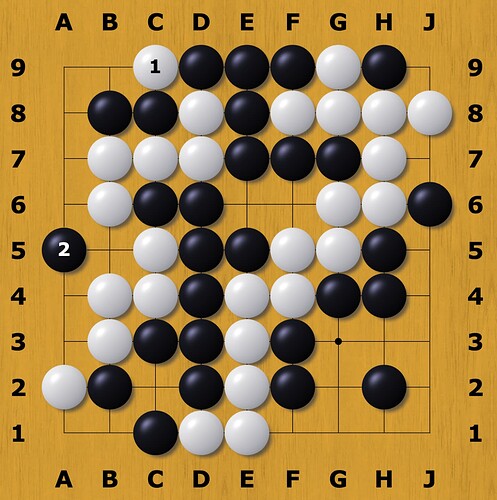