Does anyone have recommended fun go books to read - not ones about Tesuji etc, but about the people and the history? Ideally something that does for Go what Angry White Pyjamas did for Aikido…

This is the biography of AJI

It’s a slightly lighter read than ‘The Master of Go’.

Go With the Flow by Cho Hunhyun

Go with the Flow

"This is an important addition to body of books in English about Go."_ Andrew Okun, President, American Go AssociationIt is often said t...

Thanks, added to kindle!

The Master of GO is famous and interesting as it covers a real match and has both historical and fictional aspects.

Kamakura is a look at the 10 Game series between GO Seigen and Kitani Minoru the two great players earlier in the last century. It not only gives the games and the Kifu, but it gives a bio of each player, history surrounding the match and some background about each game.

The famous ten game match between Go Seigen and Kitani Minoru in Kamakura, as a result of which Go Seigen was clearly established as numb...

Mr Fairburn has written other books on GO history in Japan. Well worth looking up. It is interesting to learn the rather soap opera side of Classic GO in Japan. Becoming and maintaining Honinibo status was not just about playing ability! I personally find the history and personalities as interesting as the game. You also get glimpses in Japanese History.

Just finished this and very much enjoyed it as a light read with interesting insights. It’s lovely to see the descriptions of all the different players and styles, the calls for originality, and the reminder that it’s a game of two players - not just a search for the ‘perfect’ move but one that accommodates style, personality and preference…

Thanks. Have picked up a sample for my kindle

No one did mention “the treasure chest enigma” which was distributed by Ishi Press. See Sensei Lib for more on this book.
Besides this, in some of the go worlds (the magazine), you can find what you re asking for Too.
“Invincible” the wonderful book on Shusaku has many pages introducing the go scene in Japan at his time.

Basically a diary of times when she was still new professional. 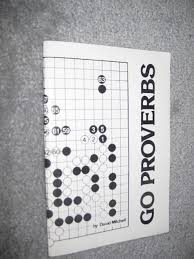 And coming in second: The art of resignation in Noriyuki Nakayama’s Treasure chest enigma. Wish that more players had read this story :-))

The book Treasure chest Enigma is what you described. It has also one of my favorite quotes ever (seeking truth). edit: i see it got already mentioned. maybe the novel first kyu then. its kinda autobiographic and atmospheric.

If you have some Latin ability then you may enjoy De Ludis Orientalibus Libri Duo.

is a two volume 1694 Latin work by Thomas Hyde with about six pages on Go, De Circumveniendi Ludo Chinensium, pp. 195–201, though it is mainly about board games such as chess (in many forms, including Chinese) and backgammon and even seems to include physical games such as Blind Man’s Buff (De Collabismo, Vol II p. 265).

Sounds like a fascinating book thank you for sharing. Any points that particularly struck you?

Alas my Latin is lacking so unless there is a translation…

Hmm. I might try reading it again and hopefully report back to you on that.

There’s an explanatory article on the British Go Association site, but it’s not free-to-view unless either a) you’re a BGA member or b) they’ve released it publically, which they’re going to do this summer.

I look forward to your reply!

If you have never read “chess Secrets I Learned from the Masters” by Edward Lasker is a gem of interesting, funny, charming sometimes a bit painful, anecdotes written with warmth.

The old masters were quite the characters!

If we are branching into Chess Kasparov has some lovely stuff, including his latest sober reflection on his defeat, and iirc his older book on chess principles being reflected in life, with examples from old masters

Why not branch out? : )) They are both interesting!

In which case there is Think Like a Grandmaster by Kotov which I have always been curious about. It may have some interesting parallels to Go…

What did he say about his defeat? I presume you are referring to his deep mind defeat. I did think it was unfair of IBM (and of Alpha GO team) to not let the competition see some recent games. It would have given them a chance not to underestimate and be in shock when things were so much against them. I always thought Kasparov went into that match as such a dominant player and having defeated Deep Blue previously that he thought he was a bit invincible. Imagine the shock and horror of realizing you might lose.

Lee Sodol, also looked at his opponent with awe and fear. You could see his confidence just gone. Not an easy thing to deal with when playing. And the funny thing is; he went in thinking easy money. I had hoped so hard he would win, but did not think he would. I simply understood how much a Computer can evolve in 6 months…