I’m not sure about the guitar, but …

It’s definitely the case that more information should be provided about rengo games, but it is different enough that it is unlikely to fit into the same set of columns…

I’m not sure about the guitar

I’m not sure about the guitar, but …

I like this, but I’m out of likes. I haven’t checked my profile page, but it sounds like the are quite a few errors related to Rengo history there, and I would much rather reduce the displayed information to what can be displayed accurately, than keep inaccurate information.

As far as I know it’s only

Did I overlook something in the descriptions above?

Sounds like I had a misconception, there. Sorry about that.

No worries, I could easily be missing stuff… good to check.

Status update: you can “View/Manage” Live challenges now, as Correspondence ones (@Groin)

I think for matchmaking It’d be neat if the challenge window (where you wait for your teams to fill up and the host to start the game) had a little chat area where you could talk to each other, like “wait a moment, friend is going to join” or “what kind of level are we looking for for the 4th player?” or “I suggest black team takes 2 hc” etc.

Right now it is a little bit uncomfortable how silent that window is and you can only wait/hope for people to join but not communicate with all of them at once, but have to msg each one privately ;).

… yeah, I feel the pain there.

But I think that getting “casual mode” (clock-per-player, drop don’t kill game on resign/timeout) is more pressing, because the lack of that messes up the fun in significant ways.

pms are a pretty good workaround until then.

pms are a pretty good workaround until then.

(While casual-clock mode is actually a rengo variant ^^ usually if one of your team mismanages the clock, you lose. If -as I understood it- instead just one player gets removed from the team it could even increase the odds of that team winning considerably depending on who left, which isn’t consistent with supposedly occuring a penalty. Imo proper matchmaking tools should have priority over strange-variant implementation. Sorry in case I misunderstood the clock-per-player thing tho.)

Oh, I absolutely agree with per player clock being a variant; I prefer one clock per team, but I see the utility of the option for games with many players or correspondence games.

Yes, I don’t think there is a “good” way to handle it for huge games other than the easy way of having one clock per player. It seems impossible to design it in a way that still applies a penalty without some crazy arbitrary stuff.

option to see who placed which stones

currently the last placed stone is marked by circle. 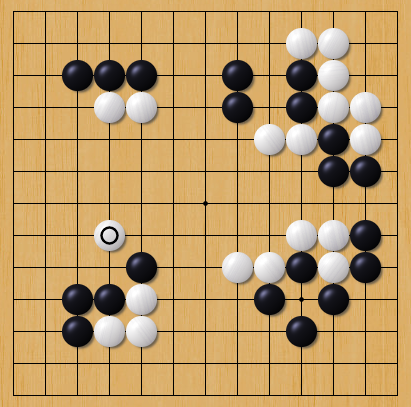 but, it would be much better to mark it with the first letter of name of player who placed it (like avatars on OGS forum by default) 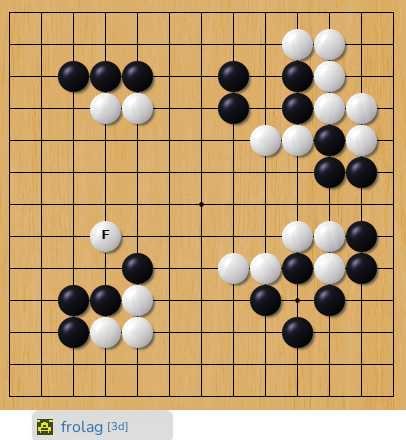 What is the first letter of Sofiam’s name? 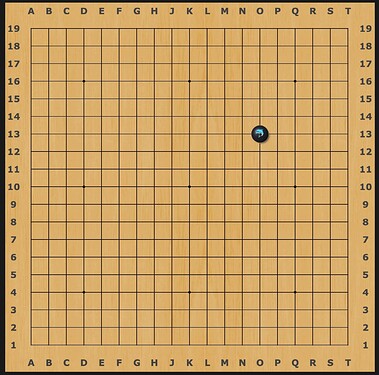 I don’t really have an opinion on this idea though. I find looking at the player cards okay.

looking at the player cards okay

if symbol that doesn’t work appears, I suggest to just use default circle
but maybe it will work

I really like this idea, so I’m wondering how to handle the (not super uncommon) case where two people have the same first letter. Ideally something which doesn’t require any extra UI (like manually picking the letters for each game) but which still maintains some personal connection to the letter (so not just numbering the players 1, 2, 3).

Maybe just go to the second letter in the name if the first one is already taken by someone on your team? (and then the third letter, etc)

Certainly not perfect, and there would still be edge cases, but at least that would find you a unique letter from your own name most of the time.

If there are symbols in the name that are undesirable for some reason (emoji are fun but maybe they won’t show up on certain browsers or something), I would just skip past those and pick the first available letter. (“

I would love to be mistaken with a dan with the same initial.

Maybe a mouse-over window with the player? (and maybe the move number after the game has ended). Although that’s probably too much work.

I would just skip past those and pick the first available letter.

Not every nickname has at least one letter.
Examples: