Hi guys this is my first review request against a 20k opponent.

I got a big advantage in the early game I think when I secured my corners and won a fight near the top. However he developed a large center and threatened my stones on the right which got me worried. Despite my poor attempts to invade the center and save my right hand stones he managed to come back and make the game close though I still won with ~20 points.

My questions are how will one go about invading the center? Is it okay to have kept playing in the center in order to reduce their space? Was it possible to save my right hand side stones? 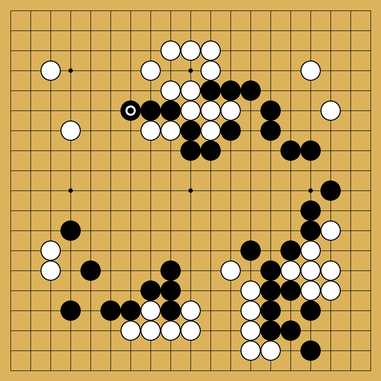 For the center, you really want to start looking to reduce, not invade, when there’s still some openings around the edges. Invading in the middle of your opponent’s territory, if they surround it and are strong on all sides, is incredibly difficult. In this game, you didn’t really need to invade more than you did, since you were getting more territory than your opponent, just by walling off his center chunk.

The group on the side could have definitely lived. The spot your opponent played inside of it was the critical point, and you could have lived by going there any time before they did.

Thank you so much for your review. This is exactly what I need to improve. I’ll be looking through this in detail.

Hello another review request. This time it was a teaching game vs a 4k. Of course I didn’t expect to win. Just looking for how I could improve. From my feeling in this game I fell behind early due to not knowing any joseki and not defending properly when approached. Nor did I find any weakness to exploit in which to throw my opponent off balance. As a result I kept losing fight after fight and by the end it was a complete stomp by about 100 points.

Looking especially for moves that target weak-ish groups and how to defend my territory when approached.
(https://online-go.com/game/13935450)

Looking especially for moves that target weak-ish groups and how to defend my territory when approached.
(https://online-go.com/game/13935450 )

This is a link to a private game.

Whoops. I tried putting it in my SGF library. Hopefully it works this time. 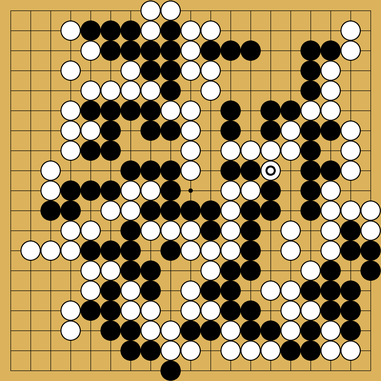 Playing someone ranked 15+ stones stronger than you in an even game will always be tough, but I think you did well! The biggest things to take away from this game would be making sure your moves are necessary, and trying to stay connected. You play a decent number of moves that don’t really seem to accomplish anything, or that connect up stones that already have some solid connection, like a bamboo joint. Any time you play an unnecessary move, you’re more or less giving your opponent an extra move for free. Being attentive to the purpose of each of your moves, and asking if they’re necessary, will help your game tremendously.

Cheers! That’s some high praise right there and is very encouraging. Yep I’ve been improving and I’ll try and be more attentive to moves I make that are unnecessary.