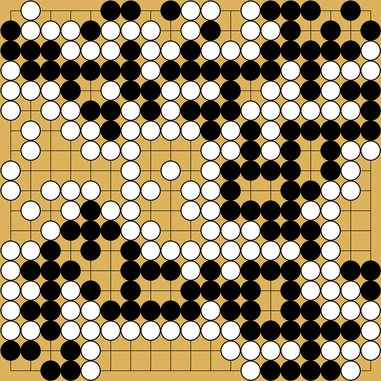 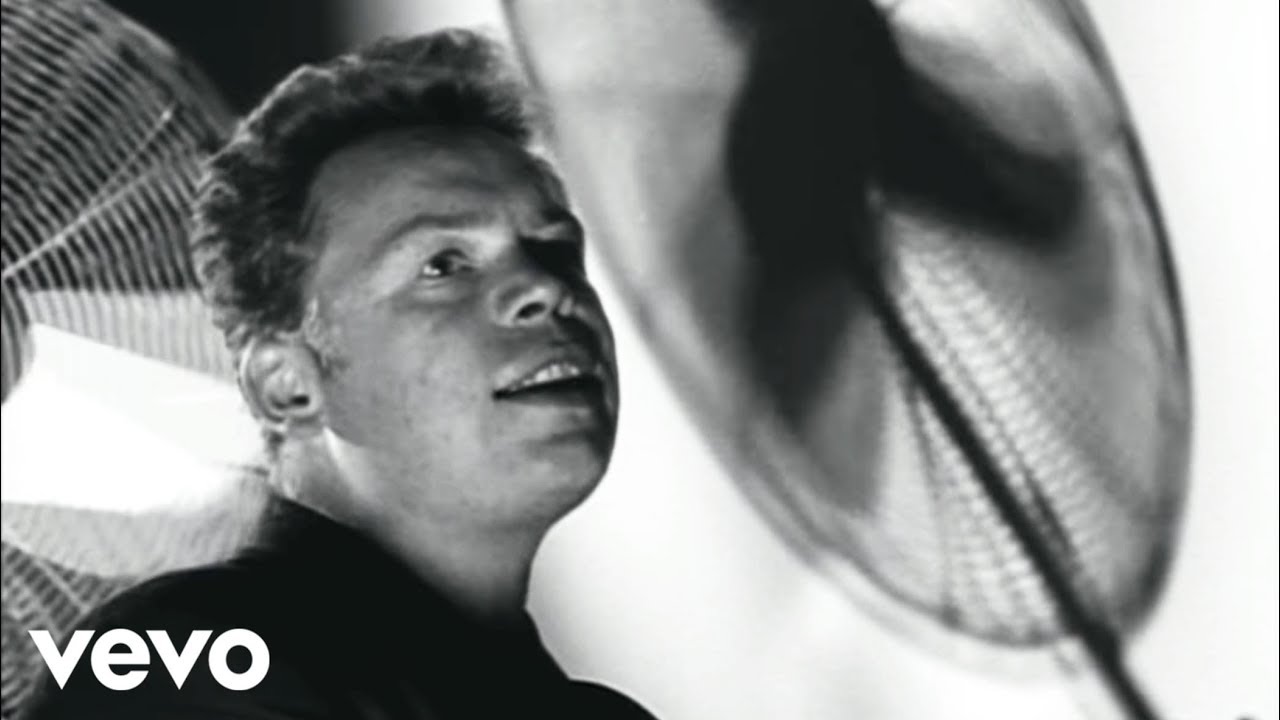 The OGS AI review didn’t really give you a lot of advice on how to improve the situation, but IMHO the real turning point of the game was around Move 180.

White’s attacking group is unconditionally alive so there’s no way you can capture them. If you had played in such a way as to reinforce your upper right group (with moves 181-195) and allowed White to reduce / invade the middle right, then you’d at least have two living groups, and would have probably maintained your lead.

However, because you tried to protect from above AND below with that ladder sequence you left your upper right group with a false eye before you realized it. Once White destroyed your potential eyespace, you were done for.

Key Take Away: when in doubt, protect the group that still needs to make life unconditionally

I’d say, don’t try too hard to kill. Instead, try to attack for profit. For instance at move 127, you can attack from a distance and try to convert the triangled area into solid territory. 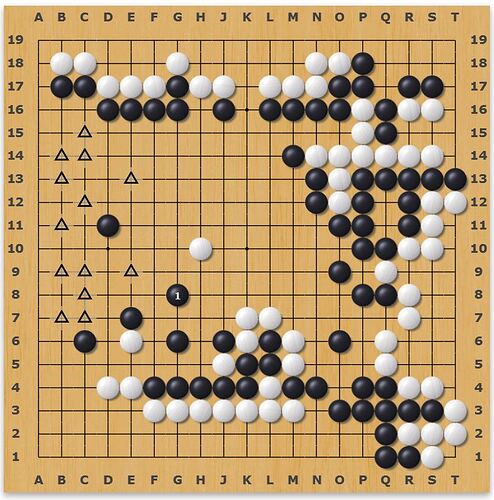 I thought it would be a good idea to start protecting the side. Then I was thinking I would go to protect the holes in my wall at the top. But it didn’t go as planned…

I think I started panicking at that point, I was seeing disaster coming. So, it was just a reaction move.

Those two, especially the second one, weren’t of the moves that I really planned behind…

I thought it [F13] would be a good idea to start protecting the side. Then I was thinking I would go to protect the holes in my wall at the top. But it didn’t go as planned…

I’d say that was the right idea, but your stone was too close to white’s strength. It had just a small impact on the white group (it reduced white’s potential a little bit) and didn’t really help your group. Playing on the third (C13), fourth (D13) or maybe even fifth line (E13) would have put your group in a stronger position.

And C13 could have been at C15, I think this would have given your group two eyes. Of course it’s hard to see that while panicking

Overall, good game. Fun to watch back. Thanks for sharing

D15 (move 189) should have been at C14. Then left side still lives. Ladder only works if it’s continual Atari all the way to capture. If they have more then one liberty, as here, they can cut through with a double Atari as per B13 (move 196) here. Beware the false ladder!

And don’t panic! After the above, the game unraveled. Instead, take a deep breath and use the weight of the mistake to help find something big to come back. I did this before - lost a big corner, thought “I need something big here”, then noticed I could kill their even bigger other corner. Maybe I wouldn’t have noticed if I hadn’t lost the corner

In this game, there’s still black k17 (move 205), white k18 (move 206), then maybe black comes back to life by capturing something on the top. See AI variation starting with f18 as move 207. Very possible for white to make a mistake here (e.g. capture first ataried stone instead of making second Atari) and then black lives after all