My general strategy right now is “don’t die”. In this game, I succeeded at doing that, but failed miserably in terms of “get territory” along the top of the board, which seems to be a critical aspect when playing strong players. What could I have done differently to get a better result out of the opening? I ended up capturing a big group at the bottom, but the game still seems close, by my count, even after that.

While this opponent was certainly one of the strongest I’ve played, and, as such, was good at outplaying my slowness along the top, this seems to be a general trend in my games, where I’ll make sure I’m alive, but find myself behind in territory, with a need to play rashly or start a big invasion somewhere unreasonable.

Anyways, some help/suggestions/a review of this game would be much appreciated. 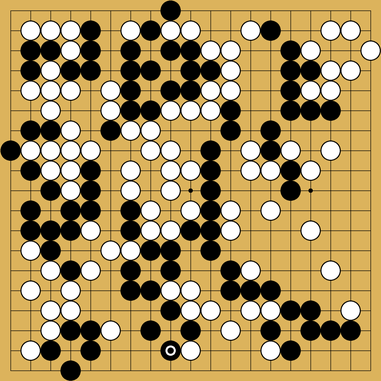