Most of this game was fairly peaceful/balanced, with a big fight at the end that decided the game. I won, but I think I did so only because of a blunder by my opponent near the end of the game. They turned when they were supposed to descend, and had a bad time.

I think that stemmed largely from not paying enough attention to my shape while I was attacking, and focusing too much on killing black at the top. I surrounded black’s group, but did so with a small knight’s move. My major jeopardy at the end came from black simply cutting that connection. If the cutting stones had lived, and the probably should’ve, black would have won.

If I simply made a one space extension, I don’t think black can cut me. If my stones are never in danger of being cut, then black doesn’t have room (I think?) to make two eyes. After that, if I had focused on making good shape and keeping black sealed in, I probably could’ve won on territory even if I hadn’t killed black’s group at the top. Instead, I focused on taking away black’s liberties, which could’ve/should’ve backfired.

Is that a reasonable assessment of this game? 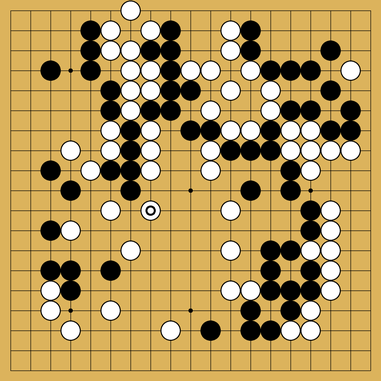 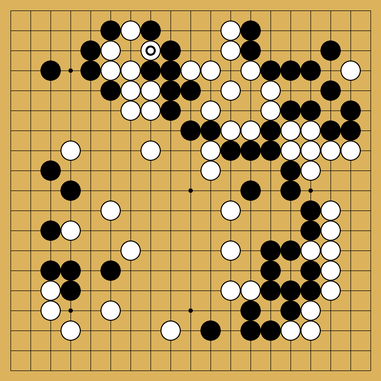 The kind of strange thing is that I agree with pretty much everything you said in your assessment here, but our variations don’t really line up at all. My main thoughts were to pay more attention to your shape on the right side, avoid unnecessary atari, and prioritize cutting and connection more in general. 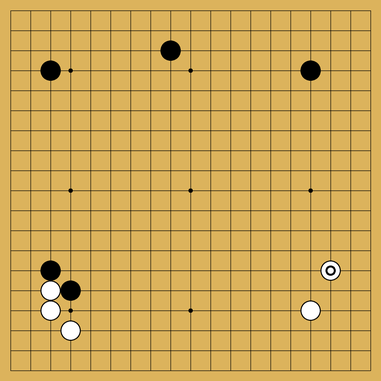 Thanks for the review!

Shape/connection definitely seems to be one of my biggest weaknesses. I’m pretty bad at handling cuts, I think in large part because I don’t pay enough attention to making sure they won’t work in the first place.

The LZ review I did was good for pointing this out, as well. I thought I’d played reasonably, but LZ says that even in the position where my opponent resigned, I’m actually slightly behind. The top stuff all turns out to be seki, even after my opponent loses the cutting group, and I don’t have enough compensation for all of my opponent’s territory.