First game I’ve won against a 1k! Of course, it was a 2-handicap game with 0.5 komi, and I won by 0.5 points, which means that there’s still some major weaknesses in my play. In my self review, it seemed like the biggest problems were my blunder and almost death in the top-right corner (though I’m somewhat proud of managing to not die, there) and my endgame, in which I made some small/slow/gote moves, in part because I was on byo-yomi at that point and don’t seem to think well under time pressure. I think that I also chose a sub-par variation in the bottom right, but my opponent didn’t really punish it.

What else did I miss, and how could I improve from this game? Also, does my self-review seem reasonable? 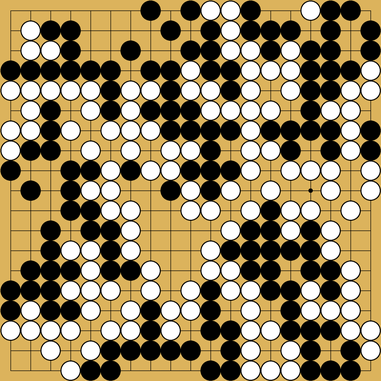 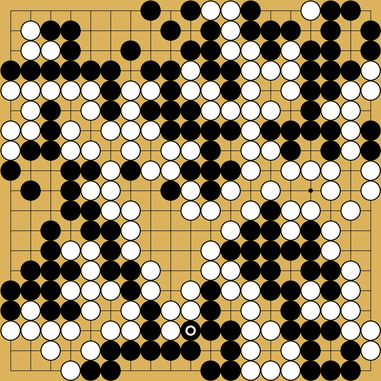 If you struggle with 30s period time pressure, have you considered 40 or 45? It’s worth finding a balance between keeping games timely and not having time pressure significantly hinder your performance.

I pretty much always just use the default settings. I find it easiest to get games when I just hit “normal” on the play page, and then take what comes up.

30s should be more than enough, especially for endgame where I should really be figuring out all of the endgame plays and assigning them point values in my head, and then just playing from most valuable on down. I think I just need to get better at doing that in a timely manner