A close correspondence game but I came up short. Comments on all parts of the game welcome including how I threw it away in the endgame given the small margin at the end.

At move 15 you played a good move that builds territory in a very safe way by connecting two weak groups.

However, note that you can also go for the huge corner-lock in the southwest: 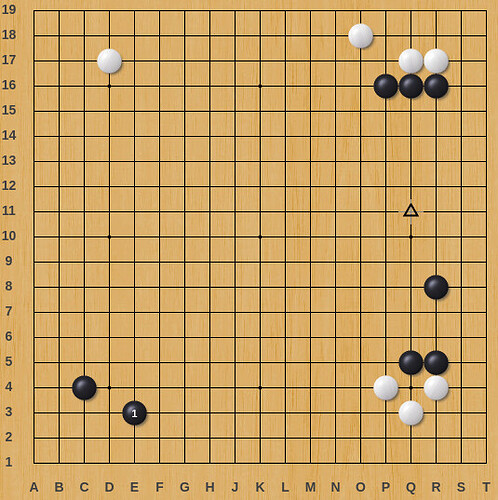 If White tries to “attack” you on the east side, it’s actually White who gets attacked: 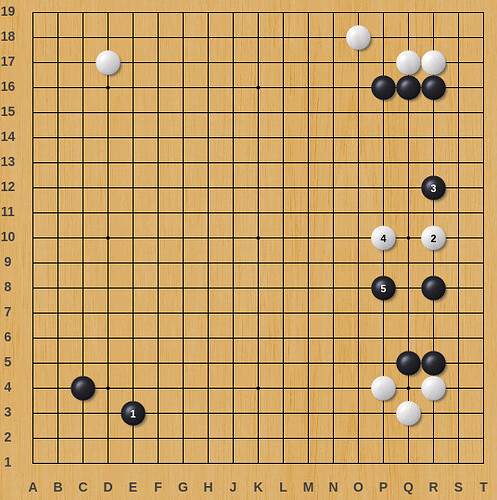 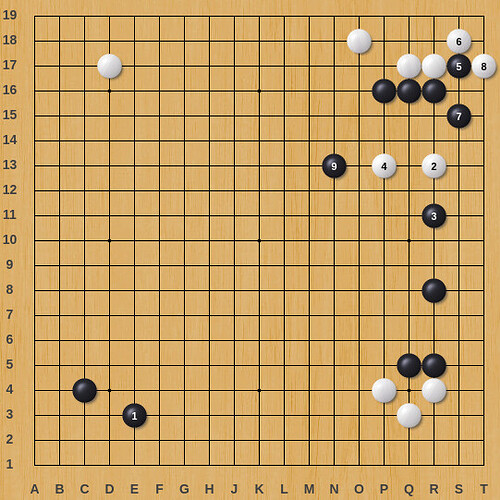 The sequence of moves from 30 to 41 is horrible for White.

That being said, moves 41 to 54 are a bit suboptimal for Black. You make about 8 points of territory, while White strengthens its weak stones a bit. If we look at the whole sequence from 30 to 54, it’s still horrible for White, but I think after White 40, you should have taken a break, calmed down, and figure out a plan of attack: 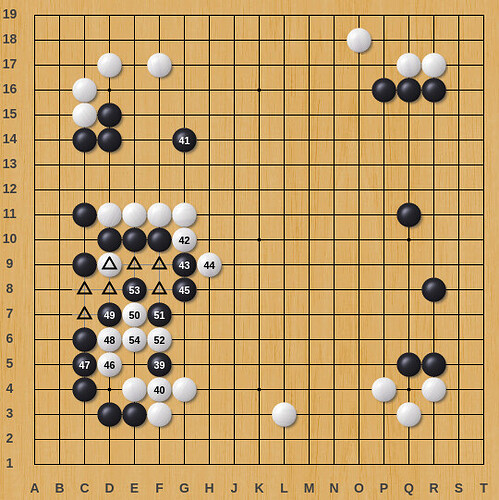 The Black stone 41 is well placed, but your stones at 39,43,45,51 and 53 don’t have much purpose except securing the 8 points of territory that I have marked. The two White stones at 42 and 44 are very well-placed.

Here are possible plans of attack that you could have gone for instead: 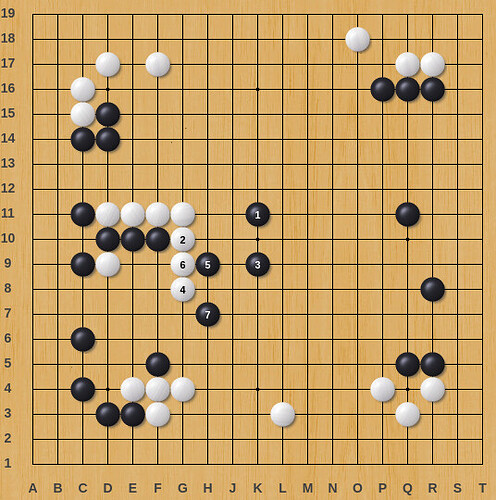 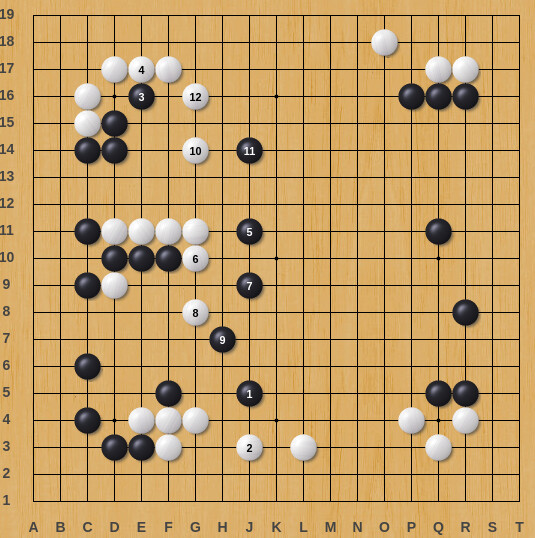 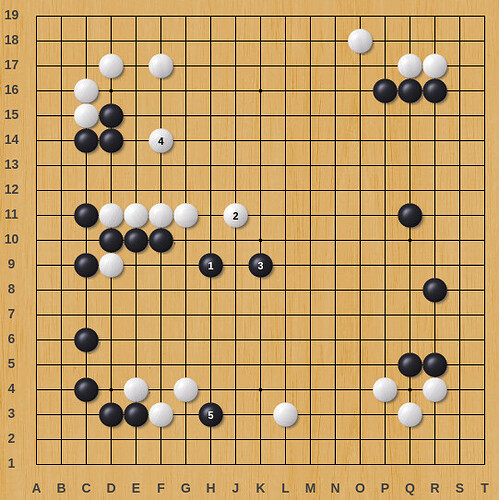 White 60 looks greedy. White already has a weak group in the centre, and is creating a second weak group by invading a very small area close to a big wall. This is going to be very good for Black.

At move 73, you missed an easy opportunity to surround the white group. Surrounding is very often a good thing. But in this case, “surround” is a euphemism for KILL: 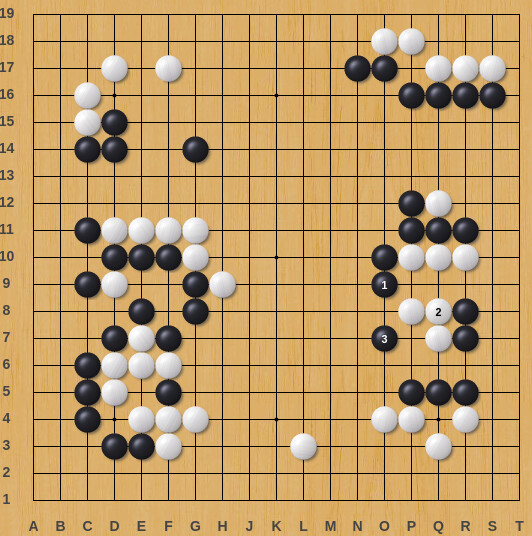 Moves 95, 97, 101 and 105 are way too gentle. You played small territorial moves that defend very small territories. During this time, White is solving all of their problems and making their weak group live. Note that move 105 is gote. In the game, White answered, but why? The connection at 106 is worth about 7.5 points in gote. That’s a lot smaller than every other endgame move still available on the board! And move 105 is worth one point plus half of move 106, so that’s about 4 points. Extremely small gote move.

Note that at this point, all the White stones in the centre are still not alive. It’s worth asking White “Hey, how strong are you when it comes to tsumego in the centre?” At best, White dies and you win. At worse, White lives and you’ve played a few good sente moves. 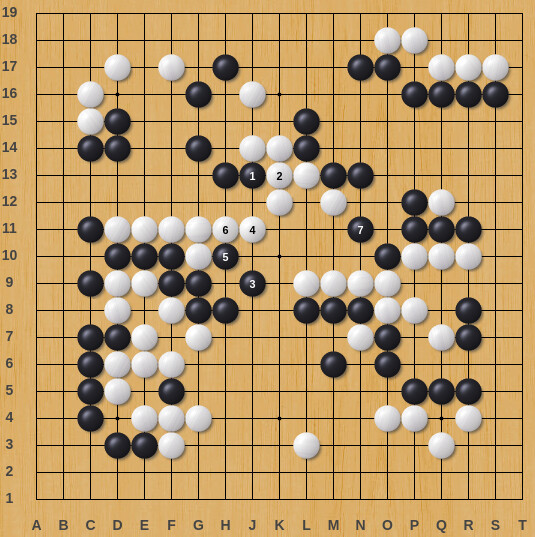 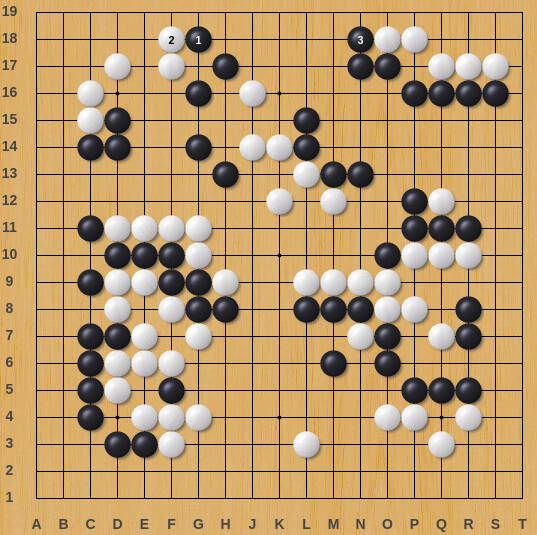 Afterwards everything works pretty well for you. However, you make one big mistake at move 125. White could have punished at move 126, but luckily they didn’t see it: 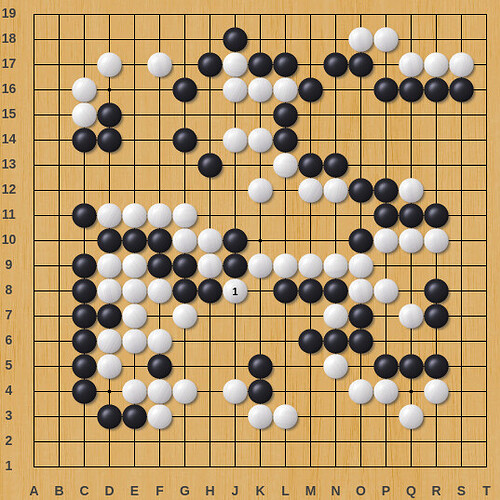 OGS’ AI says that you and your opponent both missed something huge from moves 163 to 168. I’m going to have to look at what Katago says about this, I don’t really know. 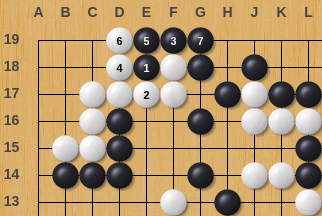 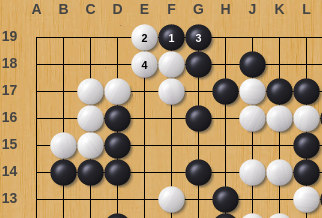 At this point in the game there are still moves that are worth more than 2 points gote, so you shouldn’t play the tesuji. At this point, you should either play the simple, sente sequence, or not play in that area at all.

The connection at move 195 doesn’t work. The correct move in that area is instead to connect at H18. White punished you correctly and captured three black stones. However, this punishment is actually smaller than playing the last remaining huge endgame move on the south side. OGS’ AI already says this: 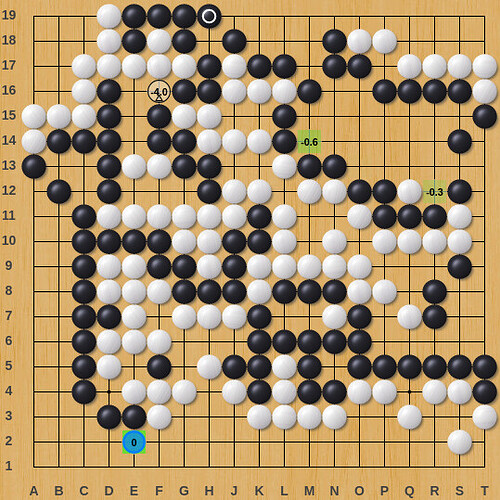 In the game, White “punishes” by playing at F16, which is a worth fewer points than playing on the south side, enough to lose the game for White.

Happily for White, you immediately respond with K18, which wasn’t needed and is gote: 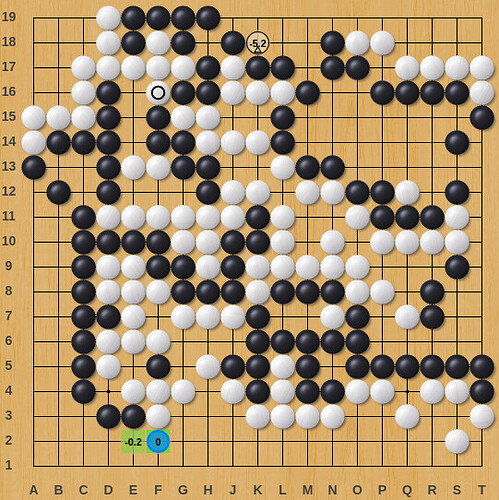 Near the end of the game, you missed the occasions to play P17 and Q4, which were worth 1 point each, completely sente for you. They should have been “your privilege”. Instead, White managed to play both. But those are very small mistakes.

Thanks for the review, lots of food for thought. I’ll sit down with it when I have some time later this evening.

I missed this yesterday, but actually, in this position White has a tesuji of their own to capture the black stone: 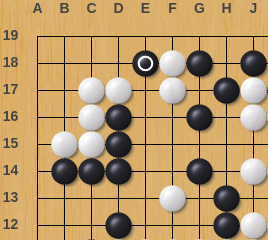 Hope you don’t mind. I incorporated this problem into an interactive puzzle.
The “correct” answers - my 6k-ish solution - may not be correct answers.

I’m happy that my game can provide an opportunity for a puzzle.