I thought I mostly played this game well. I made a big reading mistake in the endgame, and then a smaller reading mistake shortly thereafter, but I did a decent job at staying connected and building territory for most of the game. Prior to the endgame, it was probably pretty close. Out of the opening, I was maybe even ahead.

Close at an SDK level, of course, means that I’m messing up somewhere. I think I identified several mistakes in my mid game, where I let my opponent reduce me a bit more than they should’ve been able to. What could I have done better? 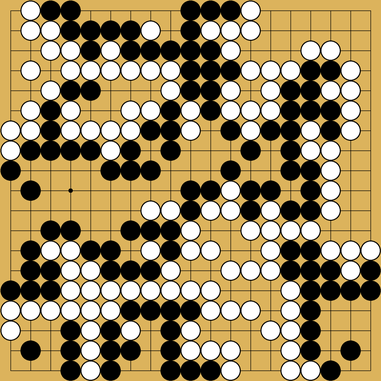 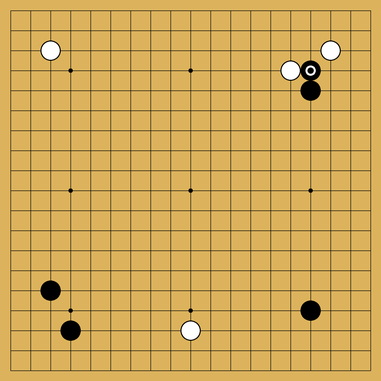 I think this game was decided early when Black was greedy and tried to do too many things at once. From a tactical perspective, try harder to preserve aji.

Thanks for the reviews! I think some of my aji-wasting comes from wanting to add strength to my groups, which are likely already strong enough, or have other, better ways of being reinforced. Both of your suggestions about how to handle the right/bottom right are super helpful, and definitely things I can incorporate. I tend to think that going back and reinforcing like that is a “slow” move since it doesn’t attack my opponent, but when the alternative is that my opponent jumps in later and wrecks the whole area, playing inside is bigger than trying to strengthen the edges by leaning on my opponent.

I also hadn’t thought of approaching the corners as being smaller because of the 3-3s my opponent had played. I almost never see that approach, so I was following a general “corner-sides-center” idea, which was misplaced in this situation.