This game had a lot of back & forth. For me, though, I think there were two sections of the game I played very poorly:

1: The right side out of the opening.

I tried to play fast/light, rather than finishing standard joseki, and ended up with a very bad result over there. My main goals were to make sure that I was connected out on the top, and to get something out of the bottom/corner. I did both of those things, reasonably well, but I don’t think I got enough compared to what my opponent got, in that part of the board. I’ve looked at some good lines from leela, but I’m struggling with how to approach the side situation, in terms of proper thinking. How should I have played that, and, more importantly, what should I change about how I’m thinking about the side?

2: The invasion on the left side.

I managed to get a decent moyo on the top/left of the board, which my opponent invaded. During the game, I was thinking I could sacrifice some stones on the side to get a wall towards the center, which went reasonably well. Leela thinks that I was seriously behind as a result of my play, until the bottom left corner situation went my way, which turned things around. Am I too attached to trying to turn my moyo into territory? Is the left side not worth what I’m getting in the center?

If there are any other major points where I messed up, I’d love to hear your thoughts! 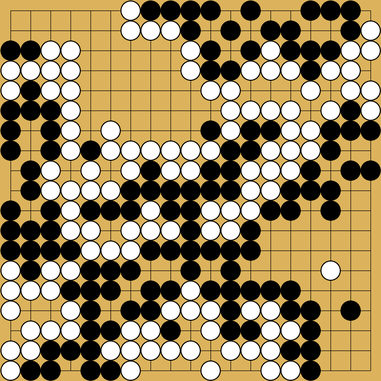 Here’s the review I did with leela: 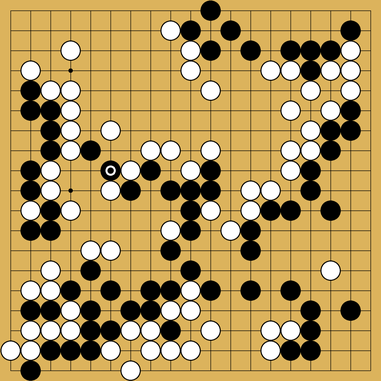 If you want to play light, you should avoid exchanges like S16-R17. R14 is a flexible move, as it leaves either the corner invasion or the attachment or the side extension as follow up. But after the S16-R17 exchange the corner is locked and the black pincer is severe.

Why not 3-3 at move 12? They say two space extension instead of one from defending side makes corner big and warrants 3-3.

Well, as the comment says, it’s really 22 that should be at the 3-3 point. As black I would have played 23 at the 3-3 point, destabilizing both white stones and putting both black extensions to work.

Invading with 12 does make sense, O17 looks better for black 11.

I think I’ve been unnecessarily avoiding 3-3s, lately. Kept feeling like I was playing catch up the whole game if my opponent got the influence, so I’ve been leaning more towards the outside. Definitely need to balance my play…