Hello. Never submitted a game for review here, thought I’d give it a shot: 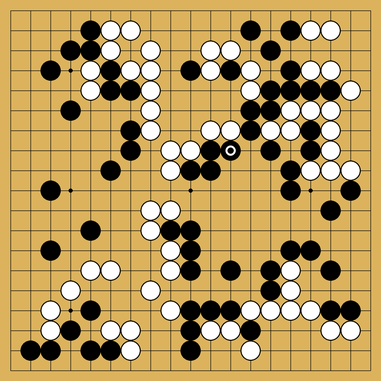 I’m the white 5k – lost by resignation. Would welcome any insight or suggestions. Some things I noticed:

Supposedly, the game was close prior to 108, but I didn’t feel great about it. He didn’t seem to make any mistakes, or have difficulty responding to any of my moves. Maybe I didn’t attack well, or enough, or severely?