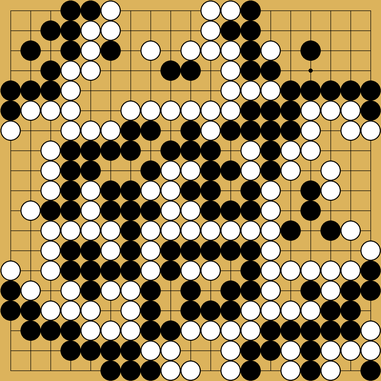 Could someone review this defeat ?

Move 30 was a key moment. You correctly saw that White’s hane on the 2nd line was an overplay and punished it by cutting. But then your follow up was wrong. You should extend up instead. This is a good example of a very common principle: miai building. Play moves which give you 2 good next moves, the opponent can only defend against one, so then you play the other. Your push on top only has 1 good next move of hane to capture the white 2 stones, so white obviously prevents that and then you have nothing particularly good to do and are burdened with saving your cutting group. Extend up on the other hand aims at k3 and e4 and white can’t stop both.

I completely agree with what @Uberdude said above. 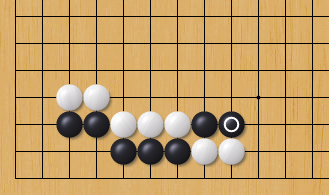 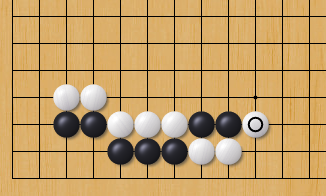 Now Black’s two stones are super weak, because they have very few liberties, and have no way to connect to other black stones, and are floating towards the centre which means they can’t easily make a life-base on a side.

If instead you had extended up instead: 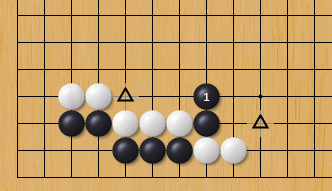 Now White has two problems: saving the two stones on the side, and protecting the cutting point in the wall. So, White can play a move to solve one problem, and you can exploit the other, leading to one of these two variations, both good for you:

In this first possible variation, White protects the cutting point; but the two stones on the side die. I played out moves 4,6,8,10 by White to show that the white stones will die, but of course White should understand that the two stones are dead and not add that many extra dead stones. 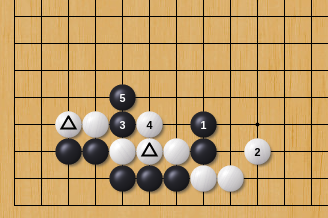 In this second possible variation, White chooses to save the two stones on the side; but Black cuts the wall in two and now White has two problems again: saving the four stones or saving the two stones.

So the moral is: if you think about playing a move but your opponent has an obvious answer to that move, think again. If you can find a move that creates two problems for your opponent, so that your opponent doesn’t have one good answer to solve all problems, then that’s good for you.

Also, remember that the shape “hane at the head of two stones” is usually a very bad shape for the two stones. So when you read that this will happen, try to find another solution: 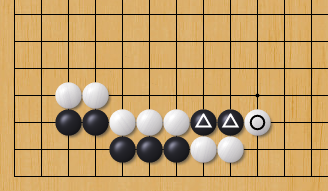 Then there is this shape: 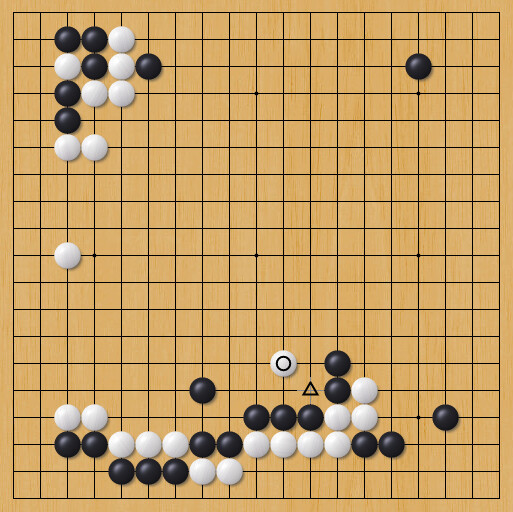 I know that cuts are scary. But if White cuts at the marked point, then White will have a terribly shape; will have to waste many moves saving the two diagonal white cutting stones; and Black will be okay because both sides of Black will be able to escape out while White is saving its stones. Here is a possible variation that looks super good for Black if White cuts: 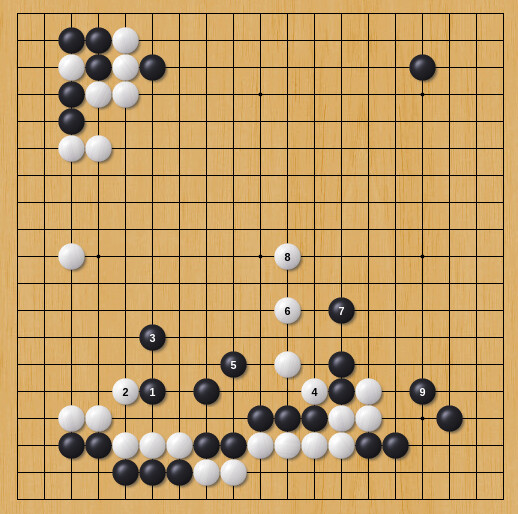 White is not achieving anything useful with the cutting stones, Black is alive on both sides, the white group on the south side is still not alive, and Black is starting to build influence on the east side.

On the other hand, if Black protects, then it is Black who has a bad shape: 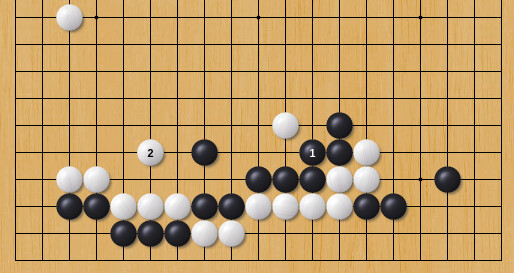 White is super happy that Black answered the forcing move; Black has a very inefficient shape with a “double empty triangle”. It will be very hard for the Black group to make eyes with this shape, which means that White will be able to keep pressure on the group for a while, possibly building influence on the west side while attacking the black group in the centre.

When this shape happens: always consider not connecting. It takes some nerve, but it is very rewarding. And psychologically it is also very good: your opponent tries to play a forcing move, but you don’t answer it! They’ll feel like they have wasted a move, and they will not know whether they should cut (possibly wasting a second move) or just accept their loss and not cut.

And finally let us comment the endgame. At move 232, White played a gote move… But you answered. 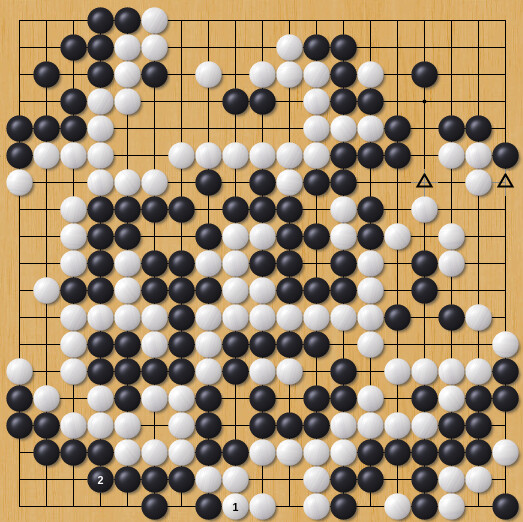 There is no reason for Black to play at 2 at this point. There will be a reason to play at 2 later, but it is too small to play it right now. The four black stones are not in immediate danger, only the one stone which is in atari. There are still a few big endgame moves on the board, most notably the two which I marked on the east side.

And then a few moves later, a catastrophe happens.

You can save your territory easily by adding a move: 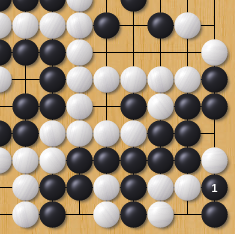 But if you don’t add that move, then it becomes seki:

With the white move at 3, the southeast corner is now a seki, which means the five white stones in the corner are alive, the one black stone in the corner is dead. You lost a huge amount of territory!

And then you pass, and your opponent passes. I have something to say about that too but that will have to wait.

Thanks you for those rich comment ! I’ll try to improve this miai cut situation

I also misread the lowereast corner and tought it was already seki, my bad -_-"

Yet another thing that I want to mention.

The AI says that your move 41 is a game-losing move: 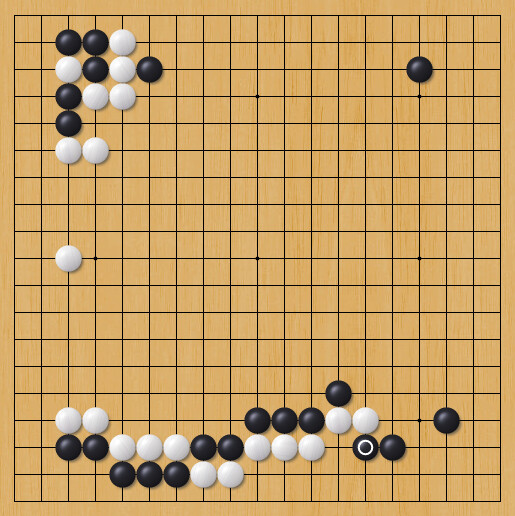 I wouldn’t have guessed that it is so dramatic; but it is definitely a bad shape.

In another of your previous games you played a similar shape:

Partie amicale at move 48 (you’re White in this game). 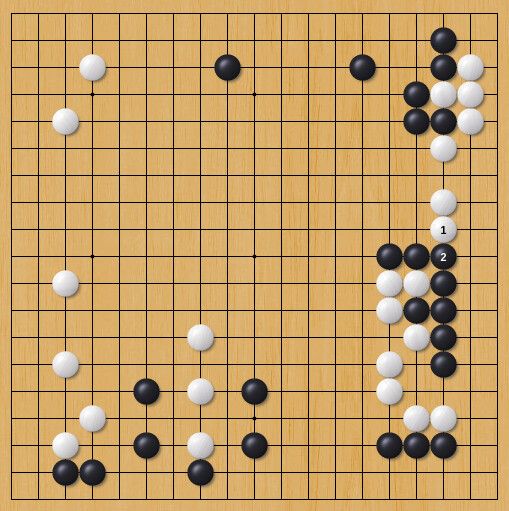 In both games, this is bad for three reasons.

It is a bad shape for the player whose keima is torn apart. Try to avoid it. By “avoid it” I mean don’t be the player with a keima torn apart like that. If your opponent has a keima and you can tear it apart, very good.

Regarding (3), the kosumi is a better shape in this position: