My opponent played high chinese, I think, and I don’t think I responded well. Most of my problems, I think are in the beginning of this game. I ended up giving my opponent a substantial top left, and didn’t get much in exchange. I played well in the late midgame/endgame, I think (or my opponent played poorly), and managed to recover, somewhat, to make it an 8.5 point game. I didn’t lose any big groups, which is always an accomplishment for me, but could have definitely played better, as always.

I think I wasn’t sure how to respond to my opponent, who took a huge framework immediately. I’ve been trying to play corners, then biggest sides, but I feel like I was on the back foot with that approach, here. I think I should’ve approached the top left instead of playing on the bottom, even though the bottom is the “biggest side”, since my opponent can either enclose or extend from there (as he does) if I play the bottom, after which I’m jumping in without any real territorial goals aside from the bottom of the board.

What else did I miss? 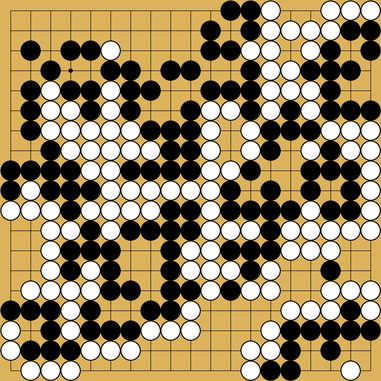 I’m not very familiar with any variation of the chinese opening, but during the first moves I have the feeling you played very passively while your opponent built a framework. I wouldn’t say you responded in a incorrect way, but you allowed your opponent to have the influence he was looking for, and forced yourself in a situation where you had to invade.

Instead of C7 I would’ve approached at the top right corner, when black approached at R6 a pincer would’ve helped you to break the framework he then had the chance to develop. K4 was also another example of a passive move that allows your opponent to build more influence (I could be very wrong about all this but that’s just my opinion). As I’m still trying to improve my invasions, I try to avoid this type of game from the beginning so that I don’t HAVE to invade in order to stay in the game. 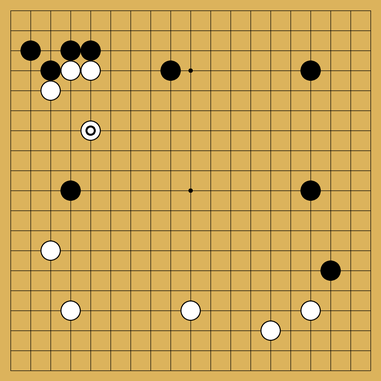 You picked out the same overplays as I did, which is good. But I’m a lot more interested in what you did afterward. When you have these really thin positions you almost always chose to attack. You can’t attack from a weak position. There’s no leverage and you just fall apart. My advice is to play a rock solid game and attack only when all your nearby groups are reasonably thick. This idea is related to the “balance of power.”