can anybody pls make some comments about my game?! 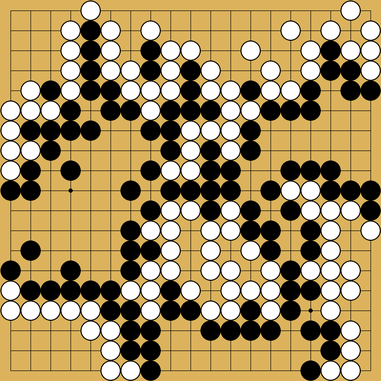 I made some comments by myself, in my view I lost the game around move 127. I think I could have made more efficient shape, with a knights move…

Anyway general topics could be:

→ General opening (yeah I know I played kinda unorthodox, But I tried to play a more influential game, I am currently experimenting with it ^^

Losing by a mere 10 points to an opponent 4k better than you while playing a rather unorthodox opening is not bad.