I think my biggest issue is direction of play. Early on, I tried to invade, when I should’ve been building. The invasion reduced my opponent, somewhat, but didn’t really end up being worth many points. Later, my opponent invaded, and I tried to kill, despite the fact that he likely had more than enough space to survive. Had I leaned on his invasion group to profit, I may well have won the game. I’ve added a self-review, as well. Let me know what you think: 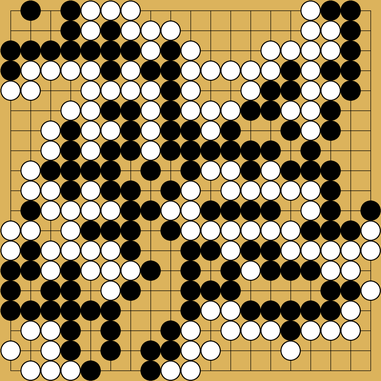 I learn quickly, don’t I!

Thanks for that! I learned some really concrete good things from it!