My first mistake in this game was not realising that my opponent could create a ko with move24 at J1 for the life of his group. Nonetheless I expected this hanami ko to provide me with sufficient leverage to win. Somehow I messed it up or I was wrong to think I had the advantage.

My question is; How would you categorise, conceptualise and quantify a ko of this sort? and how the heck do you even begin to calculate the relative ko threats even on this small board? 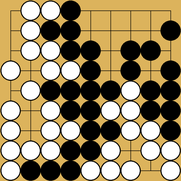 On Move 47, why did you choose to play at J8, instead of J6? It appears to me, that had you done it this way, you would have kept much more territory. I added a variation showcasing how I feel it could have gone, but will add it here too.

why did you choose to play at J8, instead of J6?

J8 was probably just me being obtuse but I don’t believe it made any difference. In your alternative sequence mv47:J6 is followed by mv49:J8. The exact same result can be reached by reversing the two.

Perhaps to give something of an answer to your question - just because there is a ko you could play doesn’t mean you should. if in order to play/win the ko you have to play threats that lose points, double check if you have any alternative routes to victory.

I agree. As stated in the OP, ‘My first mistake…was not realising that my opponent could create a ko…’. I thought (incorrectly) that it would force J2 which would fail: 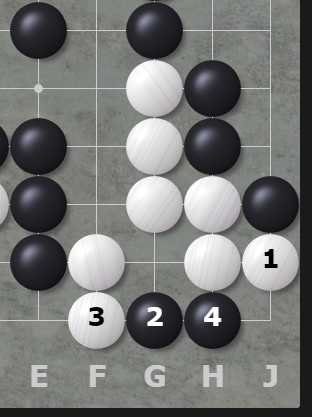 Yes your variation1 is much better. Unless I’m missing something, White is dead in the corner after 1: 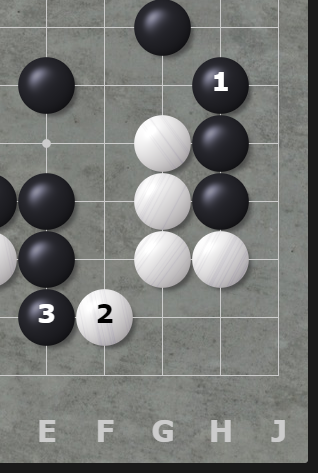 Variation Preserve Ko Threats: This is good and worth remembering. I’ve learnt it in the past but I have trouble remembering/seeing it because as TPKs one of the first things we learn is the futility of this move. Ko’s change the rules. sigh: 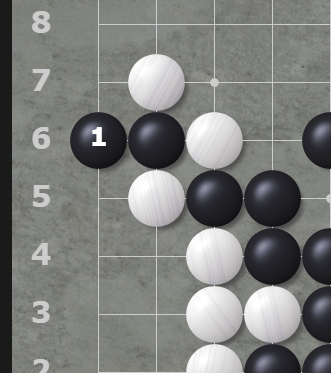 and finally, ‘Lazy endgame variations’. Yes, I could have won with considerably less effort than it took to lose.

It seems kos often cause me to defeat myself so I repeat:

How would you categorise, conceptualise and quantify a ko of this sort? and how the heck do you even begin to calculate the relative ko threats even on this small board?

[edit]: see above for answer. Posted out of time.
Thankyou for your variations @smurph

Just by looking over the game it felt like you tunnel-visioned into this ko. White has a lot of local ko threats so it’s a hard ko to win. And you didn’t play it like it’s hanami ko. You played it like it’s do or die, all or nothing. At 29th move I’d definitely try to harass left White group and see what happens.