This is a game I just lost as B. I have been losing these types of games recently. I can find certain weak points and build off a pre existing moyo, but then fail to find good moves after getting my profit.
This is the game. I would appreciate any views on how to look at the game or any pro games you would suggest. 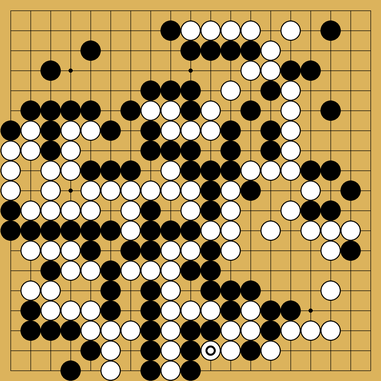 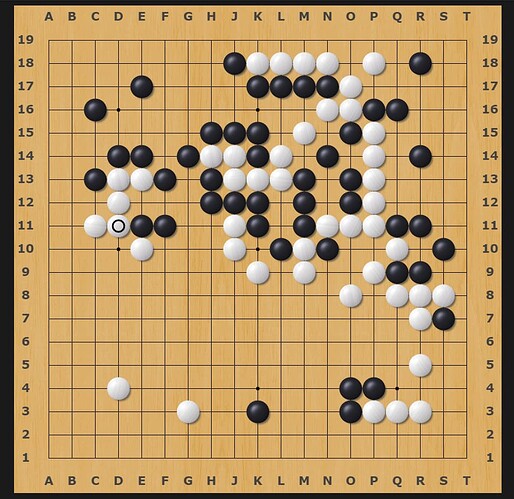 With move 27 (P14) your stone at N14 gets isolated.
You start to run into the centre, but in doing so White walks into your moyo.
Better abandon N14 (it is only 1 stone) and secure your territory at the right side and if you get the chance strengthen your moyo on the left. 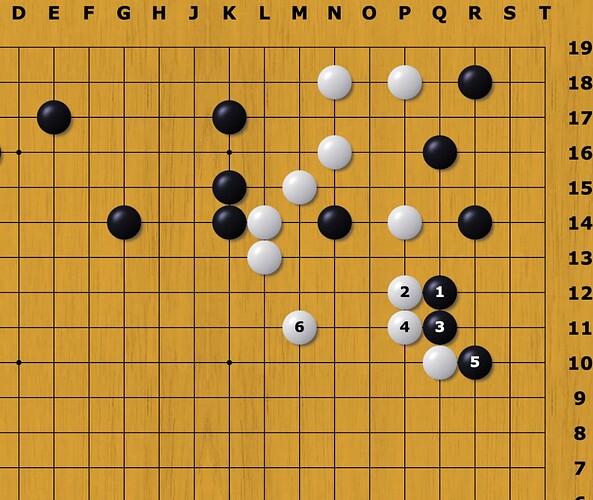 Move 55 at F11 doesn’t do much. It is a slow move. Without much risk White can start building a group and thus reduce your moyo before it becomes territory. 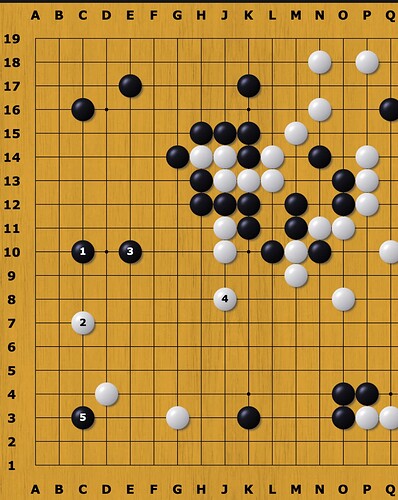 Move 109 (at D8) is a very optimistic move that White seizes to build a strong territory.
Instead of D8 … 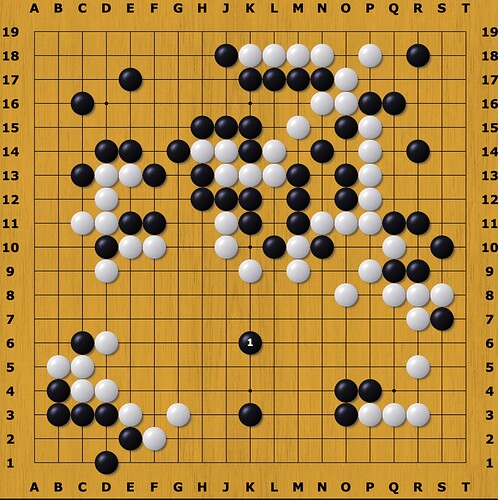 Better abandon N14 (it is only 1 stone) and secure your territory at the right side and if you get the chance strengthen your moyo on the left.

In the first image, whereN14 gets isolated, B at Q12 made me feel like I was giving white too much influence which was making the B group on the left thin on influence, in exchange for the territory.

In the last image, B at K6 is a very good move which I dont typically see because I start seeing how big W moyo is and instantly want to find a sector line and start reducing enphatically.

Like I see from what Im writing that Im afraid of reinforcing territory or influence to my oponnent because it might be too small.