While entering Hashimoto puzzles on the Puzzle Page, I stumbled on this one.
I am quite sure that the 5 stones formation is called a rickety five. However when I searched the OGS forum, I didn’t find anything. Also searching the web didn’t give a result.
I do remember this term from one of the Beginners series that Ishi Press issued in the eighties/nineties (?). Maybe the term rickety five has gone out of fashion or was replaced by another word.
Anyone got a clue? 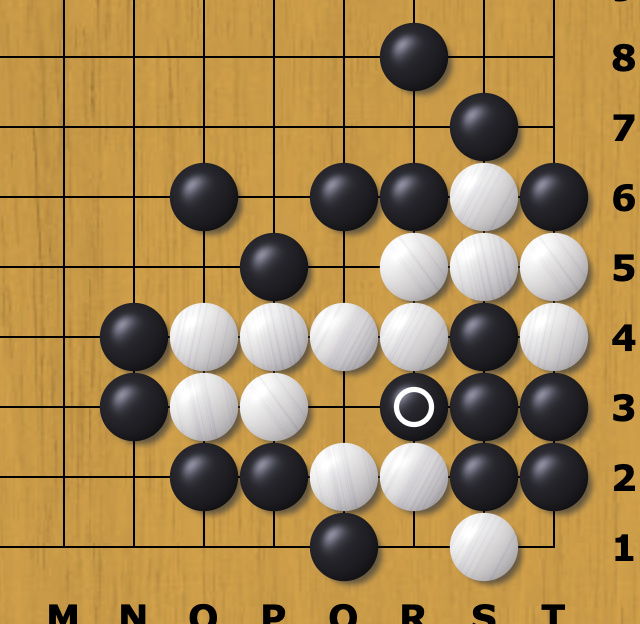 Unfortunately I don’t know about rickety five. The shape of the chain of stones that the last move connects to, is sometimes called rabbitty six I believe.

Never heard about rickety anything, but in case the number was more important than the actual ammount of stones showed

there is “bulky five”

I could very well be wrong about this. After almost thirty years it is not unlikely that my memory is playing tricks on me

But I will try to find the source and report. Later.

Wonder where I picked up the rickety.

Wonder where I picked up the rickety.

Bulky 5, rabbity 6. Ok
Rickity never heard. Maybe a name given for the shape resulting from capturing a connected ponnuki?