Hello,
This is a game that i played against an FFG 7k on the board. After these few moves i felt that he was overplaying a bit but that i couldn’t find ways to punish it , any suggestion on how i could’ve played ? 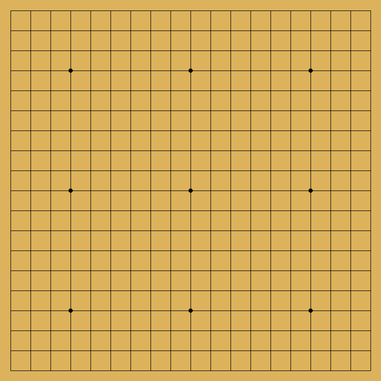 Besides that, I’m not sure there’s much you could have done. r9 wasn’t an overplay and should live. Tenuki at move 50 was an overplay, but I couldn’t find a better sequence than ko. If I were really stretching for move suggestions, move 33 could be q11 so you can lean at o10 later, and move 47 could be hane. But I didn’t see anything really wrong with the game moves after 27.

I would agree that there was no overplay. It’s just that the bottom right sequence was good for white, and white could have chosen a safer route at move 42 with N9 or Q7.

K15 looks a bit deep and gives black a chance to counter-attack with G15.

I see, thanks to both of you for the comments.