Score estimator: what it's for?

I’ve been using a lot score estimator provided by OGS until few days ago.
I know it’s a bad habit, but in my roadmap to improve the counting skill was less urgent than other topics.

Lately I won a game by resignation. The opponent said “I think I am too much behind” but the score estimator indicated he was ahead of about 10 points!
This situation was eye-opener for me: I suddenly discovered that not only the estimator was wrong but also that it’s unreliable and inconsistent. If you keep clicking on it you get different answers (all wrong, in this case).
See image.

I read other threads talking about score estimator, discussing on chinese vs japanese scoring or the difficulty for an algorithm to understand if a group is dead or alive and so on.
But if the estimate is unreliable also in good conditions (end game, no tsumego situations, etc…) really what it’s for?

The good news is that I eventually started counting score on my own and it’s a good feeling!

I think the score estimator is a good tool not to get the actual game result of course, but to figure which parts of the board are still uncertain, maybe hinting at some opportunities. In the very endgame, when the score is tight, it might help you decide where to find the couple of points you need to put the balance on your side.

Have you written Microsoft an email yet asking why, if they can’t write a secure operating system, they’re bothering at all?

It’s obviously an estimate. Considering the scoring algorithm is often wrong (much more worrisome), this is laughable. On KGS the ‘score guesstimator’ is so infamous for giving wrong results it’s even being mocked on its own senseis page: https://senseis.xmp.net/?KGSScoreEstimator . Similarly for Tygem - it’s decent, but just an estimate. The best approach - if you’re going to use the estimator - is to use the visual cues to count, add captures and komi and compare.

Concerning the question why the evaluations contain a random component, who knows. I agree that estimates should at least be internally consistent, even if it creates the illusion of accuracy. In that case I’d rather have it compute a Leela-like winrate instead of a fake score.

The SE was implemented to give a real-life example of why it is so important to think for yourself instead of relying on a program whose algorithm nobody cares to understand or check.

I used to do it until I realized it gave me wrong informations.
In the game above I was trying to find some spot to attack and reduce the gap while I was already ahead.

At the end of the game, after closures are made, the scoring estimator is amazingly accurate. I can go dozens of games and never have to adjust the scoring manually.

During the game, where there are “loose ends”, the estimator is inaccurate. It can falsely identify a large territory as mine, and then my opponent places a stone—boom, welcome to the world of peptic ulcers! lol

It can actually influence play, such as an unoccupied point connecting two large groups, yet one of the groups is wrongly indicated to be my opponent’s in Estimator. So, I play elsewhere, they look at the score and think they’re fine & play less ambitiously, then at the endgame I plunk a single stone to connect.

I’ve stopped using it as frequently during play because it’s inaccurate, but mostly because it’s a crutch—almost like X-ray spectacles

to see through walls—that I will not have in club and tourney play. As there is a button to disable Analysis when creating a game, I wish there was an option to disable in-game Estimator so that games would be more similar to a real board and stones for both players. The Estimator could come in during scoring phase only (and, although one could resume the game once they spot disconnected groups, it’s still an improvement over doing it every single in-game move like some players do now).

“At the end of the game, after closures are made, the scoring estimator is amazingly accurate.”

I’ve found that it often awards a point to moku that are actually dame when those moku are inside a closed area, especially if they’re on the side.

As has been mentioned, the SE uses chinese scoring, which means there are no dame. I assume the SE awards points for (what would be) dame whenever it thinks they can only be filled by one player.

That’s a good insight; I hadn’t thought of it that way.

I’m not sure, but I think that Score Estimator is a distinct piece of software than final scoring after both players pass.

It’s for estimating scores, key word being “estimating”. It doesn’t accurately score, but you can look at its estimate and figure out if it’s accurate, or how it should be adjusted.

In this case, there’s 12 white stones that aren’t being marked, because the estimator isn’t sure if they’re alive or not, but which all look like they can’t actually be captured. All of the living black stones, meanwhile, are marked. What this can tell you is that the score estimator is off by at least 12 points, likely a bit more, since it looks like white will probably pick up a few unmarked points of territory, as well. It estimates that black wins by less than that, so white is probably ahead by a small margin. It’s close enough that the game is probably worth playing out, and the endgame will likely affect who wins.

I used to have issues with this, but now that I’ve switched to New Zealand rules it seems to always be consistent and accurate.

This is also why it doesn’t give the same answer every time: because it “rolls the dice” on “probabilities” to come up with a guess at what will happen.

I hate myself when I use it, but I do use it from time to time, for two “cheating” benefits:

The score estimator tends to “leave open” areas that are at risk, and this highlights them.

When I do this, I always click the button a number of times and take note of the sizes of the significant chunks of territory that it is giving each person. Then I eyeball the remainder, and it’s simply less counting to count the remainder against the score it gives to see what the total roughly is.

These are both awful crutches, and I wish they weren’t there, but from time to time I am too weak willed to resist…

(The same with the analysis tool - I love the Fast Correspondence Tourney, where this is turned off. My reading skills lept forwards during that. But if it is available, I’m too lazy

Surely Robert can be dispelled again like other demons? 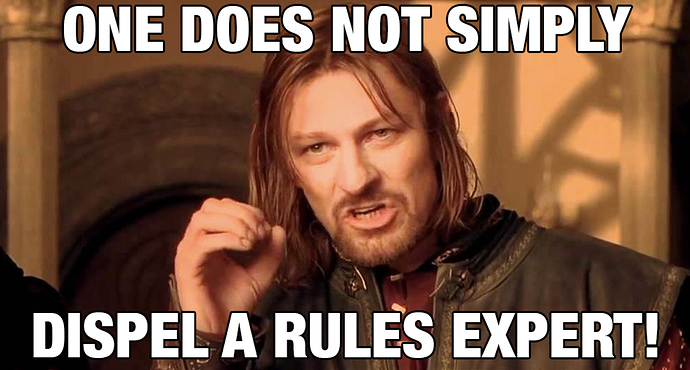 In the end, it’s all about playing the board game in real life vs online.
We play online because usually we can’t play it in real life as easily, as we can play online.
Online, we have extra tools: Analyse, estimate…
This is the age of AI
If you wanna play Go before that age, play offline.
I would love to invite everyone on this forum for a board session at my club!
But what are the odds?
So, we stick to our beloved server…

I would love to invite everyone on this forum for a board session at my club!

But I could also come to Prague, love the city, love the Urquell…
Or should I say, Staropramen?

Prague works for me

beer is on me, but I do not own a go club there

But Amsterdam sounds also nice (I have never been

) or we can meet halfway at Trohde’s

sure it would be a nice surprise for him.