Seki Because of Miai

If either position is reached by the end of the game are they considered seki because of miai? I find I’m struggling to understand dead versus living positions. 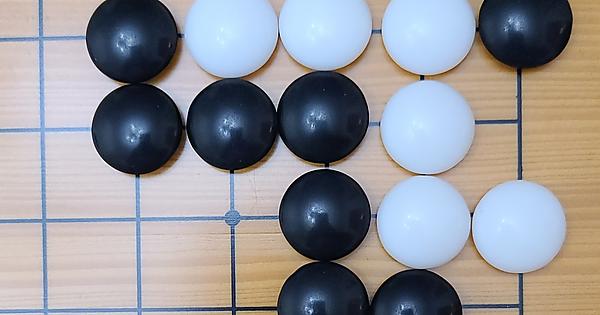 [Album] Seki Because of Miai 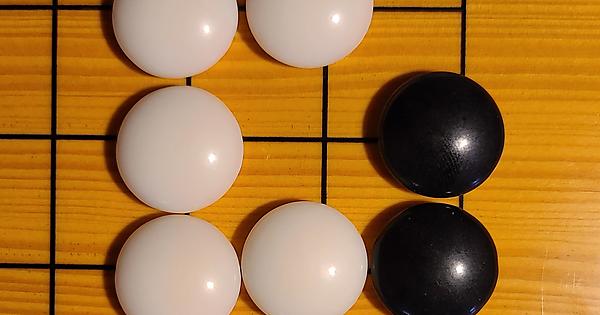 The first case is an example of “bent four in the corner” (or rather a shape that can be reduced to one), where White is dead. See the Sensei’s Library article Bent four in the corner is dead at Sensei's Library
See also: [Study Group] Essential Life and Death Patterns - #13 by yebellz

The second shape is a seki, assuming that the White group is surrounded and cannot make another eye elsewhere.

Ok I see it now in the first one. If black plays a fourth stone internally white cannot play because, even though it looks like white could chapter the inside black stones, it’s considered a suicide move. That’s what I’ve been missing.
The second picture is a position taken from my one and only game so far and I was surrounded with no hope for a second eye.

Ok I see it now in the first one. If black plays a fourth stone internally white cannot play because, even though it looks like white could chapter the inside black stones, it’s considered a suicide move.

Not really, if black plays a fourth stone white can capture the four stones. Black will play inside again and white can start a ko fight.

It’s a quirk of the Japanese rules with territory scoring however that this ko fight doesn’t need to be fought, as long as the surrounding group is alive. It’s to do with not forcing the players to lose points by removing stones from the board.

I think in practice under Chinese rules this ko won’t be fought either and white is dead, unless white has more unremovable ko threats when the game is over(?).

If either position is reached by the end of the game are they considered seki because of miai?

Once upon a time, the Japanese rules explicitly listed a long catalog of shapes as being alive or dead or seki or whatnot.

Other rules don’t do that, and even the Japanese rules no longer do that.

When the game ends, either the two opponents agree on the life-and-death status of all groups, or they have to play it out. Things can get relatively complicated in Japanese rules, but in all other rules it’s as simple as this: you keep playing the game until all “dead” stones have been captured. Any stone that has not been captured when the players pass again, is alive. The rules don’t concern themselves with what shape is considered what. If it’s still on the board, then it is alive.

Some online servers handle scoring differently, with an AI deciding instead of the players which stones are dead and which stones are alive. It’s convenient if all you care about is gaining a few seconds during scoring time, but not really connected to the real rules of go.