In the game I just played, for me, this site showed
me and my opponent in the wrong player-tabs.
(the upper-right of the page, where it shows
player-names and number of captures and time-on-clock) 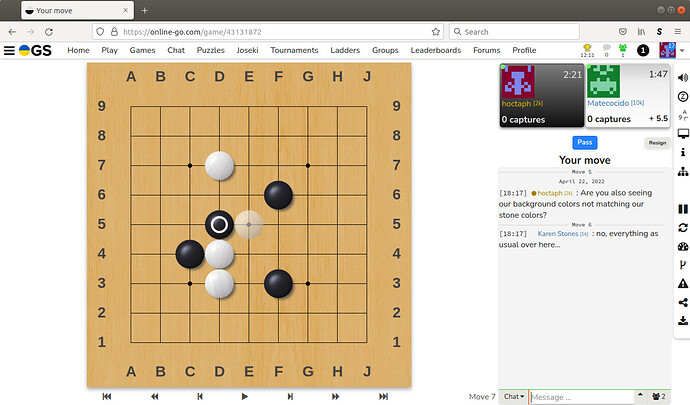 I still have that window open, in case keeping it open helps debugging.
The player-tabs display correctly when I open it in a different window,
either from my profile or by copying and pasting the url, and based on chat,
I believe they were also showing up correctly for my opponent.

I’ve seen it several times. I think it happens when two players accept the challenge almost at the same time, and then for some reasons you see the wrong one.
In fact you were playing with Karen Stones, not Matecocido. Refreshing the page fixes it, but it remains a bug.