As always, I am mainly interested in the beginning of the game, which already made me lose but I don’t know what I could have done differently. Please, if you want to review keep it simple because complicated reviews (japanese terms, strategic moves 10 moves ahead, etc…) are way beyond my cerebral capacities.

I have posted a simple review of the beginning, https://online-go.com/review/415480. I’m not much stronger than you, but I hope there is some value in my comments.

Thank you very much. Unfortunately, I cannot really read it, because somehow the review option does not seem to work very well. The board does not draw completely. Does this happen to other people too? 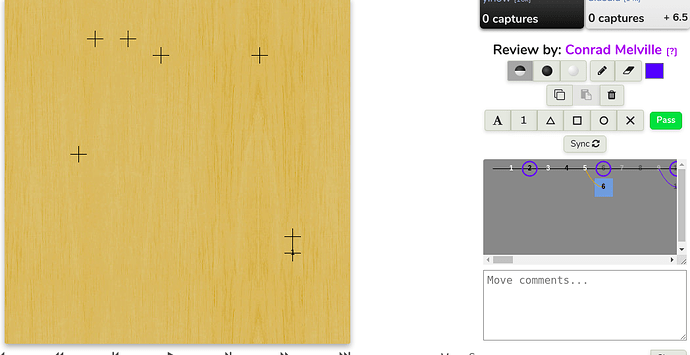 If you open the review on a computer it will work fine, only Android is affected in this way.

No. I opened it on a computer (Chrome on Linux) and it does not work fine. I don’t have Android (I don’t have a smartphone).
It works fine with Firefox

So, now, I could actually look at your review. Some of your comments were useful, but some of them were still too “high-level” for me. I don’t really get all this “4-4” is better than “4-3” or calling a defense move “too slow”. I am sure you’re right, but I just don’t see it.
I just played another game against the same opponent, and of course lost again, and again I think it already goes wrong in the opening. I tried to review my first 50 moves myself, to give you an idea of how I think (wrongly, I suppose): https://online-go.com/review/415748

Let’s make it very simple: Your opening wasn’t the reason for losing either of the games.

I’ve run LZ on both games. The graphs show the win chance for black. The lower the green line, the better for white. 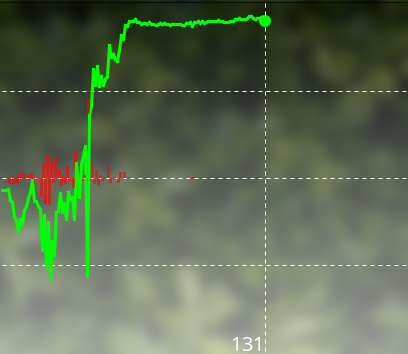 For the first 40 moves white is ahead. The game changer is move 43. To save the single stone is as good as just passing. 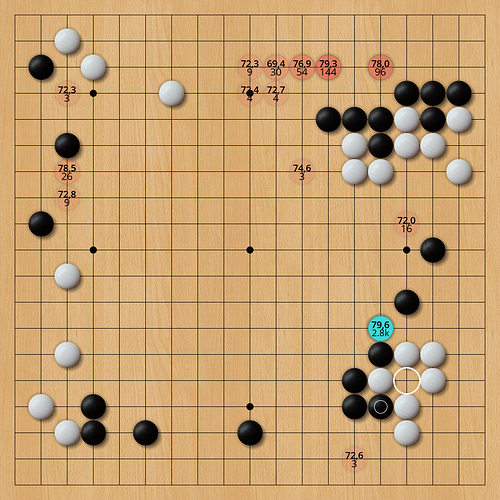 After the first 50 moves whites chance to win is about 80%. 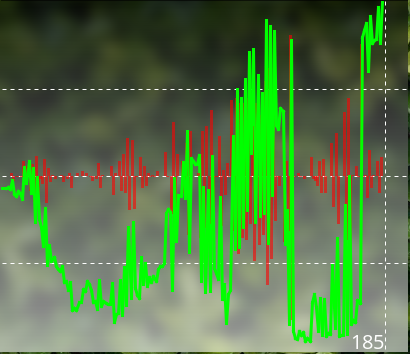 Mid and endgame is dominated by sub optimal moves. Most of the time after move 60 LZ wants to resolve the lower right corner.

left some comments in your review. i agree with @flovo and LZ ^^.

Thanks! That is very instructive indeed! I see that I had completely the wrong idea of where I went wrong during the game. I will have a look again

Thanks, your comments are extremely helpful. It shows that some of my analysis was not so bad but also that in some cases I completely missed the point. Thanks.

One more question, the last section of the game 2 where the green line goes down until it goes dramatically up again, which move starts it, and which move ends it, according to LZ?

To save the single stone is as good as just passing.

This is true, but while black and white are playing local moves this isn’t so important.

I think the changing move was actually P7 (move 45) that connects black’s weak shape while surrounding white in the corner and separating finally white group around Q14 from any friend stone.

Also this is huge because the group around Q14 is very weak. And this comes from earliest moves.

Black kick at move 11 should have reinforced white along the side. But the outcome is a strong corner for black and a weak group for white. This also was very important for the whole game.
I believe that AI’s win rate doesn’t show that because of the very weak shape black had around P7-Q7.
Once this weakness is removed (move 45) it becomes clear that black is ahead.
But I’d say that black is actually ahead after white’s moves 12 and 14. And black R10 (move 21) is also very important in that context.

So @alasala is right whe he says that his opening was weak. Expecially when talking about the top right corner.

At least, this is my low-SDK understanding.

Ok, I see what you mean. Especially how W’s move 12 and 14 were very bad (I thought they were good at that time, but clearly they were rubbish). However, what I do NOT understand (and similar things often are said in other reviews) how B’s move 45 P7 has anything to do with my weak ground at Q14. They are miles apart? I mean, I see how P7 makes W’s bottom-right corner weak and closes W in. I also can see that W’s stones around Q14 are in trouble. I can also see that P7 makes B’s position stronger. But I don’t see how my stones in the bottom-right corner (let’s say I would have put a stone at P7 on move 44) could have helped my group Q14. In my view, these groups are impossible to connect. (Actually, you also mention black’s R10, which seems to break the two White groups)

Black R10 splits your stones, but it’s just a single black stone behind enemy lines.
P7 is where R10 connects back and is alive.

If you had played P7 in advance, maybe black could have kept your groups separated, but at the cost of being separated too and enclosed in a narrow place.

Frequently we are scared by our own weaknesses while the opponent is weak too!

Attacking his weaknesses can make us stronger

Okay, that’s interesting. Especially since it seems such a small move (e.g. putting a stone at P7 on move 44) but I see now that it could have big consequences (certainly bigger than catching a stone at Q5). Thanks for your help.