Sorry for the delay 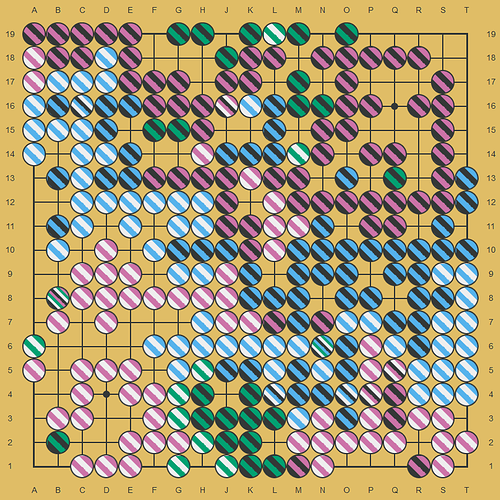 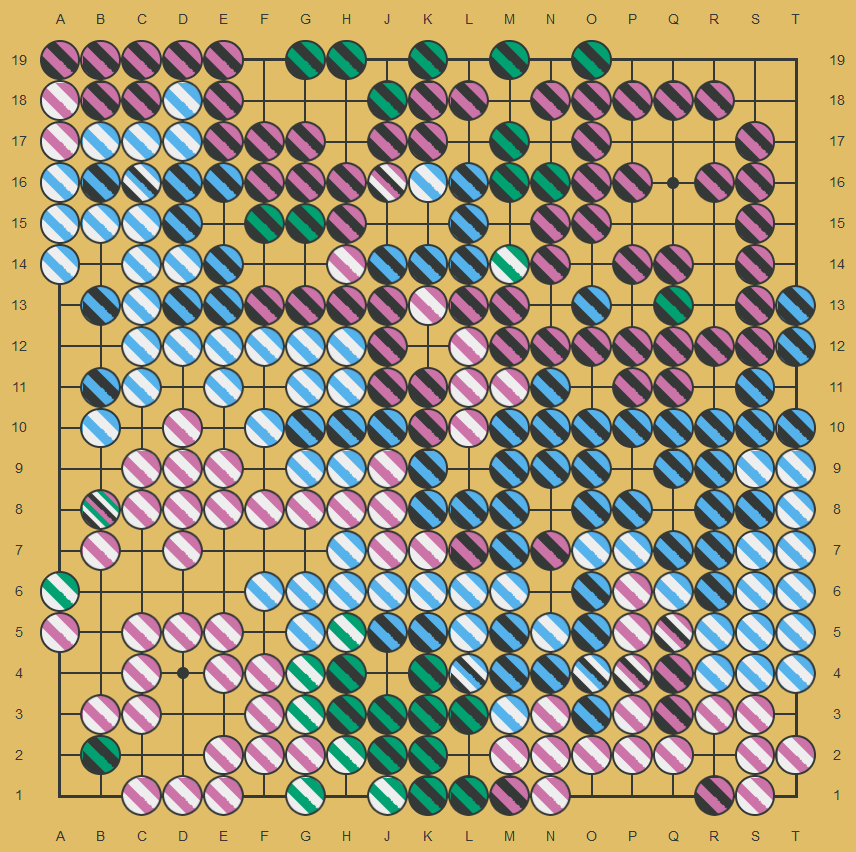 @Vsotvep, I’m contemplating to play G14, what do you think?

Couldn’t do much harm either way, I presume.

No collision! Placing all stones … 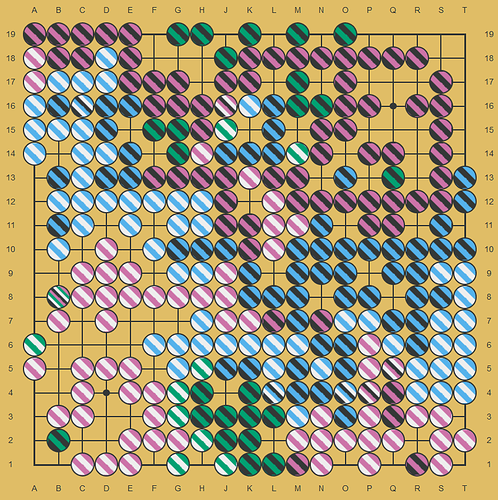 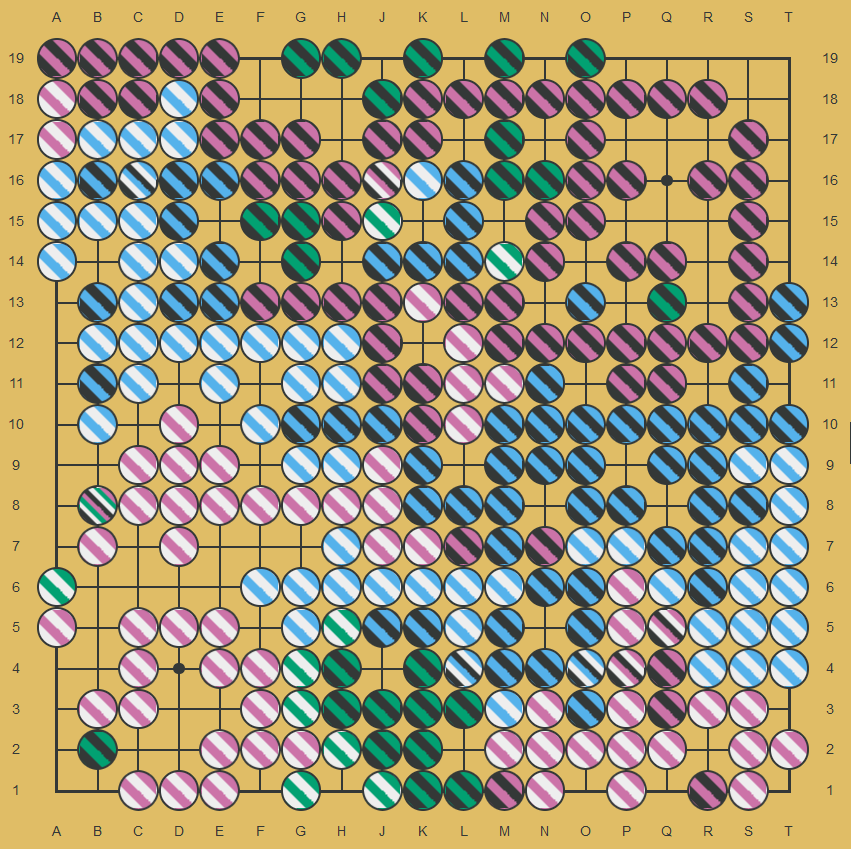 Getting N6 to be Blue | Black is pretty huge, it’s one step closer to being completely connected. Also, N5 forms another eye.

I propose that White resigns.

I count that Black is ahead by at least 10 points. Even if we remove all of the green/black stones at the bottom, as well at the pink/black stone at M1, and the two blue/black stones at J5, and then take control of all of the area that they currently occupy, we would still be behind by 10 points. Of course, it’s likely that the gap would be even larger since connecting out the J5 stones is quite possible.

I don’t see any other possible big endgame moves that could drastically change the score.

What do you think @Feijoa and @terrific?

I am fine with resigning.

I’ve also counted the score and am happy to resign.

For a while I was convinced black had no chance to win.

Thank you for playing everyone and well played as well! It was exciting till the end.

This was fascinating, probably my favourite Go variant of those that I’ve tried. I believe the public discussion adds a lot of flavour and makes it a lot less speculative, since it’s quite hard to effectively coordinate moves as a team.

I’d be up for another one of these, or am happy to host one.

Yes, that was a lot of fun. I spent so much time trying to read out what was going to happen, thinking about what X would do if Y knows that Z thinks that I’m going to play here…usually without really getting anywhere.

Also, I committed to a particular style of communication at the beginning hoping that at least @yebellz would notice, but I fear that maybe only @Vsotvep figured it out (did you?), and by the end was keeping it up just because it had gone on so long already…

but I fear that maybe only @Vsotvep figured it out (did you?)

I’m not entirely sure, but I felt confident that you never really announced your actual plans, since your moves generally did not happen on the places you claimed. Especially when saying you wouldn’t be doing something, you’d usually do it

So what was your rule?

I lied on the odd moves. For example, I didn’t really count the score

Thank you for playing @Feijoa @Jon_Ko @Maharani @terrific @Vsotvep @yebellz! It was my pleasure to accompany you on this game. How did you like the variant?
I personally think that additional colours make chains less stable (opposite to what I thought when we started). As a result more captures tend to occur, making the game fun and exciting

Ultimately you created stable chains on the boundary between Black and White, sharing secondary colour with an opposing chain. I quite like that.

I made a GIF as promised, but it’s too large to upload here

Thanks everyone, it was really interesting to play. I’m glad we could turn the game around. Well done team black.

Thank you for hosting, martin. <3 And you better find somewhere to host that gif, as well…