Some chess pros believe chess is "dead" due to memorization, does this problem exist in go?

I saw a few chess pros point out that modern chess is just a bunch of memorization of the theory of the best moves, starting with best openings and then into the middle game (and can go straight to the endgame in some situations). For instance, Bobby Fischer and Capablanca apparently thought this, so they created chess variants to keep randomness to force people to utilize talents rather than simply memorize “the best moves” (for instance Capablanca chess and Fischerrandom variants).

This makes the game devoid of creativity and human “talent” to a certain extent, the more one can memorize. Now go is more complex, and also maybe not at the level where all the best moves are known. So does go have a longer “fuse”, so to speak, that it has a few more decades or centuries before it becomes “dead” due to memorization, or is there something inherently different about go which can keep it alive indefinitely (or much longer)?

I welcome any discussion and thank you in advance for your contributions!

An interesting question. Chess openings are more set and thought out than GO. It has less move possibilites in the opening than GO. But yes the Joseki’s are similar to different chess openings. I wonder if anyone can memorize all the GO possibilities.

Even with GO we do see the standard approaches and starts to the game. For fun I know there is GO variant with cards that add a chance of randomness. Such as two moves, or lose a turn, etc… So it is GO but now has luck added to it. I think it sounds fun…

"Chess openings are more set and thought out than GO."
Are they? I’m a beginner, so I can’t say for sure, but it looks like there is a certain pattern, and although it can wildly diverge quickly and there are certainly MORE openings, it seems memorizable.
"I wonder if anyone can memorize all the GO possibilities."
Probably not, but for our discussion what matters more is probably about there being enough memorization to the point where the game becomes less “fun” anymore and more memory-based rather than about creativity and logical/reasoning skills. I’m sure something like this exists (memorization giving significant advantage), but there may still be enough uncertainty to keep things “fun”. But as I mentioned, maybe the game has a “fuse” and at some point the best moves will be “proven”, rendering the game “solved”.
"For fun I know there is GO variant with cards that add a chance of randomness."
Yeah, I was thinking of some ideas to introduce randomness, like about a random stone drop for each side every so many moves or something. Or you could have “neutral” gray stones that drop and become dead stones that have to be worked around. I was trying to think of other pieces to add, or how to change the board, or how to alter the rules to create some interesting scenarios.

I think I find myself totally more interested in variants of whatever game because it keeps things fresh, and I don’t see a reason not to continue innovating and changing things to force people to stay creative. Obviously there are some problems with variants, for instance that it fragments the amount of people who are interested in playing a specific variant, whereas with the main go game there are many people who play and have the shared experience of how to play the game.

Both, Go and Chess are games with full information available. So definitely there will be a day in the (far?!) future where both games are calculated to the end. But…

In Chess you already have databases with all possible positions of seven pieces (size of around 160 TB, published in 2013/14 by a Russian university, iirc). 3-5 pieces was solved in the late 90ies (size from few KB up to 7 GB). The effort and the size to solve chess positions with n pieces obviously increases exponential. If I compare this with Go I can’t imagine that Go will be solved in a reasonable period. Even more because you probably can’t solve Go from the “end“ as people try in Chess now.

Openings in Chess are not solved in the meaning of an absolute truth. Yes, there are some openings which tend to dull and drawish games. And there has always been kind of a fashion every 2-5 years. It’s also true that (Super)Grandmasters have to memorize a lot of homework and recall it in their games. And at least you also can try to get complex, unusual (sometimes unsound) openings at the board, like Magnus Carlsen (World Champion) or Richard Rapport (a Hungarian Grandmaster) do very often.

Chess and Go have a lot in common but they differ even more (as far as I can assess this with my big experience in Chess but only minor in Go). Go is ways more complex as you already mentioned, the opening is rather based on general principles (Chess openings are usually very, very concrete). The early phase of Go has more positional tendencies with fine nuances, while in Chess (mostly hidden) tactical features dictate the path of the game. This also makes the reasonable variation trees in real games much bigger and broader in Go than in Chess.

Go up to board size 7x7 has been ‘solved’ (in China at least, but en.wikipedia still says up to 5x5), however, regular 19x19 Go is incomparably more complex than Chess. In terms of possible legal board states as an indication of complexity, Chess is less than 1 times 10 to the power of 47 when compared to 2.08 times10 to the power of 170 for Go.

AlphaGo even showed some un-conventional Fuseki in post-Lee Sedol games (posted by mark5000), in addition to the fabulous move 102 in game 1 of the Sedol games, indicating over 1000 years of study so far may well have a lot of areas still unexplored. Professional Go players are analyzing and learning from these, and none of them would claim Go is “dead” in terms of the room left for creativity and talent.

If you feel regular Go is not complex enough, take a look at Batoo.
If you want randomness, there is Frisbee Go.

If the game become a memorization game then we can always tweak the rules a bit. I don’t think it is necessary though. It can take a life time to become 9p. Their games are always different. Its not like there is a rule to have to play a certain way. Just be like go seigen and kitani change style and play weird things.

In go there is usually at least 1 alternate move to play.

FYI Lee Sedol is said to be using what he learned from AlphaGo: 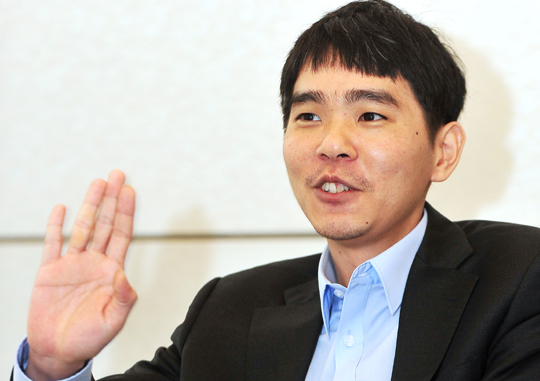 Lee Se-dol, "Learned a Lot from AlphaGo": Lessons Also Applied in the "Human...

I decided to more accurately predict the next move instead of depending on my instincts, and I am putting that into practice.Lee Se-dol (9-dan, 33ddd

With AlphaGo, computers have “superhuman” level with Go. I do not think the game can be solved with the computing resources available today but that was never the goal for researchers. What is the point of hanging on to an unfathomably large data set? The point of AI research is to teach computers how to make smart decisions with less data as humans are incredibly capable of doing.

Chess is arbitrary. We have to accept that certain pieces do certain moves in that is all they do. On a fundamental level, chess makes no sense. Point me to the massively large player population of chess and I will point you to the massively large population of people driving SUVs. Sure, it can be fun and you might just achieve some life goals with it but you’re still dealing with the fundamental problem: chess makes no sense.

GO is organic. It is beautiful in its simplicity and awesome in its fractal complexity…

You don’t have to kill in GO. In fact, violence could detract from making larger gains elsewhere on the board and put you into a position where you will lose.

Chess requires violence. Everything in your way of capturing the king must die.

GO has a huge element of blackmail but nobody will get hurt if you just do as I play.

I understand the question, but I think there are more aspects to consider first.

First of all: Go is reversed (in comparing to chess),
you fill the board up, instead of emptying it.

In chess there is one specific picture and you will take components out, to clear the board (almost).

Imagine, you have an almost empty chess board (a certain endposition in chess) and you have to make the moves reverse, to fill the board up, until you come to the usual start position. The exploring in chess that you pointed out, is for exact one(!) start position. To increase the randomness in a similar way like in Go, have change some figures in the start position (like: put the king in the front row) and then you can start exploring again all the possibilities for this.

Of course there is one important dynamic factor more in chess, (what gives chess more possibilites then go per same board size), you can move the figures on the board. (I can’t imagine the exploding posibilitys in Go, when I would establish a ‘pushing stone rule’ like in ‘Abalone’

Second thing, there is a limiting factor: the human brain. With all it possibilties, Go is more then the human brain is capable to memorize in a lifetime.
So every player makes abstactions to handle it (an abstraction is a reduction of information) and every player makes diffent abstractions. When 2 player play a game, the combine there abstractions (reduced informations) to a new piece.
And there will allways new creations as long humans brains can’t memorizing it all.

So its more like dancing.
Of course some good dancer learned much bodymovements (technique) and many dancing styles (abstractions) but there will be always some new combinations between 2 even perfect dancers. And more important: the flow while perfoming, is a good feeling in the brain

To answer your question, with a counterquestion:
Could dancing be “dead” due to memorization?