The exact size for a space to be a moyo

I feel like from 15k and below, moyo’s have appeared in games much less than before.

So I started to wonder, how many points does a space of territory have to be in order to be a moyo?

How many angels can dance on the head of a pin?

"How many angels can dance on the head of a pin?" (alternatively "How many angels can stand on the point of a pin?") is a reductio ad absurdum challenge to medieval scholasticism in general, and its angelology in particular, as represented by figures such as Duns Scotus and Thomas Aquinas. It is first recorded in the 17th century, in the context of Protestant apologetics. It also has been linked to the fall of Constantinople, with the imagery of scholars debating while the Turks besi In mod...

How do you define moyo? When in the game do you start to think in terms of moyo? The exact size?

how many points does a space of territory have to be in order to be a moyo?

This question seems to contain a contradiction: space of territory versus moyo.

In my opinion this question is unanswerable.
Just my two cents of wisdom.

If it’s not solid territory, it’s potential. A moyo is really just a large potential.

I think that this answer indicates that there is a reasonable question to be asked about “when do we call something a moyo”.

If you remove the word “exact” from the question, it is reasonable to ask, to get a feel for what in practice would be called a moyo.

I don’t believe that a 1-2 space potential in end-game would widely (or at all) be referred to as a moyo.

I think that a moyo is a mid-game concept, and “big” means something of 15 points or upwards, not in a corner.

As Eugene said, trying to hard define things in Go is somewhat fruitless. There are a lot of things that can’t really be defined/answered exactly (ex: When is the opening over?), so whatever definition works for you is perfectly fine.

The most important is to make the difference between a territory and a moyo. If you can kill an invader, it’s a territory, if not it’s a moyo. Moyo are still interesting as they will create points too. But you have to be clear in your mind what is what to not confuse or disappoint yourself.

By the way, what is a completely surrounded quarter of goban? (Stones on the 10th lines)

And first lines or no?

Imagining on a real board of normal enough size, that you can fit your hands in the area surrounded by stones of one colour, it’s probably a moyo

Does this also apply to children with small hands?

No no first line. (and no stone in the corner)

I don’t really think the distinction between a framework and actual territory is that important, because knowing the difference requires perfect reading skills for life and death and perfect play.

If Katago can live in my area that’s supposed to be territory, is it no longer territory, or did I just make a mistake? Either way at the end of the game it wasn’t my territory.

With a proverb like -“Invade a moyo one move before it becomes territory.” (not sooner), you may as well be saying, “Win the game before you lose it”.

note that i’m not talking about “moyos” that form naturally in late-midgame, but moyo-oriented strategy from the start

also note that i’m just ~5kyu, so this is just kyu-level rambling

The way i think about it, is that when your goal is to build a moyo, you want to build it too large.

You want your moyo being too large for your opponent to ignore, you want to put your opponent into situation where they “have to” do something about your moyo. Then you can fight inside your moyo where you’re strong and have support, while your opponent will be playing many moves that are aiming to just live with 2 eyes, or they are playing gote moves that wont make them any extra territory.

The reasoning behind this:
When your opening strat is to build a moyo, you are going to give quite a lot of solid territory for your opponent. If the territory they are gaining is more than what your moyo is threatening to make, your opponent will have relatively easy game by just reducing your moyo a little bit with end-game moves.

This is why you want to build your moyo too large, or at least larger than the territory than you’re giving away. Idea of big-ass moyos is NOT to make that moyo into your territory, but to invite your opponent to invade and fight in the area where you have the upper-hand.

I’ve often heard the saying “If you can put your hand inside a territory, you can invade.”

And a moyo is claimed territory that is invadable, so the answer is that a moyo is as big or bigger than your hand. This, of course, applies to a real board. 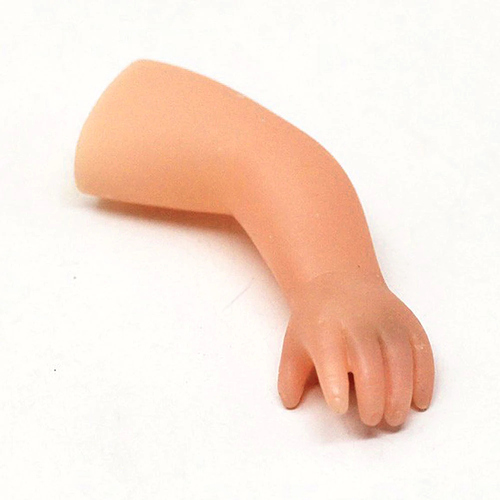 We need an internationally-standard moyo-measuring hand! Get the researchers on this!