I thought I’d show how advantage can disappear without one even noticing, with some help from the OGS bot and my last game (I was Black.) 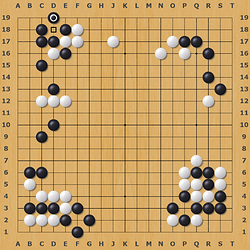 Black WR 75% --> 50%. This looks like a natural move, preventing White from getting thick on the side, but on closer inspection it’s revealed to be slow. 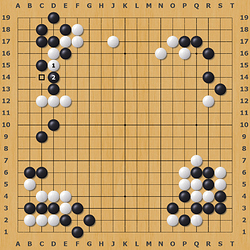 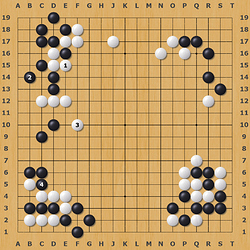 Black WR 30%. Not quite sure why the bot hates this move though. Might just be a misread. I do lose a ko threat unnecessarily but bots tend not to care about that… 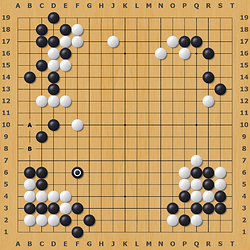 Black WR 30% – 15%. Presumably the bot thinks I shouldn’t make this exchange and I should instead just live with A, and then fix at B if needed. I’m inducing White to harm my ponnuki, so it makes sense. 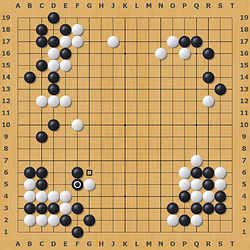 Black WR 15% – 8%. I’m getting too busy, again endangering the ponnuki. I should just push out with [square]. 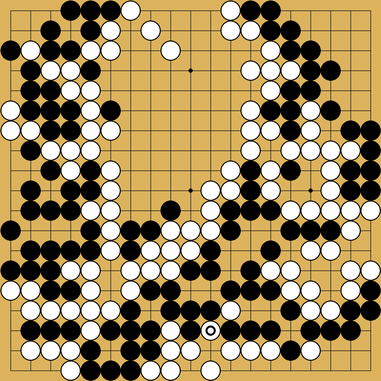 White also pulls off a sweet maneouvre after I ignore 216.

For the 40% -> 30%, the reason is that you’re losing future endgame points. D1 is a better endgame move if white can’t block at C1 for fear of losing everything in ko (bD1 wC1 bA2) and even if white has enough ko threats to block, at least white needs an extra move to fix, so black retains sente if white blocks. (bD1 wC1 bE1 wB4).

If you’ve already forced white to play B4, then you’ve lost all of this. So C5 is a thank-you move, white says “thank you for fixing my endgame problems”.

So the crawl, although very slightly worse in final shape, basically does the job in one move instead of two.

It’s better to see in points.

Black advantage before D19 was only around 3 points. And after the whole thing it’s like 7 points for white. It’s not that much.

But the points are slipping away every move. Why is that, is every move there not good? No, the problem are not these moves. It’s just the player doesn’t see something important in the position, and moves they make hurt this opportunity more and more. 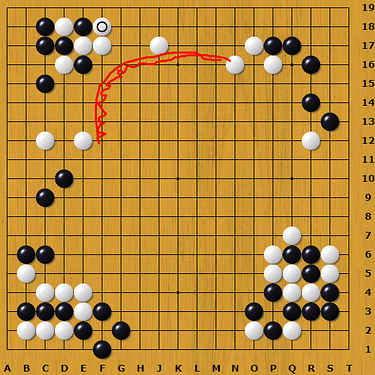 You were supposed to take D16 to get your foot in that potential. 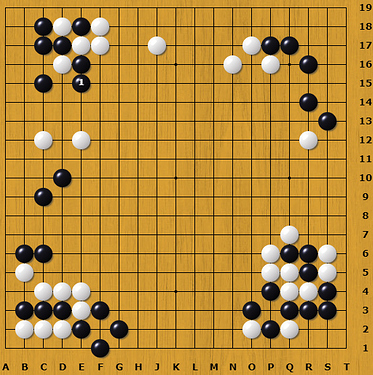 And later the point is not that these corner moves are bad, it’s that you need to deal with the important part first: 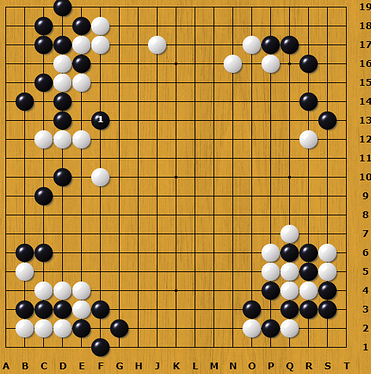 Edit: I guess a move like this also splits off white group there.

White can either just let you do this. Or sacrifice three and since they need to play A after that, it’s kind of sente, I guess: 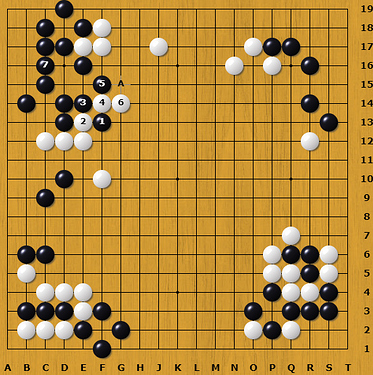 And the black group on the left isn’t in danger of dying, that’s why bot can tenuki from it.

So that’s the problem, not seeing some important part of the position. And I think it’s valuable to catch things like this. When you think there’re problems with your moves and think they’re bad when really the reason is not seeing something else on the board.

Sidenote: I mostly have no idea what I’m talking about, I only looked at bot vars \o/

But the points are slipping away every move. Why is that, is every move there not good? No, the problem are not these moves. It’s just the player doesn’t see something important in the position, and moves they make hurt this opportunity more and more.

This is especially true when it is an general direction and area instead of a tactical move.