I just got the latest issue of the Nihon Ki-in’s monthly Go World magazine (月刊碁ワールド, https://www.nihonkiin.or.jp/publishing/go_world/) and I was surprised to see a history lesson. In 2024 it will be 100 years since the Kiin was established back in July 1924. I hope this means they publish 24 articles because this one is fun.

The story starts with a bit of the background on the various players and factions, the Great Kanto earthquake, then goes on for a few pages. You get tidbits like how the post-War Oteai was held in restaurants. I’ve read about some of this in Fairbairn’s articles on GoGoD and in Meijin of Meijins, so that’s helping me follow this article.

Anyway, here is a picture of Karigane Junichi (left, Karigane Junichi at Sensei's Library) playing Honinbo Shusai Meijin (right, Shusai at Sensei's Library) in their famous match 院社対抗戦, which I think is “In-Sha competition match/tournament” or “In vs Sha tournament” – a battle between the Nihon Kiin 棋院 and Karigane’s opposing school called the Kiseisha 棋正社 . GoGoD has the game as 1926-09-27a labeled as “Nihon Ki-in v. Kiseisha Win & Continue Match.” 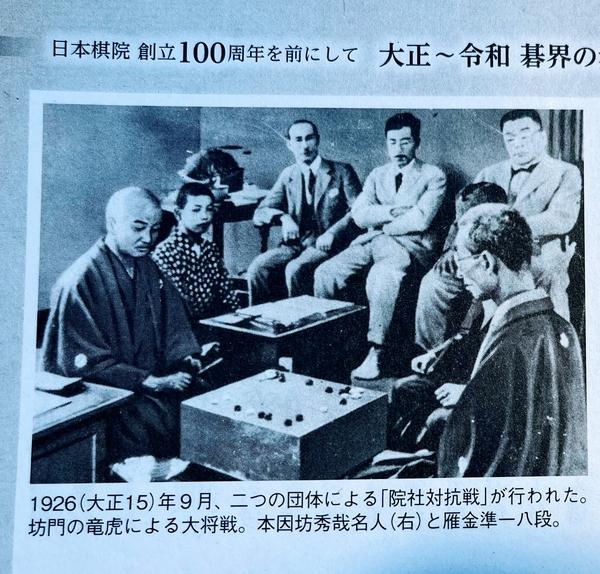 It could be the lighting/shadows but those stones look huge. And look at that record book. I wonder if they still have it? From the photo it looks like Karigane just played B25. I transposed the diagram here to match the picture. On Sensei’s Library this is called the “Famous Killing Game.” Famous Killing Game Of 1926 at Sensei's Library I wish this game was the game review in Go World. 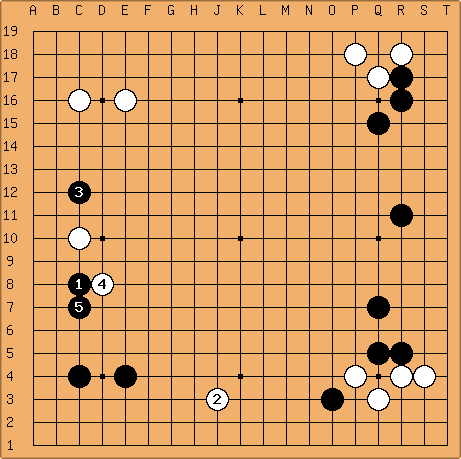 This issue also covers Game 6 of the Kamakura jubango between Go Seigen and Kitani Minoru with a full game review - “Speed vs Deliberation.” 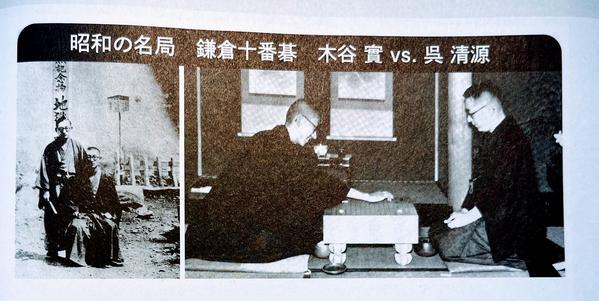 I wrote on Life in 19x19 and wonder if people here are interested as well. “Monthly Go World” magazine (月刊碁ワールド) did publish another history article! I’ll summarize the article but know that I just used computer translation. This was too long for me to read with a dictionary and grammar guide. I’m just a beginner. But the computer translations are half-decent at normal Japanese article text (whereas Go commentary is just bad).

First of all, thanks to editor for recognizing that Iyama’s anime-hairdo was too awesome to be lost to Nihon Ki-in’s annals. Can you imagine how Cho U and Yamashita Keigo felt losing to this punk kid? I should dig up some old newspaper articles from the early twenty-tens. 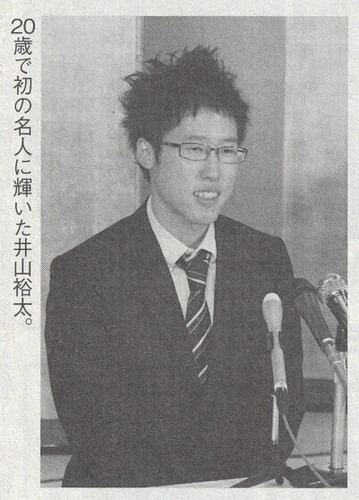 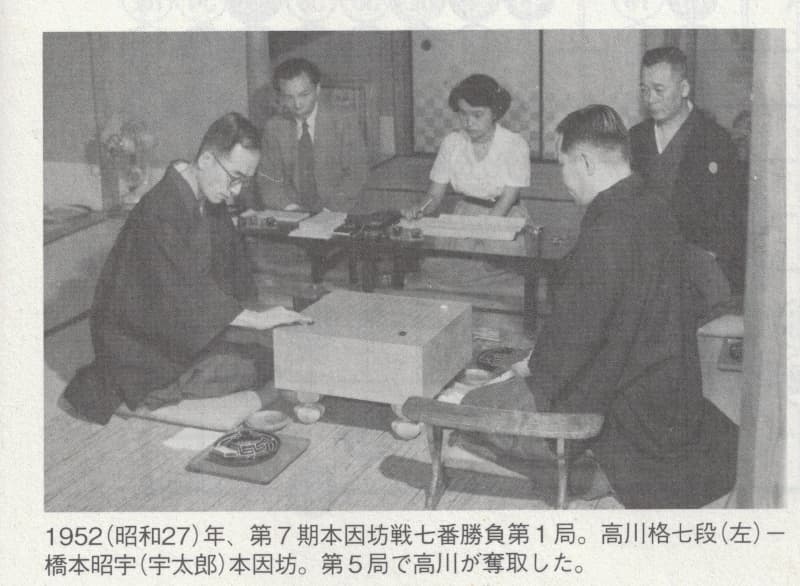 The article starts by covering some of the early drama between the Kansai area players and the new Nihon Kiin. Apparently they collected donations for the new institute but instead of sending the money to Tokyo they used it to build the Kansai Kiin locally. Fair enough I think. The article goes into then-Honinbo Hashimoto Utaro, who is the topic of a GoGoD article I got really into.

By the way, I thought I could just learn when to use nana vs shichi for 7 until I discovered that I own a bottle of shichimi togarasi AND a bottle of nanami togarashi

/GoGoDEncyclopaedia/TBase/Groups/GroupsJp.htm (Skip down to Kansai Kiin)
"…None of that solved the Honinbo problem, however. Hashimoto was still the Honinbo and he was in the independence party… there were many who thought that, if the title had been taken away on the board, it should be recovered on the board. The crushing burden of being the Nihon Ki-in’s champion was to fall on the frail shoulders of 31-year-old Sakata Eio 7-dan… Sakata was 3-1 up… "

Spoiler alert! The last 3 games were exciting. I reviewed the games but wasn’t able to find much in English at the time. Only later did I discover the digital SmartGo book “The Honinbo Tournament - The Early Years.” I was enjoying the read but always jump around. I think I’ll go back and read Term 6 with Sakata’s challenge. Later on Takagawa won. The article then goes on to list Sakata Eio’s many accomplishments, holding most of the titles and winning over and over.

Also mixed into this article was discussions of them moving buildings which wasn’t so interesting besides the Kansai drama. I’d like to learn more about the rivalry. Has the Kansai-kiin won any titles in recent memory? Will they? Does anyone still care about the rivalry? Are Kansai players the only ones that care? How does a player decide between Nihon Ki-in’s Kansai branch and the Kansai Ki-in? Does this rivlary go all the way back to Genan Inseki? It must go back further right? Is there deeper history beyond Go? 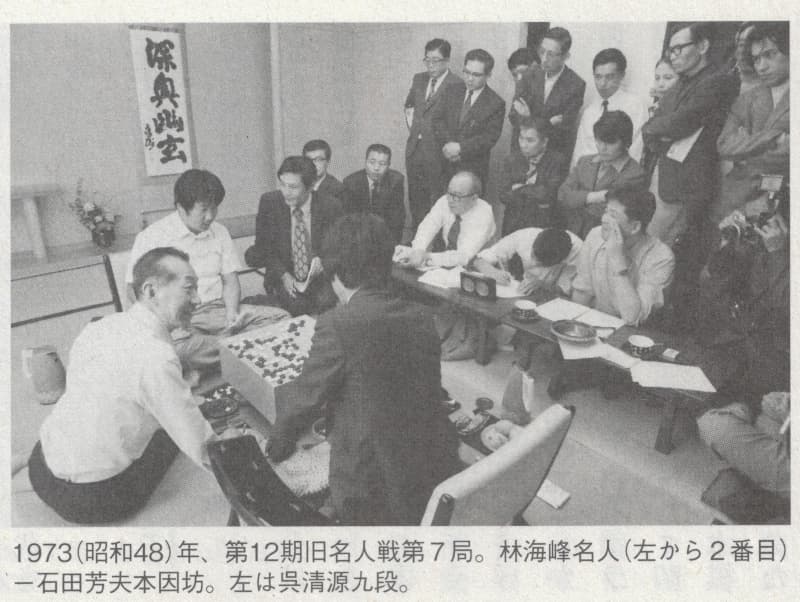 This is also discussed in GoGoD: GoGoDEncyclopaedia/TBase/History/NewMeijinHistory.htm (more details)

My understand is that while the Mejin was being transferred from Yomiuri news to Asahi news (letting Asahi have both the Go and Shogi meijin titles as mentioned in GoGoD), Yomouri was given the Kisei. What’s interesting in this article is that it says:
名人戦は朝日に移る、読売は最高棋士決定棋聖戦を作り、これを序列一位にするとの内容。
I had to actually read this one. My understand is that Yomouri’s new Kisei tournament was specifically given the role of determining the top Go Pro and being the top title. I remember discussing this on here and guessing that because it awarded more money and was listed first that it was the top title. Which is right, but I didn’t know that the Kisei was specifically deemed to be the highest title.

========== Recent Tournaments and Looking Forward =========
(see picture of Iyama above)
The article goes over the top players and mentions Iyama’s dominance. What’s interesting is that even the Nihon Ki-in questions whether Iyama’s reign is over (like some newspaper did previously, I forget which). They ask whether it’s Ichriki’s time, or maybe it’s the era of the “3 birds (crows) of Reiwa (2019 onward)” - “令和三羽” (羽 counts birds), also specified as crows elsewhere (令和三羽烏, 烏 crows specifically) to match the prophecies.

The article mentioned that in the good old days (Showa era: 1926–1989), business men preferred Golf and Go. Now the amount of Go players has dwindled. This is actually a bit unexpected to me and I still do not believe them. I do not think they are lying but I wonder what they are counting. Are they actually counting the number of amateur diplomas being sold? The number of competitors in tournaments? Go World subscribers? I don’t know. But with the advent of computer Go I find it hard to imagine that the player base has shrunk… now I’m researching Japanese population growth. Indeed Japan’s population has stopped growing much since the end of the Showa era and may even be declining recently. So hmm… maybe they do actually have fewer players…

Also, sad to say it but this article was marked 後編 kouhen, which to my understanding means “later part” or last volume. So I don’t think we will be getting anymore articles until the big day is here. Bummer.