(Don’t take this seriously, this is all a joke)

I thought about something. Chess players have Caïssa, goddess of chess. We, go players, have nothing like that. Best we have is “hand of god” but it’s not very personal or interesting, it doesn’t do anything really.

Now, since introduction of Glicko, ranks changes became very tricky to predict - your rank goes up or down with such weird deltas. Plus the system as a whole is harder to understand. Most players don’t understand how it works, some know general principles, and maybe a very small minority if at all can check whether the system works as intended or not. Category ranks are a whole another story altogether.

So I propose to create our fantasy god - god (or goddess) of ranks. It would explain a lot. “Why did my rank rose by only X points?” - “Maybe you were arrogant in your play and the god of ranks is punishing you for that”, stuff like that. And honestly, the way the chat explains rating changes to beginners can be often summarized as “don’t worry about it, it’s magic” anyway. So I think creating our own mythology, starting with the god(dess) of ranks and a temple honoring them, is a needed move. Later we can expand our pantheon.

But the name is first. Glicko sounds stupid.

Wanted to take this off my chest.

For some reason I imagined a cruel god named Grixis first thing.
But I’d actually have to put thought into it for more

Edit: Now I know why, Grixis is apparently an MtG thing…

I don’t think Go players worship rating systems, but instead strong play. We care less about increasing rank and more about finding the divine move.

If we are looking to name a God, perhaps one has already been named.

If we are looking to name a God, perhaps one has already been named.

This was my first thought too

There could also be lesser deities for…

We care less about increasing rank and more about finding the divine move.

Speak for yourself, while I’m gonna try to rank up honest I’m definitely trying to rank up

So I’m gonna try to flesh out something a tad more interesting.

I’m gonna start out with a premise that most gods of mythology start out somewhat simple without a lot of backstory or traditions – it’s the years of time that create them. However, we need that span of time to speed up to just us on a page.

First the name, which very often comes from something related to the deity. I’m gonna start with Glicko, but Japanify it to Gurikko, then a few (random-ish) sound changes to Kurikko -> Kurigu -> Kurigun -> Korigun

I envision Korigun as less of a “god from nature/the beginning” but a “hero who achieved the status of godhood” in our case. Which then how he achieved this will be pivotal to the symbols and structure. Ofc, I’d need some time to actually write and think this out to flesh it out further.

I heard stories in my childhood about the goddess of life and death, Yan. She has many eyes, and if she looks upon you with at least two of them you get to live. If she turns her eyes away from you, you die a horrible death.

She’s said to sometimes take the form of a peacock.

Isn’t there already a God of Go? Don’t know if anybody did it better than Honinbo Shusaku, who remained undefeated in the Castle Games. A book detailing his performance in the games is referred to as the Go Bible by many dan level players (Invincible - The Games of Shusaku). There have also been a few Go Saints

Frankly there are so many cool players throughout Go history, if there were priests, or some sort of elevated status individuals who were worthy of recognition by a God(dess) of Go, these players get my vote for stocking those positions. As players, do we not continually look for inspiration, teaching, and guidance from such individuals? Many of us fantasize, strive, or are driven to be equal or better than these amazing examples. Personally, I’m 38, but hope to be like Sumire Nakamura when I grow up 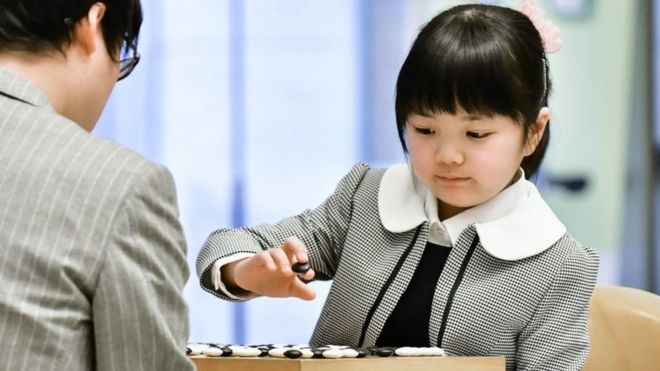 I don’t mean to say that we don’t care about getting stronger. In fact, my entire statement is meant to convey that actually getting stronger (or “ranking up honestly” to use your phrasing) is more important than just doing what it takes to make the rating number larger (which can also happen from luck, opponent mistakes, gaming/abusing the rating system). I think we are essentially in agreement.

I have two ideas for two gods that represent i think the two fundamental aspects of every go player.

Hikaru Shindo representing the student, and Fugiwara No Sai, representing the master. Sure they are fictional characters, but the lore around them is already there. And in my opinion they represent the best and worst in Go players, which is what any and all Go related gods, should do.

Other than that im cant say im ready to make Alpha Go a god, or indeed just make one up. I think it should be based in the history and lore of the Go world to begin with.

In terms of the priests and other stuff… there need not be any of that. What makes this special is that any relationship that we have with another go player can fall in to the master/student roll. We are all masters and all students, and thus, each of us is inherently the propogater and keeper of said gods ideals.

I think its more elegant than having a too rigid structure personally, and its should be about the symbolysm as opposed to actually trying to make a religious sect as it were.

So interesting to see everyone thinking about their own representation of what go is all about. I was meaning to kind of make fun of difficult to understand rating changes, that’s all. But this is turning into more than that, I like it.

Of course, my own thoughts are more in line of @mekriff’s DnD type of thinking.

AlphaGo worship is already kind of religion. We have plenty of AlphaGo fans refusing to accept that AlphaGo maybe isn’t as strong as other modern bots. It’s as if chess players worshipped Deep Blue.

The analogy was a bit unclear. Since you mentioned Caissa first, it seemed that’s what you were after. I thought that bringing up Glicko seemed odd, since it would be like suggesting that chess players worshiped Elo.

AlphaGo is just one many at this point. You have its direct descendants, up to AlphaZero, and then the many similar architectures that it clearly inspired. Still, AlphaGo was the first in an ever growing pantheon.

We have plenty of AlphaGo fans refusing to accept that AlphaGo maybe isn’t as strong as other modern bots.

Is that really the case? Clearly, the earlier versions that were still called AlphaGo were superseded by AlphaZero. Given that Google seems to be done with developing that further and maybe moved on to other things, there’s no doubt that a static AlphaZero is bound to be left behind.