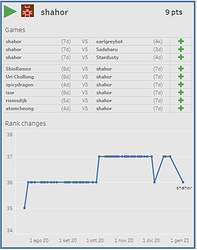 There are 28 players with 9 wins but only 2 of them (the above mentioned) are from top bar.

I don’t think it will be an issue. mew2554 has timed out of all their other games but ThArGos is making steady (if slow) progress through his others. I suspect he paused to save mew from losing by timeout, but hopefully when he realises mew is not coming back, he will unpause and accept a win by timeout (unless of course the only reason mew joined the tournament was to engineer this situation in collusion with ThArGos)

And since they play live games there, I feel made-up reasons for why they paused is just excuses.

Anyway, what interests me is the longing for beurocracy.

that there should be a rule in place for pausing. If there’s no rule, nobody is breaking it

there should be clear rules and procedures for doing so

Next thing you know, you’ll be making UN Assembly. When someone’s in your club is doing something annoying and disruptive, like placing stones too loud, or using a strong laser pointer, you can just ask them to stop. That’s normal. What’s the point of making up rules.

Asking a fellow person to stop doing something annoying and the TD itching to throw people out of his tournament because he kinda doesn’t like slow games after all are two different things.

That I have to spell it out…

I don’t long for bureaucracy, but rather just fairness and consistency.

Why are we even singling out this game and its players as some sort of problem to be potentially addressed at this point?

I think it’s unfair to even suggest that they are being “annoying and disruptive”. It’s also quite difficult to say at this point that any particular game will wind up being the slowest to finish. And wasn’t a basic premise of this tournament that things could take a long time?

You know what they say,

Vacation time and respecting others

If you sign up for a tournament with 3 days/move, and you know you need 1week/move, it’s wrong to abuse vacation time to make up for it.

I feel the same way about pause. Because while vacation ends at some point, pause may never end. While tournament settings allow long thinking time, the premise still is that games are supposed to be played. Not just paused indefinitely. There’re other tournaments where games aren’t supposed to be played, and it’s all just about waiting, the ones with 300x4 weeks byo-yomi. When you paused this one game at 6 moves while quite regularly playing live, it suggests you don’t plan on playing this game, maybe you mistook this tournament where you’re supposed to play with others where you aren’t supposed to play.

Are you going to out-of-context my entire topic? Just wondering.

As I said, a simple group announcement of “please don’t pause your games unnecessarily” or something similar is just basic maintenance. DM if preferred. Scrutinizing how and why individuals do their thing but opposing any simple step to bring the thing closer to the desired outcome serves exactly nothing.

State what’s acceptable and communicate it, no one said to make a tournament constitution.

And, in any case, I am against discussing people (not games), especially without their knowledge. No, people on the news is not the same as fellow OGS users probably oblivious to the fact they are being scrutinized in the forums.

Do you know the longest (in moves) game ended? 369 moves!

I wonder if anyone can outdo this record. 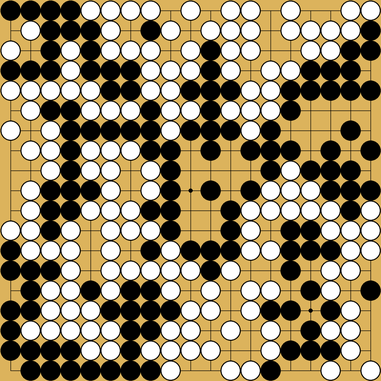 In recent games I have mine my game finished. In the beginning it was ok. Then it got worse and worse, and then I died. 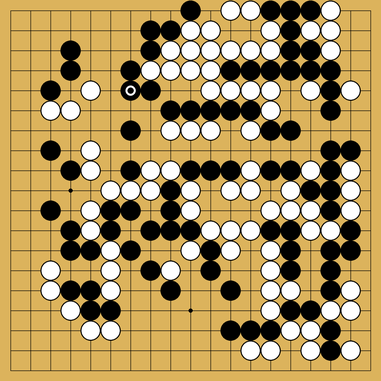 Vsotvep also has a not-so-great game to show. I feel the pain there. 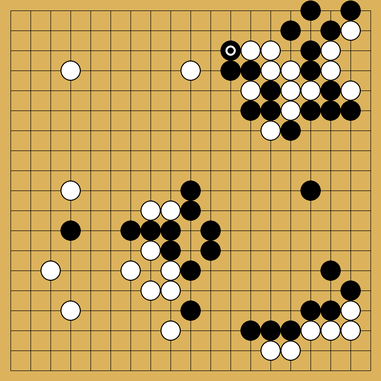 That opening reminds me of ddk games, ufufu. 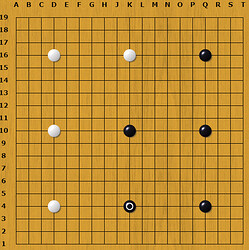 Hmmm. In this one game AI review isn’t full. Only a few moves are available. Is it stuck? Hmm. A few other games are like that also. 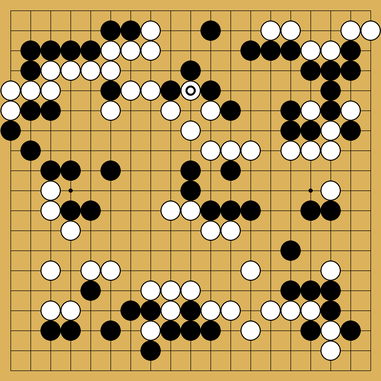 Aw man, look. B+1 but black made a mistake and resigned. 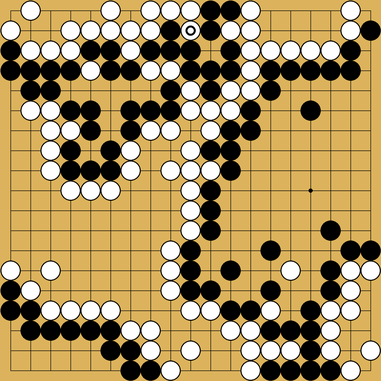 Looks like loki1725 gave up and resigned the corr games, even though there were only like 3 of them left. 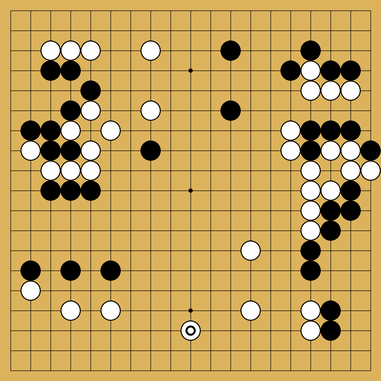 AI review isn’t full. Only a few moves are available. Is it stuck?

I think there was a thread about it, anoek said he’s on it. 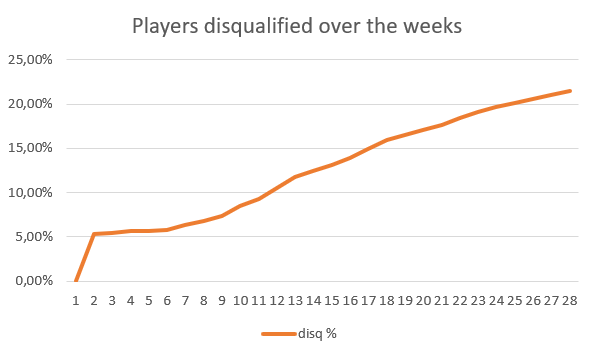 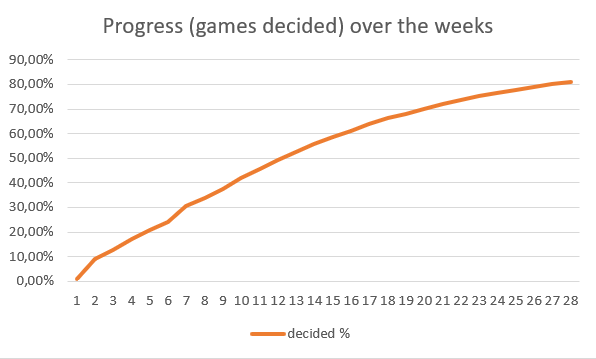 Fortunately I don’t have the slightest problem talking to myself. (As long as the form software lets me.) 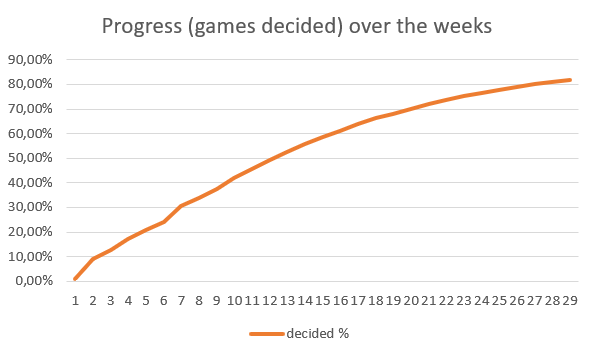 No worry we like your stats. Keep the good work!

Given that some of the statistics (like Min and Max games decided) are going to be unchanging for a long time, it might be useful to have something like a histogram of “unfinished games”. How many players have 9 ongoing games? How many 8? How many 7? Etc.

Aaaaah, here we are, mid-January 2021, and ready for more stats! I manually went through the entire tournament page, checking group after group, player after player, to bring you these interesting news!!

There may be a little bit of human error especially for the bigger numbers, but hey. Should be good enough for funsies.

All in all, we can all agree on one thing. IN EVERY TOURNAMENT, THERE’S SOMEONE LIKE THAT:

Three groups have 3 disqualified players, including the top group, which has only one kyu player.

I guess this is a typo. Should be 6 disqualified rather than 3 (at least for the top group, I’m too lazy to search for the other groups to check!)

Thank you for the effort that went into working all this out!

it might be useful to have something like a histogram of “unfinished games”. How many players have 9 ongoing games? How many 8? How many 7? Etc.

Please check my charts.
There are many of these informations.
Maybe they aren’t very intuitive: if you have questions, please ask.

Data should be updated to few days ago.

Update on January the 19th. All charts are from my dashboard (link in my previous message Through the Years: Long Correspondence - #557 by Lys)

It has been viewed 76 times so far and I believe it’s mostly me checking it after udates.

I made it because I wanted to show off, of course

, but also to share some data avoiding manual work to other players (if they are interested: I don’t wanna break anybody’s toy

).
If there’s something you’d like to add, feel free to comment here or to PM me. I enjoy analysing data, so it could be an interesting challenge for me.
The big thing that I miss is groups membership: I couldn’t gather that from the server. It could be done once manually and added to the databases though. 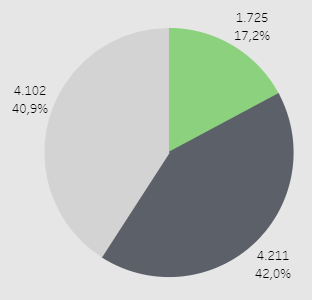 1725 games still undecided.
Black won slightly more than white so far (42% vs 40,9%). This difference is stable in the last two months, but it’s still provisional. 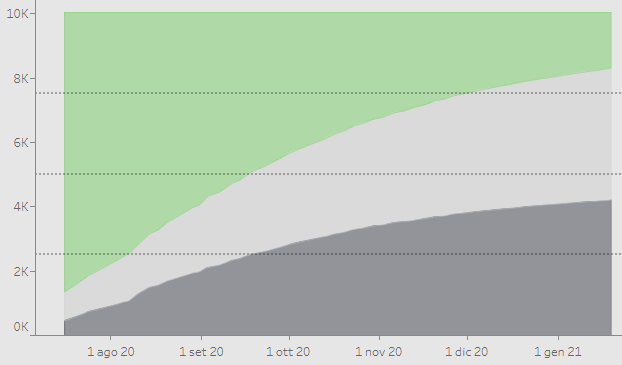 Curve of decided games is increasing slower and slower, as expected.

14 players didn’t complete a game.
909 completed all of their games.
548 have just one game in progress. I am one of them.

a histogram of “unfinished games”

The above chart is the opposite: it displays finished games. You can get the unfinished number by difference, knowing that everybody (except 3 players) have 9 games. 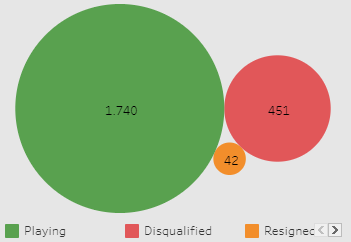 Maybe I should put percentages in the disq/resign chart.
451 players disqualified and 42 resigned, so 22% of players won’t participate in next round, but this is even more provisional, of course, since these numbers are increasing every day.

149 players lost all of their games.
30 players won all of them.

166 players have the same amount of wins and losses. This number will eventually be zero, since every player has an odd number of games. So I expect this chart to be cut in half after the round is completed. 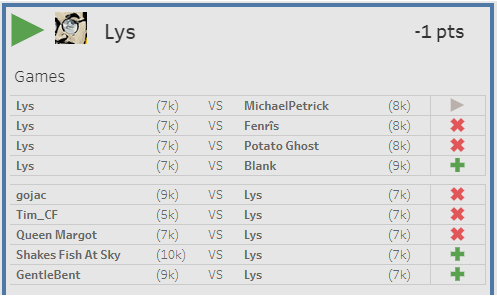 My score so far isn’t very good.
If you want to check yours (or someone else’s), just type few letters in the Search box. Detailed instructions are inside the light bulb

Charts are someway interactive (following the above link! In this message they are just pictures): you can hover or tap or click here and there in order to display further details or numbers or to open a game. 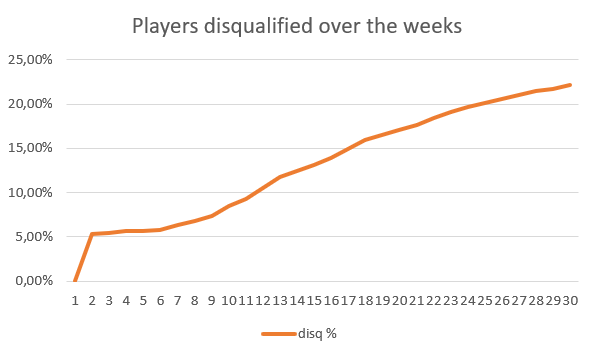 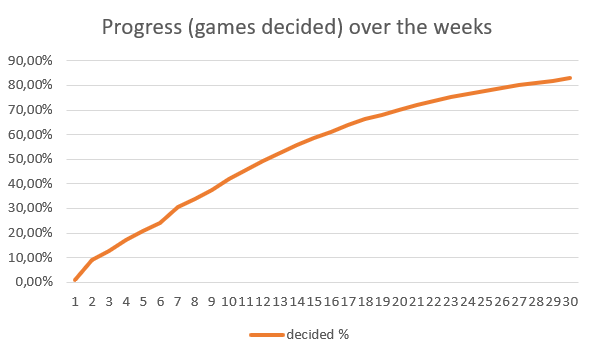