How’s that even possible? 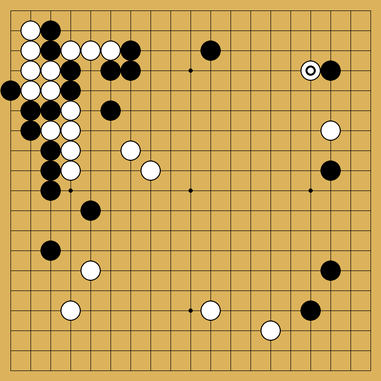 In fact, there always are time limits. Maybe some other bug as well, given that recently this issue was reported several times.

Yeah, there’s a hard cap even on no time limit of someone not moving in like 30 days. It keeps games from being stuck open potentially forever.

Probably shouldn’t call it that then x_x could the games be made cancelable after 30 days of inactivity? Or option to claim victory? This just happened to my friend and I. He lives in Japan and is a busy guy. I don’t care about win or lose, I just wanted to play a game with no time pressure.

M’god! This is unsettling, my friend dropped his attempts to continue using turn-based servers, since this huge bummer was the last straw… Gonna reassign votes at uservoice

Thanks for replies, guys.

I mean if you can’t find 10 seconds out of 30days to play one move… Yeah… that’s pretty much it.

I mean if you can’t find 10 seconds out of 30days to play one move… Yeah… that’s pretty much it.

The players were specifically requesting a slowly going game. Those last years, quite literally. Skipping just one month out of tens is not such a big dial.
Most correspondence players do not play that slowly (I don’t), but some do. Maybe it’s a Malkovich game. Maybe one of the players was anticipating spending a couple of months without Internet connection. Maybe they just enjoy old school correspondence games, playing one move per week while spending a couple of hours analyzing that move.
I think a correspondence server should support playing at such low speed. A hybrid server like OGS should at the very least clearly indicate it doesn’t if it doesn’t.

This is exactly what I’m talking about. Players are being alienated and issue after issue, there’s always a large body of people saying “too bad, hey used to it.” It is worrying. This is what made KGS so bad. No respect for feedback. “Too bad, get used to it or leave” is the tone. Guess what new/frustrated players choose not often than not? Like if it’s not “the server literally doesn’t work,” nobody’s willing to explore a criticism. Too small, not worth the time.

It’s not a matter of respect for feedback but honestly so many people come on the forums with “problems” that really don’t matter.

This one sure I could understand, it said the time was unlimited, but it timed out sure that’s a issue of like false advertisement. Honestly though what fix is there for it? your suggestion requires one of the two players to still be active and if they aren’t the more open games will put more and more strain on the server.

Other suggestions you have made for other issues makes more work for moderators they do this in their spare time and for free, putting more and more work on for them to do hardly seems fair.

This one sure I could understand, it said the time was unlimited, but it timed out sure that’s a issue of like false advertisement.

That’s the main problem there, yes.

Honestly though what fix is there for it?

Ideally, the internal time limit can be increased to, say, a year so slower time settings can be supported. The OGS devs are nice guys, but their idea of correspondence is some insane blitz.

I don’t think that server should spend increasing amounts of effort in tracking such games. There surely should be some clean-up process, but it might be a scheduled routine, which finishes really idle game, after like 6-12 months of inactivity.

No server ever would flush your account after a month of doing nothing, why the game list should be any different?