The tournament had some problems. Now I have 10 ghost games not listed in my home page but counted in the number on the top bar. They are 5 games repeated 2 times each.
If I try to call a modeator I get error 500.
What should I do?
I wish to have them cancelled

Should I simply resign?

I’m wondering as well. I think that will count as a loss for your ranking, if both players have made a move.
Unless a moderator or @anoek annulls the games.

I’ll just play the games, but it would be nice to have them all in the game list on my home page, instead of only in the black circle number when it is my move…

These games doesn’t have a link to the tournament game and have a strange behaviour: they aren’t listed in the home page and it’s impossible to call a moderator from them (error 500… well I didn’t try this from other games just not to bother moderators with a test, so I can’t be sure this is an issue only on these games).

OK I think I’ve got things squared away. Those games were in a bit of a funky state, I think I have everyone more’less fixed up though. Let me know if anyone has any issues.

@anoek: I’m sorry, but nothing changed for me. I still have 10 ghost games not visible in my home but still running. In few hours my time will expire.
The only way for me to access these games is the circled number in the top bar. It’s also very annoying to cycle through these ten ghost games when I want to make a move in a real one.

I’m thinking about resigning them all and see what happens.

I also received notifications with a wrong time left.

I just resigned this game:

It doesn’t appear in my game history.

Here is a notification I just received:

Here is the game linked by the notification: 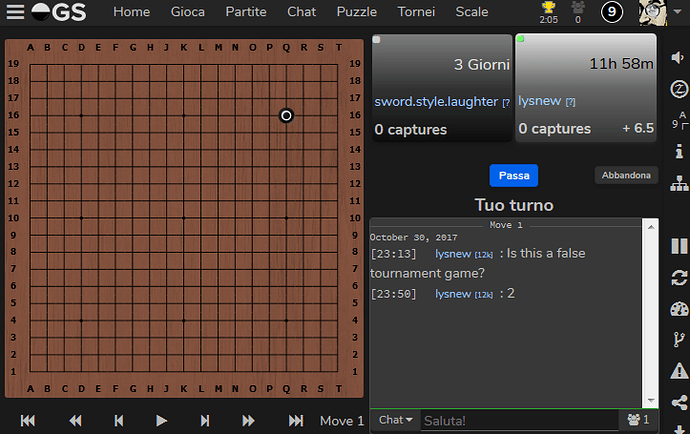 Look at the timer!

I had been posting about this issue in the help chat.

I have the same issue (as I presume everyone in the tournament does). I would like to play these extra games as some of mine have progressed quite far (one is finished). None of these show in my game list (black circle only) and in the finished one I had to go searching through my browser history to find the game to check if my opponent resigned. This game did show in my list of completed games and I’m wondering if any of these are ranked games?

It would be great if these games could get added to regular game list.

Thanks for your efforts anoek!

I resigned all of them. No one is in my history.

All those … games will be lost in time, like tears…in rain. Time to move on!