I recently finished a game in this tournament and noticed that the next round isn’t starting. Actually, by going on the tournament’s page I can’t even see the state of the current round. Is this normal ?

There’s still one game going on in the first round. On the tournament page you should see the winner of each game highlighted in green. 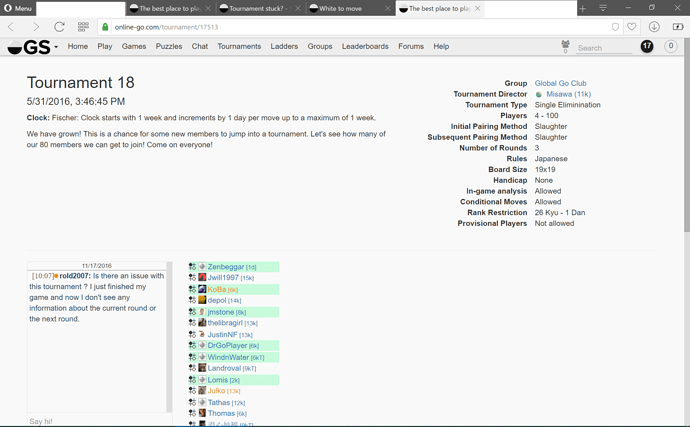 That’s because it’s the first round of the tournament.
See for example another Elimination tournament: https://online-go.com/tournament/22300.

The subsequent round is generated only when all the winners from the previous round are known.

Oh, now I understand ! I never played in an Elimination tournament before so I didn’t understand the UI.
Topic closed !