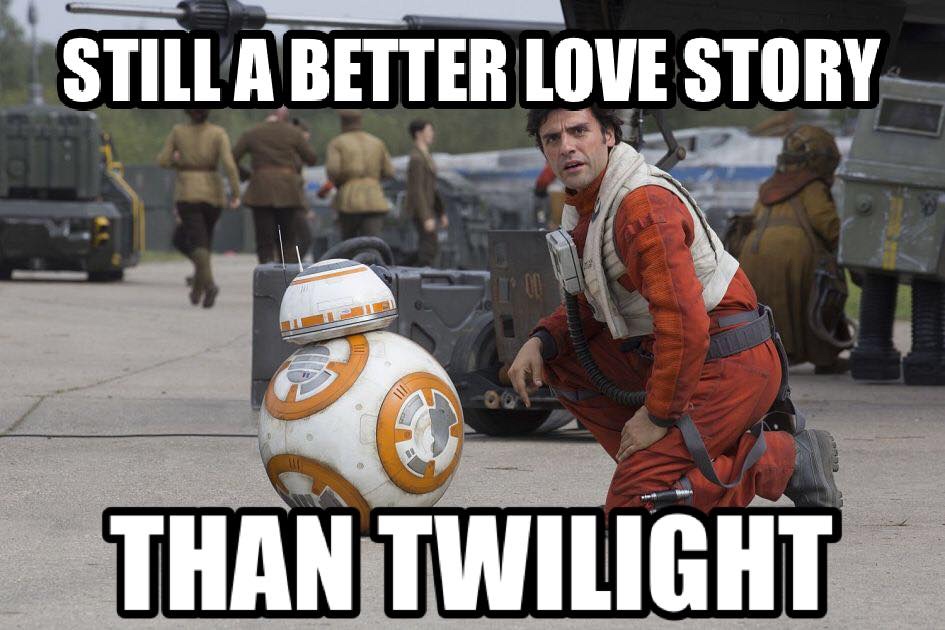 Was it though? Im actually a fan of the books myself, having read them at least two times through. I was in a vampire phase, i read a lot of books… but on reflection backward, i dont think they were that great a story, and i dont think they were all that well written, especially the last book. But that is just my opinion.

I dont Hate twilight though. i just dont think they are nearly as good as many people thinks.

Fun Fact: Kristen Stewart has an enviable Erdős-Bacon number of 7

I dont Hate twilight though. i just dont think they are nearly as good as many people thinks.

I don’t know what other people think. I do know that I enjoyed the films, greatly respect Stephanie Meyer as an author, and felt the books were pretty darn close to the films.

If you learn about Stephanie’s struggles with the publishing house that handled her books, you will realize they are hardly the perfect vision Stephanie intended or desired. She laments greatly that her books were released before she felt finished. She is also upset with the lackluster degree of editing that the publishing house put into her manuscripts.

I have read many vampire books and supernatural books in general. I’m not sure what stories you feel totally eclipse (pun intended) the Twilight series, but I’d love to hear your thoughts. Ann Rice’s The Vampire Chronicles is pretty darn good. I’m also a huge fan of the Underworld series, though I enjoyed some entries far more than others. A year and a half ago I read Richelle Mead’s Vampire Academy and Bloodlines series and they blew my mind. They are truly wonderful.

I enjoyed the twilight series in both book and movie form, but I wouldn’t regard either as “well made”, just enjoyable (which was fine for me)

If that was a general question and not directed toward Lord_o_o_Spoon, then “Luminosity” and its sequel “Radiance” by Alicorn, a Twilight rational!fic. It is actually the reason I watched the movies: I knew Luminosity would be so good that I would want to know what canon was in order to enjoy it most fully, so I watched all the movies before reading it.

Step 1: take canon!Bella, and make her unusually intelligent.
Step 2: take the universe as presented by Meyer and come up with reasonable and rational explanations for everything relevant to the story.
Step 3: make some villainous characters (esp. the Volturi) more intelligent because “If you give Frodo a lightsaber, you have to give Sauron the Death Star”, as EY said.
Step 4: write an awesome story keeping faithful to the above points while working in some jabs at the source material. (Alicorn is a fan of the original, so don’t worry about it getting vindictive)

The result is a story that starts out like canon, then starts to diverge (Alice uses her powers to save Bella from the truck in a more subtle way than Edward did in canon (getting there 30 seconds earlier and pulling Bella along while talking until she was out of the way of where the truck would hit), which gives her plausible deniability as to any supernatural explanation), and then starts to diverge more (when captured by James, Bella pulls a Batman gambit to convince James to bring her to the Volturi), and pretty soon is going in a completely different direction to canon (Bella and Edward’s daughter is named Elspeth and the second book is a timeskip to when Elspeth is older and is from her POV instead of her mother’s).

EDIT: I won’t say who she is, but the introduction of Allirea is one of the best character introductions I’ve seen. Try to see if you can guess her power before she explains it.