Unofficial Honinbo vs Female Honinbo game on the horizon?

This is half of the crosstable of this year’s Tengen. 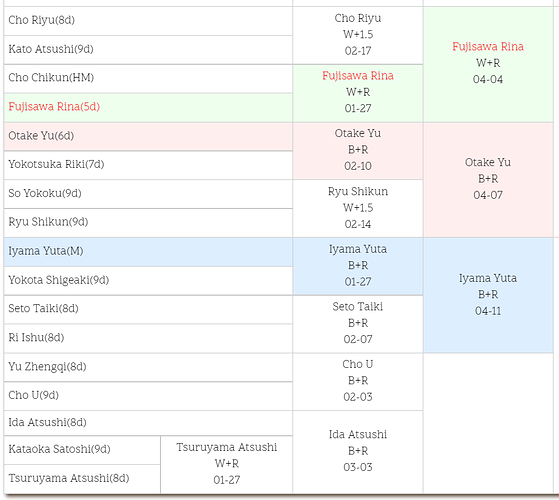 Iyama Yuta is the Honinbo. Fujisawa Rina is the Female Honinbo.

The winner of that game probably has at least a one third chance of becoming the challenger, and will face Murakawa Daisuke in the next round.

They’re in the other half of the tournament to Rina and Iyama.

Would be cool to see Fujisawa and Rina play. I’d also like to see Cho play Iyama. Seems like the match between Cho and Ida should have been scheduled. Maybe they are busy.